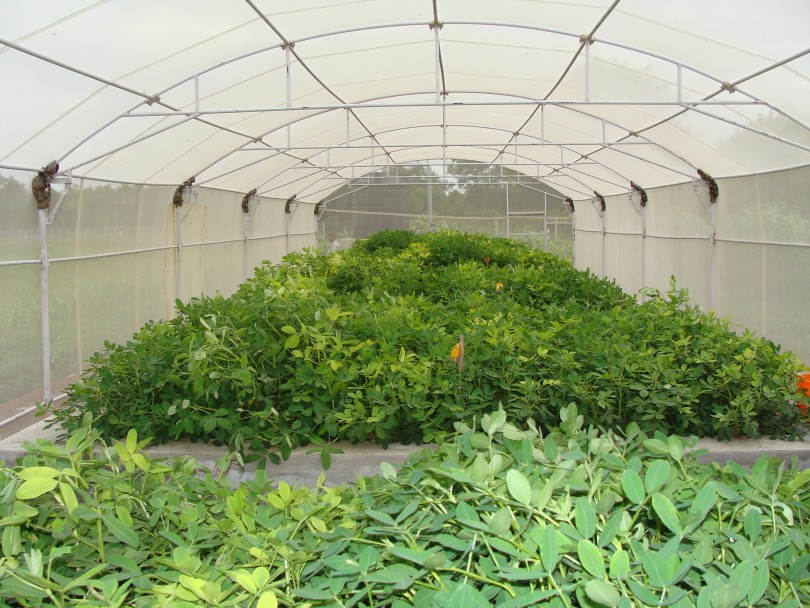 Vivian Fernandes reports on an important research breakthrough at Icrisat.

Scientists at Hyderabad’s Icrisat in collaboration with those from the United States have developed two mechanisms to suppress aflatoxin-producing fungus in groundnuts using biotechnological tools.

If groundnuts containing these traits are approved for large-scale cultivation, India will be able to reduce losses caused by aflatoxin contamination,  improve food safety and be able to export more to countries which have little tolerance to its presence in groundnut, maize and de-oiled cakes which are used as animal feed.

Approval for commercial release is a long-way off and may even never be given considering the hold that activists opposing genetic-modification technology have on decision-makers. But the research breakthrough is significant because aflatoxin affects about five billion people, according to a report on the website of Icrisat, the International Crop Research Institute for the Semi-Arid Tropics.

The moulds, Aspergillus flavus and Aspergillus parasiticus, which infect groundnut, maize, cottonseed and chilly, produce a poison which suppresses the immune system, hinders growth in children and can even cause liver cancer.

Contamination caused by these moulds leads to a huge amount of wastage. It also constricts trade. The United States does not allow the sale and export of food with aflatoxin levels exceeding 20 parts per billion (ppb). European Union standards are more stringent; the bar is 2 ppb.

Last December, the Agricultural and Processed Food Export Development Authority (Apeda) cancelled the licenses of five groundnut exporters after their consignments to Vietnam and the EU were found to be repeatedly breaching prescribed moisture and aflatoxin levels.

Working with Dilip Shah of Donald Danforth Plant Science Centre in the US, Icrisat scientists transferred small proteins called defensins from alfalfa, a protein-rich fodder legume and the Mediterranean clover to the DNA of an Aspergillus-susceptible peanut variety (JL 24) widely grown in India and Africa.   These defensins enable groundnut to stop the fungus from infecting and propagating.

The second approach, called Host-Induced Gene Silencing or HIGS, uses a naturally occurring biological mechanism where plants and pathogens often exchange small nucleic acid molecules, RNAi, during the infection process. It is like a vaccine to induce a strong immune response. In collaboration with researchers from US Department of Agriculture’s Food and Feed Safety Research unit and Louisiana State University, Icrisat scientists were able to transfer into groundnut small RNA molecules from the Aspergillus fungus that are involved in the aflatoxin biosynthetic pathway. The groundnuts produced these RNA molecules during fungal attacks and inactivated target genes responsible for aflatoxin synthesis.

This breakthrough research has been published in the Plant Biotechnology Journal. Other crops like maize, cottonseed, chilli, almond and piscachio can be similarly protected.

Kiran Sharma, Principal Scientist, Icrisat  added, “I have been working on aflatoxin mitigation for several years and could not see much progress until now. Utilizing integrated biotechnologies will effectively deal with aflatoxin contamination in groundnuts and other crops throughout the crop value chain.”

The fungus which produces the toxin can stay dormant in soil for years. It infects maize and groundnut during drought and heat stresses. Contamination also happens when grain is stored in hot, humid and poorly-ventilated conditions.

In both approaches the traits were seen  in three generations. Remarkable aflatoxin resistance was found in the studies. Using a highly sensitive tool, researchers could detect hardly any trace of aflatoxin (below 1 ppb) after three days of fungus inoculation compared to control seeds which accumulated over 3000 ppb.