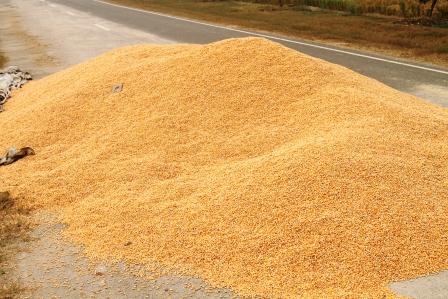 Food inflation is climbing towards pre-pandemic levels which might make it difficult for the Reserve Bank to cut interest rates and even continue with its loose money policy, even as India’s GDP growth for the current financial year has been officially revised to minus 7.7 percent, reports Harish Damodaran in an article in the Indian Express.

Damodaran says the UN Food and Agriculture Organisation’s latest Food Price Index (FPI) number for December averaged 107.5 points, the highest since November 2014. It has risen since May 2020 from a four-year low of 91 points to a six-year high in December.

The price of raw sugar futures traded at the Intercontinental Exchange has gone up from 13.50 cents a pound to 15.60 cents a pound in the last one year.

Crude palm oil has risen from 3,042 ringgit per tonne at the Kuala Lumpur’s Bursa Malaysia Derivatives Exchange to 3,817.

Export prices of Thai white rice with 5 percent broken content are at $512 a tonne versus $418 a tonne a year ago. The benchmark Cotlook A index for Far-East landed rates are at 86.55 cents per pound versus 78.75 cents.

Damodaran attributes the rise in prices to demand normalisation in most countries, including India. He says the stockpiling of commodities by China to build strategic food reserves amid rising geopolitical tensions and pandemic uncertainties is another reason. A third is very low global interest rates and easy liquidity:  money that flowed into equity markets is now going into agri-commodities in a situation of tightening world supplies.