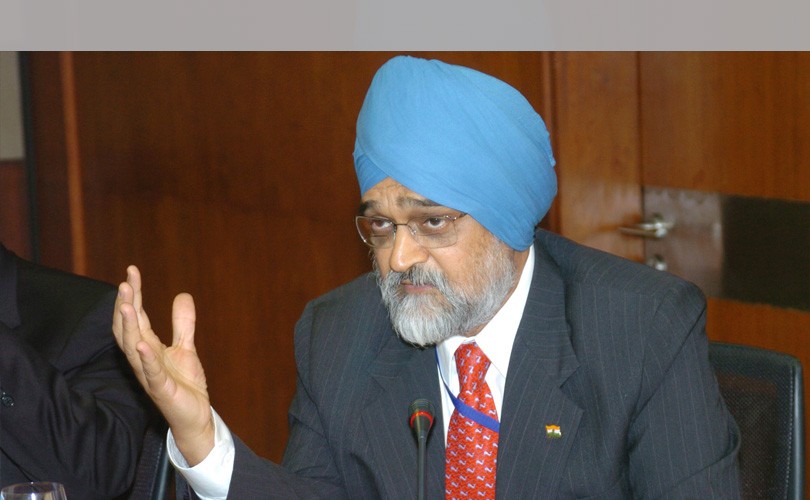 The former finance secretary and former deputy Chairman of the erstwhile Planning Commission does not want price controls on seeds. He says seed patents must be distinguished from drug patents while granting compulsory licenses.

In an article in the Mint newspaper, Montek Singh Ahluwalia has said that seeds must be removed from the list of essential commodities that are subject to price control because they deter future supply, especially because the private sector is now an important source of supply.
He cites the 2015-16 Economic Survey in support. It has argued that the objective of making good quality seeds adequately available is best left to the market.
In December, the agriculture ministry had brought genetically-modified Bt cottonseed under price control. In March, it had fixed the rate for a packet of 450 grams at Rs 800 and the fee to be paid to the provider of the insecticidal Bt gene (called trait value) at Rs 49 (down from Rs 180).
Ahluwalia says seed producers have welcomed this move, but farmers will be affected if the technology provider (Monsanto in this case) hesitates to bring a more potent Bt cotton technology to replace the current one which is losing vitality.
He says the development of new seeds is expensive, especially those with genetically-modified technology, where prolonged safety testing is involved. Public sector agri-biotech companies may not care about profitability but we cannot rely exclusively on them. In India’s experience, the private sector has done a good job of seed production and it could do more. The research budget of Monsanto alone is twice that of the Indian Council of Agricultural Research. Private sector companies, including multinationals, must be encouraged to be more involved in India’s agricultural sector and also partner with public sector institutions like agricultural universities.
There were no price controls on seeds before. The agriculture ministry’s move would have a chilling effect on all seed producers.
Ahluwalia has criticised the agriculture ministry for issuing a compulsory license on Bt cottonseed on 18 March. The order was put on hold five days later. Ahluwalia says the government cannot invoke the Essential Commodities Act to abolish patents granted under the Protection of Plant Varieties and Farmers’ Right Act (PPVFR). The latter has a procedure for grant of compulsory license if patented seeds or planting material is not available at a reasonable price. The act requires the technology provider to be heard, and provides for compensation to be paid if a license is compulsorily granted. None of these niceties were to be observed in the (frozen) order of the agriculture ministry. This, Ahluwalia says, will call into question India’s regard for the rule of law and might scare innovators away.
In the case of Monsanto’s Bt cottonseed, the conditions for grant of compulsory license were not there. There are about 50 licensees and the supply is adequate.
Ahluwalia wants the government to outline the circumstances under which a compulsory license on patented seeds and planting material may be given. There is need to distinguish between seed and drug patents, he says. Patented seeds are an input and their cost or affordability must be seen in relation to the additional productivity they ensure. In the case of patented drugs the ability of patients to pay for them is a critical factor.