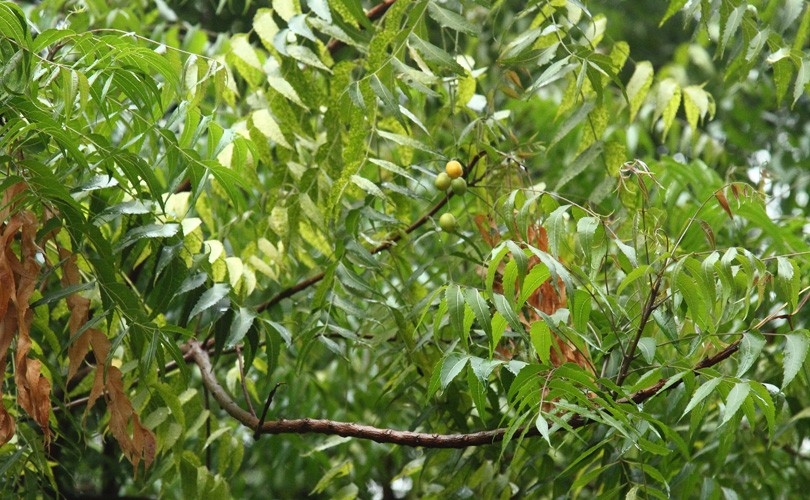 India has 25 million neem trees but uses just five percent of their potential to kill pests. Together with other uses, as for instance, in cosmetics, about 17 percent of neem’s potential is extracted, says Y Ramdev,  technical advisor to Renpap-Unido (or the Regional Network on Pesticides for Asia and the Pacific of the United National Industrial Development Organization).

Ramdev says Unido has standardized the traditional usages of neem so it can be taken to farmers who cannot afford to pay cash for chemical pest killers. The organization has promoted neem-based pesticides in ten states including Punjab, Maharashtra, West Bengal and Kerala.

Ramdev says China was woken up to neem and has planted 22 million trees. It has a big project for production and promotion of neem-based products. In Myanmar, up to 40 percent of neem’s potential is being used, Ramdev said. Laos, Cambodia, Malaysia and 12 African countries have taken to the tree. In Thailand it has created a cottage industry.

Though Ramdev is not against chemical pesticides, he says consumers prefer to avoid them in fruits and vegetables and are prepared to pay premium prices for those that have been treated with botanical pesticides.

Farmers can grow the tree for own use. This will bring down their cost of production and make agriculture less taxing on the environment. Ramdev was speaking at a conference on agro-chemicals hosted by Ficci, an industry chamber, in Delhi.