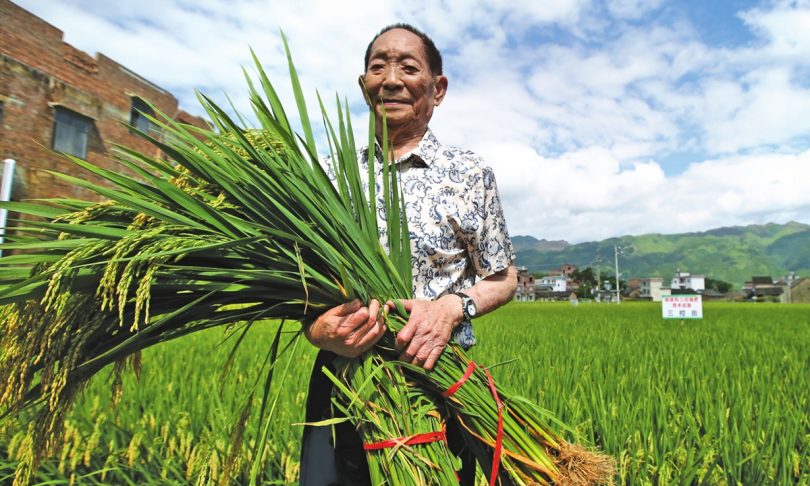 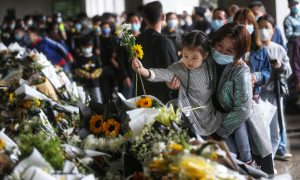 Mourners at the Mingyangshan Funeral Home in Changsha. Photo Courtesy of Global Times.

Yuan Longping who transformed China’s rice cultivation with hybrid rice technology died on 22 May at the age of 91. At the Mingyangshan Funeral Home in Changsha in Central China’s Hunan province, huge crowds from across the country waited in long lines to pay tributes to the ‘Father of Hybrid Rice,’ Global Times reported. The daily said the mourning was not limited to the site but was also observed in various forms across the country, including LED screens on city streets, videos live-streamed on social media platforms and on the delivery notes of flowers sent to the funeral parlour. Apart from flowers laid in front of Yuan’s portrait, ears of rice, lunch boxes and other forms of tributes were also placed,  the newspaper reported.

Yuan was the winner of the 2004 World Food Prize along with Monty Jones, a rice breeder of Sierra Leone. Yuan graduated in crop genetics and plant breeding from China’s Southwest Agricultural University in 1953, He began research in 1964 and unexpectedly found a naturally occurring wild male sterile rice variety. This was useful for hybridisation or developing offspring which grow faster and yield more grain than either parent. Since rice is a self-pollinating plant it was thought that it could not produce hybrids. But by being the first person to be able to isolate the genetic elements involved, Yuan was able to alter the self-pollinating characteristic of rice. By 1974, Yuan had released a commercial hybrid, Nan-you No. 2, which transformed rice cultivation in China. With yields 20 percent above conventional varieties, Yuan’s new rice spread so widely that half of China’s total rice-producing area was planted with hybrid rice in 2003. Yuan’s discoveries helped China raise rice production (not paddy, which will be a third more) from an average of 82 million tonnes between 1972 and 1974 to 142 million tonnes between 2017 and 2019, according to Faostat. The International Rice Research Institute says its average rice yield was 6.5 tonnes per hectare in 2014 and for super varieties 12 tonnes per hectare.

Yuan continued to do research and developed still higher-yielding super hybrid rice that produced so much grain that they resembled a waterfall, according to a video shown at the 2004 World Food Prize ceremony. These discoveries helped other rice-producing countries to vastly increase their output and feed their growing populations. So much so, that then Philippine President Gloria Macapagal Arroyo nominated Yuan to the 2004 World Food Prize.