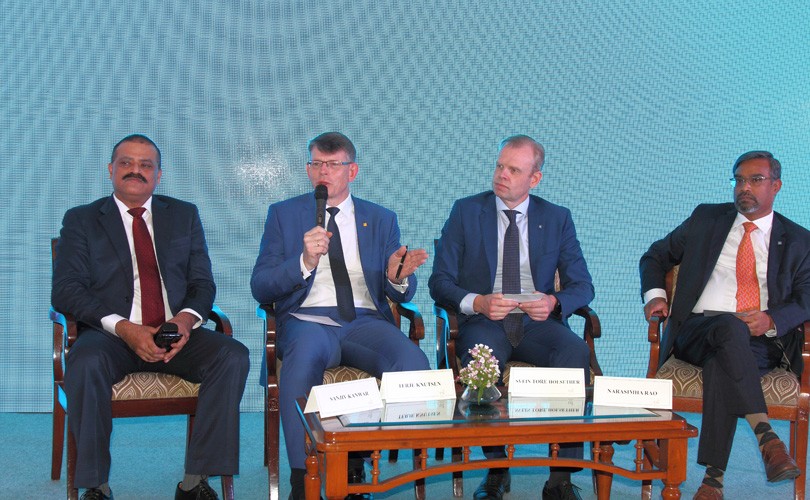 New Delhi, 12 January, 2018:  Yara Fertilisers India announced the completion of its acquisition of Tata Chemicals’ 1.2 million tonne per year urea manufacturing plant at Babrala in Uttar Pradesh for about $420 million or Rs 2,682 cr. This will give it access to 31 million hectares of cereals and 400 million hectares of fruits and vegetables in North India, it said.

Yara is a Norwegian company established in 1905. It has operations in 60 countries and sells in 160. In India, it has been selling customized crop nutrients for 20 years though partners like Tata Chemicals. In 2011, it set up a marketing unit in Pune as it wanted to engage directly with tomato, grape, banana and vegetable farmers in Maharashtra, which it calls the “California of India” for its focus on cash crops.

With the Babrala acquisition, it will address wheat, rice, cotton and potato crops. It already has a presence among apple and sugarcane growers.

“It is not about selling product but selling good solutions,” Terje Knutsen, Yara International’s Executive Vice President, Crop Nutrition said. This requires engaging with farmers to acquire deep knowledge about plant requirements and farming practices. The product sold must make money for farmers if they are to make repeat purchases. Last year, the company had 8,000 engagements with farmers in India, he said. Yara Fertilizers had 140 employees on its payroll in 2017. This will rise to 600 with the Babrala plant acquisition.

Obtaining product approval in India is rather tedious,  Knutsen admitted. He cited the World Bank’s Ease of Doing Business report, according to which it takes 700 days on average for the government to approve customized plant nutrient solutions.

Narasimha Rao, Yara Fertilisers India’s CEO and President admitted that the issue of subsidy on urea, which was leading to its over-use at the cost of other nutrients was “very complex” but he saw optimism in the government’s policy of nutrient-based subsidy and its direct transfer to farmers’ bank accounts. “We would like to have a dialogue with the government,” he said, “so that the incentives go hand in hand with what is good” not only for farmers but also the nation.