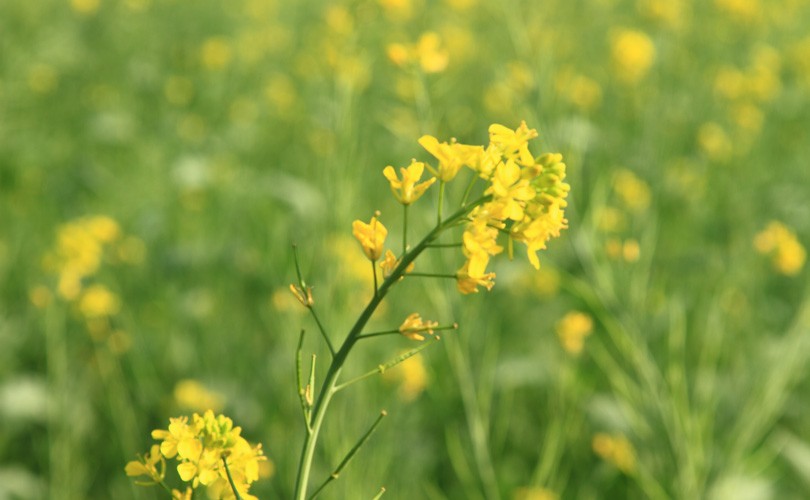 Area under genetically-modified (GM) crops increased by 5.4 million hectares (mha) in 2016 to 181.1 mha over the previous year, the South Asia Biotechnology Centre (SABC) said in a press release quoting data put out by ISAAA, a GM crop advocacy.  India, it said, is only one step away from approval of genetically-engineered mustard for planting in farmers’ fields, though it is not clear whether and when the government will take that leap, given ideological opposition to GM crops within the ruling party.  But there is support for GE mustard from NITI Aayog, the Chief Economic Adviser and the Department of Biotechnology. The environment ministry has also defended the regulatory process and the soundness of the bio-safety data that was placed in the public domain.

“Approval of GM mustard is absolutely critical for the morale of the scientific and farming community and the overall development of the science of biotechnology in India,” C D Mayee, President of SABC  said.  “Critical scientific mass in agriculture in our country is on the verge of collapse,” if the government remains “indecisive about the application of GM technology in agriculture,” he added.

Brazil increased areas under biotech crops — soybean, maize, cotton and canola — by 11 percent in 2016 becoming the second largest producer of biotech crops after the United States.  “Biotechnology is one of the tools necessary in helping farmers grow more food on less land,” explained ISAAA Global Coordinator Randy Hautea. “However, the promises of biotech crops can only be unlocked if farmers are able to buy and plant these crops, following a scientific approach to regulatory reviews and approvals.”

As more varieties of biotech crops are approved and commercialized for use by farmers, ISAAA expects adoption rates to rise in developing countries. For example, among African nations where regulatory processes have traditionally created barriers to adoption of biotech crops, advances have been seen. In 2016, South Africa and Sudan increased the planting of biotech maize, soybean and cotton to 2.66 mha from 2.29 mha in 2015. Elsewhere on the continent, acceptance is emerging as Kenya, Malawi, Nigeria, Ethiopia, Ghana, Nigeria, Swaziland and Uganda make advances in regulatory review and commercial approvals for a variety of biotech crops.

For 2016, ISAAA also reports that there were improvements in the commercialization and plantings of biotech fruits and vegetables. These included the commercial approvals of Innate Russet Burbank Gen-2 potatoes that were approved by the U.S. Food and Drug Administration for sale in the United States and the Simplot Gen-1 White Russet brand potatoes that were approved by Health Canada for fresh market sale in Canada. These biotech potato varieties have lower levels of asparagine (a non-essential amino acid), which reduces the creation of acrylamide (formed in starchy foods)  during high-heat cooking. Additionally, the first commercially saleable quantities of Arctic Apples were harvested in 2016, stored over the winter and are projected to be sold in U.S. grocery stores in 2017.

(When will India get to plant GM mustard? A field of conventional mustard at Tikamgarh in Madhya Pradesh.  Photo by Vivian Fernandes).