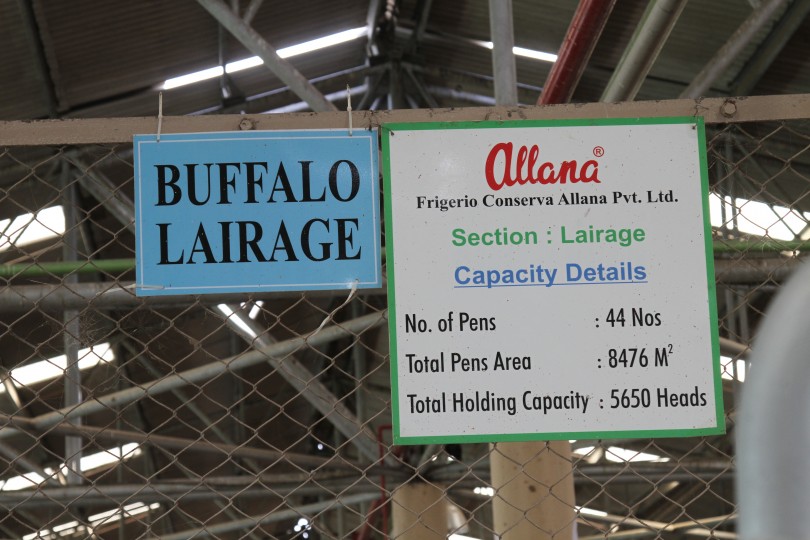 The new rules for regulating cattle markets prevent trade in animals for slaughter. They were framed on the Supreme Court’s direction but the meat industry’s interests do not seem to have been properly and adequately articulated in the committee that crafted the rules, reports Vivian Fernandes. (This report was first published in www.thequint.com)

“The norms are so onerous that no one will be able to fulfill them” said Sandeep Gupta, when apprised of the rules for regulation of livestock markets which the environment ministry notified on 23 May and the news media reported three days later. Gupta’s family owns and operates the exchange in Mathura where buffaloes are bought and sold every Saturday. His family has been at it since the 1940s.

The 20-acre plot, Gupta says, is in the heart of the city. He estimates its market value at about Rs 100 cr. The city administration had stopped him from operating it, but he beat the ban with a stay order from the Allahabad High Court. About 900-1,000 buffaloes are traded every Saturday and the Gupta family gets a commission of Rs 100 on every animal or about Rs 1 lakh a week.

To comply with the new norms, Gupta says he will have to raise his commission considerably. If not, he will have to get out of business altogether. The farmer will be ruined, feeding his non-milk giving buffalo for the rest of its unproductive life.  At Rs 150 a day for 10 kg of fodder a farmer would have to spend about Rs 54,000 for each of the five or six years that a buffalo is expected to live after it dries up.  By selling them for slaughter, they are spared this wasteful expense, and also get about Rs 30,000 which they may use to buy productive animals.

The sale of unproductive animals is intrinsic to the dairy economy. Only by selectively breeding high-yielding ones, and culling them when milk yield starts declining, or taking out males when young, can the dairy industry sustain itself. The new norms disrupt this model.

“When people find it difficult to feed their parents after retirement, how can farmers feeds old animals?” Gupta asks.

The environment ministry’s notification says any new animal market will have to be a covered area. It should have an adequate supply of feed and a place to store it. There should be assured water supply with multiple taps and troughs. The flooring must be non-slippery. “Bedding” must be provided for animals, and sand pits for equines to roll in. Sick and infirm animals must be housed in separate enclosures. There should be an onsite area for disposal of dead animals and facilities for evacuating dung and urine. Presumably, these standards do not apply to existing ones.

The cattle, including buffaloes, traded in the animal markets cannot be slaughtered. This means, abattoirs will have to do just-in-time slaughter as they cannot keep them in lairages, as at present.

Gupta says all the buffaloes sold though his exchange go to slaughterhouses. The new rules will effectively put him out of business. They require extensive documentation. A person selling cattle will have to furnish the name, address and photo ID of the owner, and details of the animals. The seller will have to provide proof of identity and the revenue document proving he is an agriculturist. Both buyer and seller have to undertake that the animals are not for slaughter. Five copies of the proof of sale have to be furnished to various authorities. They and the seller have to retain the documents for six months.

The owner is required to provide “wholesome food” and “wholesome water” to the cattle. Young animals, under the age of 6 months, cannot be traded. Currently, if they are male, farmers sell them so they do not have to be fed without gain for the rest of their lives.

The animal markets are supposed to have an adequate number of veterinary inspectors and para-staff to assist them. Fauzan Alavi, Director of Allanasons says the government does not appoint enough of them. The Maharashtra government does not also allow meat exporters to employ private veterinarians, even though the Foreign Trade Policy of 2001 called for it, and all other major buffalo meat exporting states have permitted it.   Allanasons is India’s biggest buffalo meat exporting group.

There is panic among animal market operators and buffalo suppliers ever since they came to know of the notification, said Ayaz Siddique, General Manager (Operations) at Allanasons’ factory in Aligarh.

How are buffalo meat exporters and abattoirs that cater to the domestic market supposed to procure animals? Alavi presumes their agents will have to buy them directly from farmers or the farmers will have to bring them to on their own to slaughterhouses. This is not only impractical, it will not allow efficient price discovery, which happens in a market. Such freelance transactions can attract attacks by cow vigilantes who might charge the transporters with hauling lactating cattle (prohibited) in the absence of official certification.

“We are not in confrontation with the government. We want to gets the rules amended,” said D B Sabharwall, Secretary-General of the All India Meat and Livestock Exporters Association.

Off the record, meat exporters say the notification is “mischievous.” They suspect its aim is to strangulate the buffalo meat trade which is predominately owned by Muslims.  The aim is to ban slaughter of buffaloes altogether, though the laws ban only the killing of cows, completely in some states, and conditionally in others.  This is the reason why animal markets cannot be set up within 25 km of state borders and 50 km from the international border.

Farmers in states like Gujarat, which has a flourishing dairy industry, but whose chief minister wants to turn it completely vegetarian, sell their animals to traders from other states.  Home Minister Rajnath Singh had said he was determined to choke the flow of cattle to Bangladesh (for slaughter).

There is a pattern to these notifications. In Uttar Pradesh, Chief Minister Yogi Adityanath ordered the closure of slaughterhouses that did not meet pollution, health and animal welfare norms. All the licensed abattoirs that supply to the local market are government owned but do not make the grade.  The government does not abide by the laws and rules, but people are made to pay for it.

Ditto with animal markets. The government has not itself set up ones that meet prescribed standards. Now it is trying to drive out private, unorganized ones that meet felt needs.

With Islam’s holy month of fasting ─ Ramazan ─ starting on 28 May (tomorrow), the difficulty in getting buffalo meat might spark communal tension.

(Top photo: Even lairages have been brought within the definition of animal markets where trade in animals for slaughter is prohibited. Photo by Vivian Fernandes)