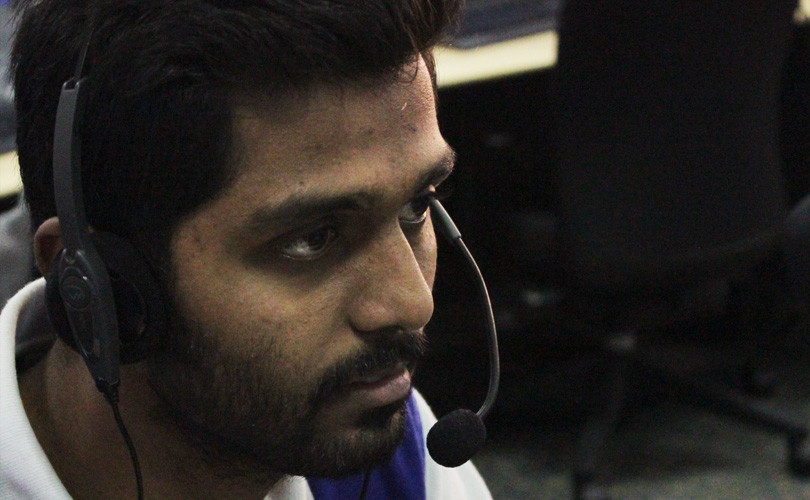 Without right agronomic practices, seeds, even those with technology embedded in them, cannot deliver on their promises. The leaders in the field are investing in advisory services. This is not just a marketing tool. The insights they gain and the data they collect might make the service a business in its own right. At least one Indian company has woken up to this business opportunity. But most are somnolent, including the Indian government, reports Vivian Fernandes.

It is mid-morning. Lalan’s tomato crop has been afflicted by early blight. The farmer from Madhya Pradesh’s Satna district calls a number. It is picked up by an adviser at a highrise in Malad, a Mumbai suburb. Lalan complains he has applied copper oxychloride without effect. The adviser asks him whether he has sprayed the plant on  both sides. He suggests mancozeb instead. The farmer says the fix is effective but not available. ‘Try the Krishi Vigyan Kendra,’ the adviser tells him. He also gives Lalan the third option of using cholorothalonil. ‘I can spell it out for you or you can call me from the shop,’ he says. He advises Lalan to be quick about it because blight is contagious.

Lalan had called before, so the screen prompts his details. The tomato crop is 44 days old. Lalan is advised to spray calcium nitrate to initiate flowering and also give bamboo supports to the plants.

The agent is Pravin Mane, 26, a graduate of agricultural sciences. He has been at the job for three years. On the day of the visit, there were thirty of them on the phones out of a total of 42.

A farmer from Nalajhar village in Chhattisgarh’s Bastar district is next on the line. He calls about ‘Sardar’ brand tomato seeds. Mane says he cannot advice on non-company brands.

Jethuram Markham wants to know why the leaves of his maize crop are reddening. ‘Phosphorous deficiency,’ Mane tells him and prescribes a foliar spray. Markham makes more enquiries; Mane apologises for being unable to answer all the queries as the maize seeds Markham has bought have been newly introduced. He offers to call back with the information.

A Marathi caller seeks advice about his cotton crop. The screen prompts adviser Sachin Bhosle, 23, that it is Vijay Devaji Hulke, 34, of Seraj Khurd village in Korpana of Chandrapur. Bhosle is also a B.Sc in agriculture and has been seven months into the job. Hulke has 22 acres, and the soil is heavy or clayey. He has five acres under cotton and the first call was made on 14 June, 2014.  Hulke, the screen says, has been calling about fertilizer management, pest control, nipping and plant rejuvenation.

Though seeds decide how much a plant will yield and whether it can resist pests, fight diseases or thrive in adverse weather conditions, they cannot deliver on their potential if farmers do not plant them at the right time, neglect proper spacing, misalign nutrient supply with stages of growth, ignore preventive measures or fail in taking curative action should there be a pest and disease attack. It is not just the genetic make-up of plants; their nurture also determines the quality and volume of output.

In the tough marketplace of the seeds business, companies realise that they can retain a lead over rivals only if the technology they have embedded in seeds is translated into yields in farmers’ fields. The technology development manager, who has set up the ‘agvisory,’ says the company will succeed only if farmers succeed, echoing the global head of the multinational corporation he was working for (he has since moved on).

At a talkathon on maize in Delhi in April, Suresh Kumar, Punjab’s additional chief secretary, who is driving the state’s partial switchover from paddy to maize in order to conserve groundwater, admonished the contracted companies for under-performing seeds.  Though the state supplied seeds declared suitable by Punjab Agricultural University, farmers’ yields were half of those in regulated conditions. ‘Please go to farmers with a credible product,’ he advised them.

The fault may not be in the seeds themselves. They will not deliver on the promise if grown in inappropriate soil and weather conditions or the farming practices are such as do not bring the best out of them. Within the country there are wide gaps in yields between states. Punjab produces on average 4.8 tonnes of wheat per hectare while in Madhya Pradesh it is 2.4 tonnes per ha. Andhra’s kharif rice yield is 2.5 tonnes per ha and that of Bihar is 1.7 tonnes per ha. International comparisons are starker. USA’s maize yield is 11 tonnes per ha, while that of India is 2.5 tonnes per ha, though rabi maize yields in Bihar and Andhra are higher.

When a farmer calls a number, they are not offered a menu of options or told to press a number of keys. The first four digits of a mobile number are unique to a state and the call is automatically assigned to advisers who speak the state’s language. Conversational language and local usages are preferred to put farmers at ease. For instance, instead of the Hindi word ‘sinchayi’ for irrigation, a caller from Bihar will hear the word ‘patwan;’  for corn tassels, the preferred word is ‘dhanasees’ and not the formal ‘pushpan.’

Advisers arrive at the right solution through a process of elimination by asking questions for which answers are provided in the ‘if this then that’ format. ‘Is the leaf yellow?’ ‘Are they yellow at the lower or upper part of the plant?’ ‘Are they yellow along the edges or at either ends?’ The decision tree has relevant photographs and text to guide the advisers.

There is also an outbound service where a blank call is made to the farmer and a recorded message is played out to them about what they should do depending on the stage of the crop. If there are ten farmers in a village and each of them has different types of soil, hybrids and different sowing dates, they will get different advices, the advisory service manager says.  Depending on the date of sowing and other details that are fed, the computer prepares the entire calendar of operations, which are sent out as one minute voice alerts.

There are three levels of support. If an advisor cannot solve a query, they escalate it to the next level. An email with the Q&A exchange that took place at the advisor level is copied to the email along with the farmer’s profile. The response from the adviser at the second level has to be communicated to the caller within seventy two hours.

If it cannot be solved even at level two, it is escalated to level 3, that is the local sales and technology staff, who visit the field and make suggestions. The advisers are usually agricultural science graduates

An adviser at Monsanto’s call centre in Mumbai. Photo by Vivian Fernandes, February 2015

or have a farming background. To qualify they have to pass a written test and undergo three months of training. Regular meetings with farmers, and with in-house sales and development teams makes their knowledge less abstract.  It also brings in the human element. Advisers say that farmers sometimes call to thank them. There are those who insist on speaking to favourite advisers. Satisfaction levels are said to be high; the attrition rate is three percent, much lower than that for the call centre industry.

The advisory is currently free. Four million farmers have accessed the service since 2010, without advertising, by just word of mouth.  This speaks for the credibility of the information provided. ‘The backend advisory tool we have developed is the bible on corn,’ says the India-region CEO. There are advisories for cotton and vegetable seeds as well, the business which the company is engaged in India. The value of the advisory depends on how relevant it is to farmers. And it is not just a means to drive the seeds business. ‘We are clearly transforming now from being a seeds and biotechnology company to being a solutions provider,’ says the CEO. As the business evolves, she says, there will be gradations ranging from base content, which might be free, to fee-based farm specific solutions.

The CEO is Shilpa Divekar Nirula and the company is Monsanto India.

The Ministry of Agriculture also has Kisan Call Centre, which is supposed to answer queries from 6 a.m to 10 p.m, except on holidays. I asked farmers of Nayagaon in Bihar’s Samastipur district  to call the toll-free number a day after Diwali. Fourteen farmers called, only one was able to get through. When he asked whether it was the right time to sow wheat as it was still warm, the voice at the other end cheekily replied: ‘abhi nahin kijiye toh Janavari mein karoge kya?’  (If not now, when will you do it, in January?)  After registration, he was told to wait for an expert. Six minutes later, the line was cut.  It was the second time they were calling and it was a repeat experience.