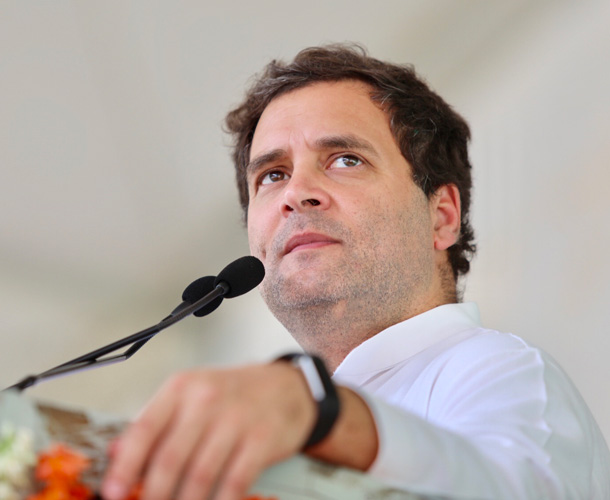 In an interview to the newspaper Mint, Congress Party President Rahul Gandhi lists the things that need to be done so Indian farmers can help themselves, but his emphasis on waiving loans betrays a lack of confidence in their ability to do so. Certainly not all can live off their small farms; they just do not produce enough to sell and earn a decent income. They will have to find other sources of  earnings, but will Gandhi make policies that will enable those with adequate marketable surplus to live with dignity?

He says there is no “magic wand;” what is needed is a “composite policy” and “strategic intervention.” The fall in global commodity prices, rising inputs costs and volatility in the prices of agri-commodities has made smallholder farmers vulnerable.

For Gandhi, standing by the farmers seems to point to a farm loan waiver across the country and minimum guaranteed income, though he has not spelt out the details.

If fat-cat corporate borrowers can default and have their debts written off as non-performing assets, farmers who face multiple risks which they cannot guard against, have a greater right to have their loans forgiven, he says.

Gandhi does not talk about lifting restrictions on trading of agricultural produce, doing away with stocking limits, providing farmers access to GM technology and giving them the right to sell to buyers even outside the regulated mandis.  Perhaps he does not wish to alienate voters before the elections.  Between 2004 and 2014, when the Congress was in power in a coalition, the government was torn between those romanticizing farmers as ‘annadatas’ and treating them as supplicants and those who regarded them as commercial players producing for profit.  Then Congress President Sonia Gandhi’s National Advisory Council had members who were suspicious of markets and private enterprise. Rahul Gandhi says good policy-making entails consultation and listening. He may have an eclectic set of advisers.