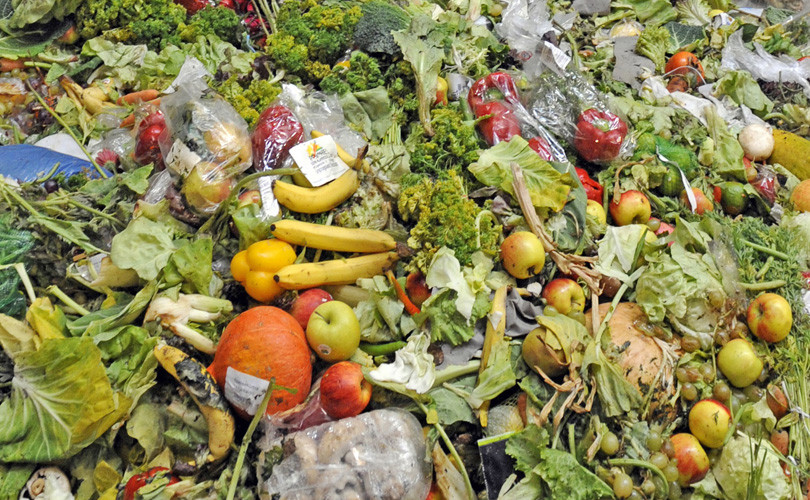 We produce enough today to feed ten billion people, that is more than the current population of 7.3 billion. Yet 800 million people go hungry always and about two billion people, many of them under the age of five, are malnourished. Wasted food means wasted water, electricity and fuel. It embodies 3.3 billion tons of emissions. Wasted food is the third largest emitter of greenhouses gases after China and the United States, say the authors of ‘Food Foolish: The The Hidden Connection Between Food Waste, Hunger and Climate Change.’
Poor countries waste food by not handling it properly before and after harvest or not storing it well. In the rich countries people buy more than they can eat or are served over-sized meals.
The authors, John Mandyck is with Carrier and Erich Schultz was Chairman of Sensitech. These are companies of the United Technologies group, specializing respectively in cold chains and their instrumentation.
The book in a way is a plug for their companies but that should not detract any more than Unilever’s advocacy makes hand washing suspect.
In electricity there is the concept of ‘negawatts’ which applies to megawatts saved. Just as public policies encourage energy efficiency, we need policies to prevent food wastage, says Vivian Fernandes.
Given below is an excerpt from the book. Top photo is courtesy UT group.

India grows twenty eight percent of the world’s bananas and is the top producing nation in the world. However, like many rapidly developing countries, India does not yet have an extensive or mature cold chain. Of the 104 million tons of perishables transported among cities throughout India, only four million are transported in refrigerated vehicles, and that’s mostly milk. India’s six thousand cold storage units accommodate only about eleven percent of the country’s crops, mostly potatoes.

Without temperature control, observers believe that India loses twenty to fifty percent of its total production of fruits and vegetables each year. That makes local delivery of a highly perishable fruit like bananas wasteful, and export simply impossible. Of India’s twenty eight percent share of the world’s production, the country exports less than one percent. Observers believe that with an advanced cold chain, India could grow its banana exports from three thousand to 190,000 containers. This would benefit 34,600 smallholder farmers.

The reach and impact of the modern cold chain are extraordinary but terribly uneven. In the United States, seventy percent of all the food consumed each year passes through this seamless refrigerated network. In a rapidly developing nation like China, equivalent cold chain coverage is twenty five percent for beef and five percent for produce. In parts of the world like sub-Saharan Africa, the installation of basic cold chain practices is hindered by poor roads and infrastructure. Some 2.6 billion people worldwide who lack affordable and reliable energy services are simply beyond a functioning cold chain.

Rapid urbanization represents an additional complicating factor. As the world’s population migrates to cities, the distance between food production and consumption grows. Dependence on an effective cold chain becomes ever greater.

India is investing aggressively in refrigerated warehouses and transport. One example is Coldex Logistics, a leading cold storage transport company based in the historic city of Gwalior, some 200 miles (322 km) south of Delhi. Coldex was founded as a dry storage trucking company and has evolved over the last decade to support the cold chain needs of a variety of international restaurant brands and confectionery companies operating in India. ‘We invested in the cold chain to help our customers reach out to their customers,’ says Managing Director Gaurav Jain. ‘While doing so we have enabled the larger aspect of controlling wastage by prolonging the shelf life of raw and processed food.’ Coldex is now expanding beyond transport to warehouses, adopting increasingly sophisticated IT systems, all with an eye toward managing every link in the cold chain. ‘And very clearly that’s the path a developing nation like India is taking to eradicate food waste and thus hunger and poverty,’ adds Jain. ‘We feel this can only be done by efficient and functional integrated supply chains—from farm to fork.’

Likewise, China is addressing its need for a modern cold chain. The Chinese grocery market exceeds $1 trillion, the largest on Earth. Yet most fruits and vegetables grown in the country are transported in open trucks, resulting in losses that can exceed forty percent. As China adjusts to meet the needs of its growing urban middle class, the country’s cold chain logistics industry is expected to grow at twenty five percent annually. The first set of investments is being made in cold warehouses. Once there is a place to store perishables, China will invest in refrigerated trucks.

In Latin America, supermarkets have grown segment share from as low as ten  percent to a current sixty percent by making massive investments in the cold chain.

Globally, the total capacity of refrigerated warehouses grew twenty percent to 552 million cubic meters between 2012 and 2014. India is the world leader with 131 million cu.ms, followed by the U.S. with 115 cu.m and China with 76 cu.m. Compared with the population, however, the U.S. has 360 cu.m of refrigerated storage capacity for every one thousand inhabitants while India has 102 cu.m and China 54 cu.m. Were China and India to expand cold chain intensity to U.S. levels, global refrigerated warehouses would grow from 552 million cu. M to 1.3 billion cu.m.