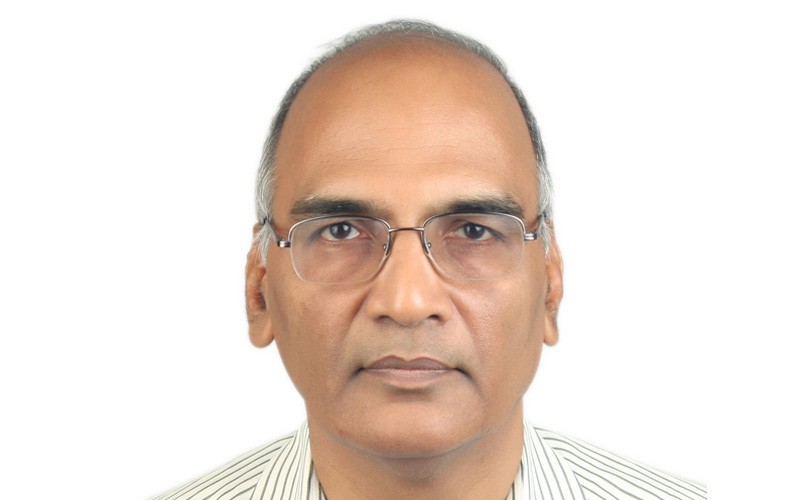 The Genetic Engineering Appraisal Committee recommended approval for commercial cultivation of genetically-modified mustard on 11 May. Since then Science & Technology Minister Harsh Vardhan has been given additional charge of the environment ministry after minister Anil Madhav Dave suddenly passed away. Ram Kaundinya, the former CEO of Advanta, a seeds company, and former Director-General of ABLE-AG, the lobby group of biotech-led companies, explains why approval should not be delayed. This article was first published in the Financial Express. (News agency PTI reported on 18 July that the government has told the Supreme Court it will revert with a week on when a policy decision would be taken. The apex court wanted the government to be “extremely” careful and take a “considered” view because of long-term “irreversible” effects of cultivating GM crops).

We should congratulate Deepak Pental who developed GM (genetically modified) mustard in the laboratories of Delhi University. It is the first major breakthrough in GM research in India. We should feel proud of this fact.  Secondly we should congratulate the Genetic Engineering Appraisal Committee (GEAC) for recommending the commercialization of GM mustard after a thorough scientific evaluation of the data. This is the result of 20 years of painstaking scientific experiments and regulatory scrutiny. The importance of science and technology in enhancing agricultural productivity and the strength of our regulatory system are recognized through this positive signal from GEAC. We are hopeful that the Minister of Environment and Forests will approve commercial cultivation based on this recommendation from GEAC.

The GM mustard project was funded entirely by the National Dairy Development Board (NDDB – the seller of Dhara brand edible oil in the country) and the Department of Biotechnology (DBT). Mustard is a self pollinating crop and is difficult to breed for hybrid vigour, leading to a trap of low yields. This technical difficulty was overcome by Pental and his team of scientists in collaboration with other brassica research groups of the Indian Council of Agricultural Research (ICAR). The technology – barnase-barstar – is aimed at enhancing heterosis in mustard (brassica juncea) – which in turn leads to increased yields.

The conventional Cytoplasmic Male Sterility (CMS) system, a non-GM method for pollination control, has been used to produce mustard hybrids in India. It suffers from some limitations: low purity of hybrid seed, pollen shattering, limitation in different combinations and temperature sensitivity. The barnase-barstar system of mustard hybridization is versatile, which will accelerate the mustard breeding programme in India.

The GM mustard hybrid,  Dhara 11 (DMH 11),  significantly out-yields currently grown popular mustard varieties. Current Indian yields of  1,000 kg/ha are lower than those of Canada and Australia. About 60 lakh mustard farmers suffer from lower incomes because of this. GM mustard technology will help in doubling their incomes and enhancing their livelihoods.

It is important to note that mustard contributes a quarter of total edible oil production in India. The demand-supply gap has widened so much that India spends almost Rs. 80,000 crores annually on import of edible oils. We import more than 50 percent of our edible oil requirements. Our imports include GM soybean oil and GM canola oil (a sister crop of mustard – Brassica napus) which we have been consuming for almost two decades. With a growing population this problem of edible oil shortage is expected to aggravate. To address this insurmountable challenge, India needs to critically look at ways and means of increasing the productivity of oilseed crops including mustard, soybean and cotton. DMH-11 is one of the promising options.

GM mustard passes many criteria that have been put forward by naysayers for many years. It is the first edible oil crop developed indigenously. It is very much  ‘swadeshi ‘technology. Secondly, it is coming from a public institution and not a private company. This is an important criterion set out by then environment minister, Jairam Ramesh in his famous order against Bt Brinjal in 2010 – he wanted GM technology to come from the public sector. Thirdly it is addressing a very important crop like mustard which holds the key to our self-sufficiency in edible oils and the food security of the nation,

It is important to note that another species of brassica, brassica napus, popularly known as canola, expressing bar, barnase and barstar genes was approved for commercial cultivation in 1996. Globally, 26 events of GM canola have been approved for commercial cultivation in Canada, USA and Australia between 1996 to 2016. Many countries have also approved the consumption of GM canola grains, cake and oil for food, feed and processing (FFP) purposes. As much as 6 million tonnes of GM canola oil is imported annually by Japan, Korea, China, Taiwan, Philippines, New Zealand, the European Union, South Africa, Chile and Mexico.

India is one of the major importers and consumers of GM canola oil – about one million tonnes per annum. Around  24 percent of  global brassica area of 36 million hectares is planted with the genetically modified crop. It is estimated that GM canola has increased farmers income  by $ 4.9 billion between 1996 and 2014.

For every tonne of oil produced in India, the farmer will get an equal volume of protein-rich cake which doubles his income. This advantage is lost when we import oil. Hence any technology that increases mustard yields in India will help in doubling farmers income too.

GM mustard technology has been tested for biosafety, efficacy, hybridization, crossability and field performance as per the Indian regulatory framework for more than 10 years. DMH-11 was assessed under multiple field trials for field-level performance in close collaboration with ICAR-Directoratate of Rapeseed-Mustard Research and other brassica research groups at the Indian Agricultural Research Institute, New Delhi and Punjab Agricultural University, Ludhiana. The biosafety studies including the crossability study of DMH-11 with related brassica species such as B.rapa (toria, yellow sarson, brown sarson), B.nigra, B.oleracea (early types), B.napus, B.carinata, B.touneforti. Eruca sativa and Raphanus sativus were carried out to assess the gene flow and its consequences on the environment. Multiple field trials were conducted in the mustard growing states of Rajasthan, Haryana, Uttar Pradesh, Punjab and Delhi.

Mustard production and yield have remained stagnant for the last two decades amidst the release of 96 varieties of Indian mustard since the inception of ICAR’s All India Coordinated Research Programme on Rapeseed-Mustard from 1967 to 2014. In addition, both public and private sector have extensively used CMS systems of Ogura and Moricandia arvensis cytoplasm in the production of conventional mustard hybrids.  However, a narrow variability in mustard germplasm of brassica juncea is not adequate to break the existing yield ceiling. Additionally, mustard production is severely constrainted by multiple factors including biotic and abiotic stresses like white rust, alternaria blight, sclerotinia rot and orobanche.

Different studies conducted in India, along with numerous earlier studies from USA, Canada, Australia, Japan and EU have shown that proteins encoded by the bar, barstar and barnase genes are neither allergenic nor toxic. Edible oil and meal extracted from biotech canola is a major source of edible oil for food and animal feed the world over. Edible oil extracted from GM mustard does not contain any of the three proteins, and therefore is completely safe for human consumption.

Consumers need not fear anything and should believe in the robust regulatory process which establishes the safety of such technologies. It is the same GEAC which approves many rDNA medicines and vaccines which we consume without any apprehensions.

The last GM crop approval in India was in 2002, for Bt Cotton. During these 15 years the world has moved forward by miles. Today GM crops cultivation has crossed 180 m hectares in the world with 18 m farmers in 28 countries cultivating GM crops. Bangladesh has approved Bt brinjal which our political class put on the shelf due to pressure from activists. Indonesia has approved GM sugarcane and Vietnam has approved GM corn. Our own Bt cotton is a big success story.

Based on many of these factors it makes immense sense for the government to approve commercial cultivation of GM mustard based on the scientific assessment carried out by GEAC. This is the first swadeshi GM crop and it will be a great recognition for Indian scientists and a greater service to Indian farmers if GM mustard gets commercialized.