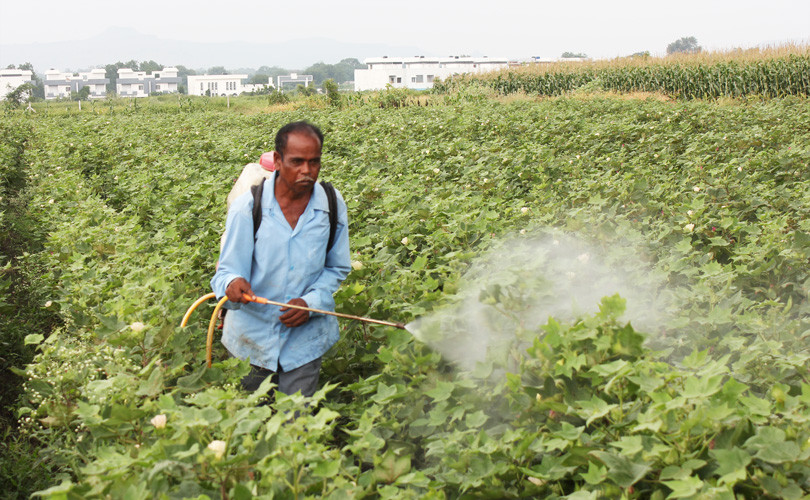 Eight Bt cottonseed companies have been sued by Mahyco-Monsanto Biotech for not paying trait free on insect-resistant Bt technology licensed to them. One of them is Nuziveedu Seeds. M Prabhakar Rao, the chairman of the group, has been pushing for ‘Fair, Reasonable and Non-discriminatory’ licensing of GM technology. Vivian Fernandes explains why.

Indian seed companies are pushing the government to legislate ‘Fair, Reasonable and Non-discriminatory” (FRAND) licensing terms for technology traits that have become the industry standard. They say this will prevent ‘opportunistic exploitation of market power’ by patent owners like Monsanto and its associate Mahyco-Monsanto Biotech, which has licensed forty six  companies to sell hybrid cottonseed spliced with its proprietary genetically-modified, bollworm resistant technology.

One of the advocates is M Prabhakar Rao, the managing director of Nuziveedu Seeds Limited and chairman of the NSL group. His office has been sending an article on de factor SEPs published in the August 2014 issue of Colorado Law Review (summary given below) to government officials. The Review proposes that all GM seed patents be declared as de facto SEPs to be licensed on FRAND terms. Rao is the President of the National Seed Association of India.

Nuziveedu is one of the franchisees of Mahyco-Monsanto Biotech (MMB). In October 2015, MMB sued the company, along with seven others for non-payment of royalty on Bt cottonseed sold by them. MMB charges Rs 169.29 as trait fee for a 450 gram packet of Bt cottonseed (Bollgard II) which used to sell for Rs 930 in Maharashtra, Telangana and Andhra Pradesh.

The seed companies say the International Seed Federation (ISF) has advocated FRAND licensing in the public interest on the basis of the International Treaty for Plant Genetic Resources in Food and Agriculture (ITPGRFA). The treaty, to  which India is a signatory, calls for an open innovation model and development of an industry licensing platform based on the principle of ‘free access but not for free’ and application of FRAND terms mostly for plant trait patents in vegetable crops.

So, when India allowed the cultivation of cotton with genetically modified insect resistant trait in 2002, it made a trade off between impact on biodiversity and benefits to farmers. The approval was given to MMB without installing a mechanism to control prices. This allowed the technology provider to fix Rs 1,800 as the price of a 450 gram packet of seed with a trait fee of Rs 1,250. This was reduced with the intervention of the restrictive trade practices commission MRTPC, and state governments, in 2006 and 2007 to prices prevailing currently.

The seed companies note that though four other providers of bollworm resistant technologies have won regulatory approval, MMB virtually controls the market. GM cotton hybrids, they say, have been adopted by ninety three percent of the country’s cotton farmers. They note that productivity has risen from 350-400 kg lint per ha to 500-550 kg lint per ha now with 15-16 percent reduction in pesticide consumption.

The productivity increase cannot be attributed solely to Bt technology, they say. The adoption of high-yielding hybrids from forty five percent in 2000 to ninety five percent is also a reason. But Indian yields lag those of the United States (950 kg per ,ha), China (1,300 kg per ha) and Australia (2000 kg per ha).  Yields have stagnated at 520-550kg a ha in the past four-five years. For the seed companies this is a clear indication that good agronomic practices are as important superior genetic traits for higher yields.

The seed companies say governments should not just fix the retail price. They must determine the components that go into it as well.  What use is fixing the price of a light bulb if the rate of the filament is left unregulated, they ask.

The seed companies say their own contribution in terms large boll or fruit sizes, better fibre quality and improved plant architecture through seven to eight generations of conventional plant breeding cannot be ignored. They have therefore called the Ministry of Agriculture to implement FRAND licensing for patented GM traits keeping farmer welfare and the wider public interest in mind.

Summary of the Colorado Law Review

In 1998, Ralph purchased 264 fifty pound bags (5,940 kg) of Monsanto’s soyabean seed genetically modified to be resistant to the herbicide, glyphosate. He paid a technology fee of $5 per bag.

Monsanto said the license was for use of the seed only for the 1998 growing season, and sued him. Ralph offered to pay $6,170 as technology fee at the rate of $5 per bag for 796+438 bags. But the court held that simply awarding the technology fee would be inadequate deterrence. Future farmers would have no incentive to follow the law. They could infringe the patent and pay royalty fee only if caught. The total damages entered against Ralph finally reached $2.93 million. He filed for Chapter 11 bankruptcy protection to save his farm.

In 2013, the US Supreme Court in Bowman V Monsanto Co upheld a judgment in the amount of $84,456 against a seventy-five year old farmer from Indiana. Bowman had purchased commodity seeds from a grain elevator, which he correctly assumed would contain seeds with the herbicide-resistant trait. He sowed the seeds and spayed the crop with Monsanto’s Roundup containing glyphosate. The crop survived the spray. Bowman harvested the seeds and used them over many growing seasons effectively eliminating the need to purchase the seed from Monsanto. The Supreme Court agreed with Monsanto, rejecting Bowman’s argument that his purchase from a  grain elevator had extinguished Monsanto’s patent.

‘To remedy the problem of inflated damage awards against farmers using GM seed’,  the authors of the article, ‘propose that patents governing GM seeds be deemed de facto standard-essential patents (de facto SEPs), when certain requirements are met, namely: (a) the patent holder has achieved dominance in a given field (b) it is impractical to expect that a farmer could operate without infringing the patent and (c) the farmer is growing a crop used to meet a basic human need. Once the GM seed has been labeled a de facto SEP, courts can find an implied license between Monsanto and farmers. As a result of an implied license, courts can transform patent infringement from a tort to a contract dispute. This would change the damages regime from one based in compensation, deterrence and punishment to one based in compensation only. This ‘balanced’ approach would recognize Monsanto’s right to protect its patents and that its patents can be a force for good. Farmers would be able to pursue their age old occupation (of using saved seed) without increasing the potential for bankruptcy. This would also allow patent holders to receive financial compensation for unauthorized use of their patented technologies.

We solicit your comments. You may post them in the comments section or write to smartindianagriculture@gmail.com