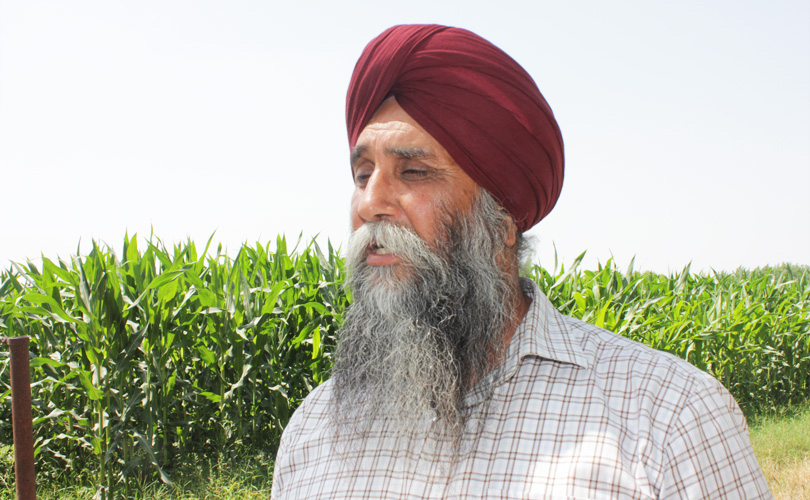 Even as the ruling and opposition parties indulge in competitively sympathizing with farmers distressed by weather induced crop damage, they should spare a thought to that frayed instrument of risk mitigation: crop insurance. It turns out that crop insurance as practiced today is meant to provide comfort to banks rather than to their borrowers.

Ajit Singh Mann, 52, of Bheen village in Nawanshahar, about 60 km from Ludhiana city, has a tale that sounds so repetitive. Late last year he grew seed potatoes on 10 acres on contract to Pepsico. The maker of branded wafers arranged a loan for him from Karur Vysya Bank so he could pay for the seed he had bought from the company. Without the insurance cover, he would not get the loan. Mann paid a premium of Rs 15,000 at the rate of Rs 1,500 an acre. All the insurance-related formalities were done by the bank. Mann has no contact with the insurer. He only wrote the cheque. This year, because of rain at the time of harvesting, his crop suffered extensive damage. About half of the crop was destroyed. From the salvage, he sold whatever met with specifications to

Pepsico, which paid the bank, which in turn passed on to Mann the balance after deducting the principal and interest. But when he pressed his claim for compensation, the bank relayed the insurer’s message that he was not entitled to any. Why? Because the

insurance was for three months and his crop had remained in the field for five!

Mann wants the government to bear a part of the insurance premium. He wonders why crop insurance is not advertised like life insurance or car insurance on television. ‘The message must reach farmers that crops can be insured.’  Mann says most farmers are ignorant about it.

Mann owns ten acres and leases in about 60 acres. He grows potatoes or peas in winter followed by spring maize and kharif (monsoon) rice or maize. Last year he reduced paddy area by a quarter. This year, he says he will reduce it by half. Though paddy is a tough crop and can withstand heavy rains unlike maize (which suffers root rot), Mann finds it has hidden side effects.

Flooded fields at the time of transplantation encourage fungal attacks. Puddling the paddies to keep water stagnant causes a hard pan to be formed about three feet below the surface. This prevents rain water from percolating and recharging the aquifers. By switching to maize in the monsoons, he is not only able to conserve ground water but also raise potatoes and peas in time for sale in the market when prices are high.

But the government does not procure maize. Last year, against the minimum support price of Rs 1,310 for a quintal, he got about Rs 1,000. The central government is in a bind as maize cannot be pushed through ration shops; it is not extensively consumed and has become more of a poultry and animal feed crop. Storing the maize and selling it around March or April can fetch Mann a good price, but he has no storage facility for the 1200 tonnes he produces.

Mann also grows maize in the spring season, whose yield is 48 tonnes per acre against monsoon maize (100 day crop) productivity of 28 tonnes. Spring maize is a five month crop and requires irrigation. is it possible that Mann is taking out more water than he put in despite the partial switch from paddy?

(Photo: Ajit Singh Mann at his maize field in village Bheen of Nawanshahar tehsil on 24 April, 2015. Photo by Vivian Fernandes)