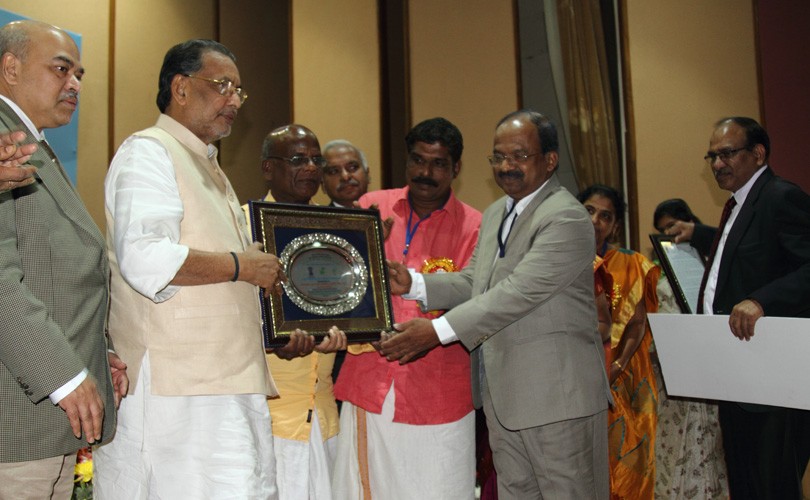 Monsoons were favourable for agriculture after two years of deficient rainfall, but policies to encourage research, raise farm incomes and enable farmers to cope with climate change were not. The agriculture ministry’s actions were partisan and hurtful, while the environment ministry played timid and safe.

The weather department’s forecast of “above normal” monsoons were belied but rainfall was within the “normal” bracket of the long-term average. In the previous two years, it was deficient.  Output from the rainy or kharif season was estimated to exceed last year’s.  Winter season planting also saw the same exuberance.

The Economic Survey, which is presented ahead of the Union Budget, called for smart policies to make agriculture sustainable by conserving water, incentivising the production of pulses and oilseeds that are less resource intensive than cereals and shedding the traditional fear of genetic engineering so farmers could produce more with fewer resources. In a report later in the year, a panel headed by Chief Economic Adviser Arvind Subramanian called upon the government to support the cultivation of pulses and oilseeds with procurement prices that reflect their social benefit in terms of less water use and the enrichment of soil through the transfer of atmospheric nitrogen. Higher support prices should be backed up with aggressive procurement from farmers, it said.

But the seeds of wise advice emanating from the finance ministry fell on rocky soil in the agriculture ministry. It played national seed companies against multinational innovators and split the seed industry in two. It was particularly nasty to Monsanto, whose genetically-engineered traits confer resistance to deadly bollworms in cotton and have raised cotton output and the incomes of cotton farmers manifold since the traits were approved in 2002. In a move that was wholly unnecessary, because Bt cottonseed is under price control in many states, it extended the control nationally. It slashed the fees payable by seed companies to insecticide trait providers (mainly Monsanto), but passed on only a small slice to farmers. Seed companies gained at the expense of farmers and trait developers. Next, it dragged Monsanto and its associate companies to the Competition Commission. Finally, it tried to revoke patents granted to the developers of genetically engineered plant traits using the Essential Commodities Act. But it had to beat a retreat within five days when agri-biotech MNCs said their innovations would bypass India if unhelpful policies continued. But the retreat appears to be tactical. A senior executive of the National Seed Association of India, which enjoys the agriculture minister’s favour said at close of the year that the ministry would ensure that no-objection certificates from trait developers would not be necessary for incorporation of the traits into hybrids being sold by seed companies. If this happens, the holder of a patented plant trait would not have a say in how the traits are used.

The minister’s repeated advocacy of “yogic farming” and paramparagat or traditional agriculture showed little comprehension of the demands that would be made by rising population on agriculture buffeted by erratic weather.

The ministry’s assertion of plentiful wheat production despite unhelpful weather conditions, resulted in trade policy being skewed against farmers. Import duties were raised on expectation that a good harvest would replenish stocks but were slashed to zero when such hopes were belied.

The environment ministry continued to cower under the onslaught of anti-science ideologues from the ruling party’s extended family and that of activists opposed to genetic engineering of plants. The former environment minister failed to approve a swadeshi technology developed by a team of Delhi University scientists with public funding to efficiently create high-yielding mustard hybrids. DMH-11, developed by the team headed by geneticist and a former vice-chancellor of the university, Deepak Pental, uses two alien genes to induce male sterility so that largely self-pollinating mustard can be cross-pollinated to create more productive hybrids. If approved for commercial cultivation, farmers will have access to seeds that can improve mustard yields, which have been stagnant.

Though the incumbent environment minister is steeped in ideology which is wary of western science, particularly genetic-engineering of plant traits, his ministry has not given in to the screeching activists. Instead it has soundly criticised them in an affidavit to the Supreme Court, which the activists have moved to block approval of DMH-11.

NITI Aayog played a facilitative role.  Its sub-committee made a draft law to allow easier leasing of agricultural land. This can help reverse the ill-effects of farm fragmentation, if enacted into legislation.

The Prime Minister’s heavily subsidised crop insurance scheme covered more farmers and more cultivable land than previous versions of the scheme, but the settlement of claims was not satisfactory. Though premiums should have fallen because of wider coverage, they did not. States that joined the scheme late were ripped by the insurers, pushing up average premium rates.

Towards the end of the year, the Prime Minister announced the invalidation of old Rs 500 and Rs 1,000 notes. The withdrawal of 85 percent of currency from circulation resulted in prices of agricultural produce dropping. The cash squeeze hurt the rural economy and its effects might linger on.

Hopefully 2017 will see more purposeful policy.  An official of the Department of Biotechnology said New Year’s diyas would be lit with the oil of GE mustard. But given the many false starts and the pulls and pressures that ministers, presiding over the fates of farmers, give in to, caution, not optimism,  is advised.