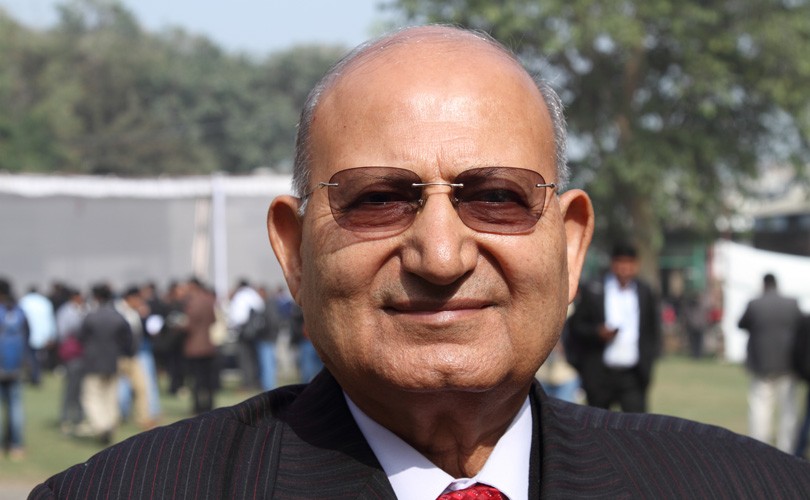 The former secretary of the Department of Agricultural Research and Extension says India must embrace the technology for genetic modification (GM) of crops and encourage the private sector in seed research and production, reports Vivian Fernandes.

“GM technology is very useful for us.  The world is taking advantage of it. GM technology seeds should be reached to farmers so that their cost comes down,” said Rajendra Singh Paroda, former secretary, Department of Agricultural Research and Education and one of six-members of the Technical Expert Committee (TEC) advising the Supreme Court on GM crops. “Whether it is maize, soybean or canola (rapeseed or mustard) we need to give importance to them.”

Paroda made the remarks at a seminar in Delhi organized by the Indian Society of Seed Technology in the fourth week of January, on “food security through augmented seed supply under climate uncertainties.”

There is no pending application for approval of GM soybean or GM maize before the Genetic Engineering Appraisal Committee, but that of GM mustard has been awaiting its nod for more than a year. The GM mustard hybrid has been developed by a team of Delhi University scientists led by geneticist Deepak Pental. But it has missed the 2016 rabi planting season.

Paroda said the public and private sectors must build on each other’s strengths. The public sector is good at research in seeds but not in mass producing them.  He recalled the days when hybrids of maize, bajra and jowar did not reach farmers in adequate quantities till the involvement of the private sector. “We took a policy decision that breeder seeds would be given to the private sector free, without any conditions.”

Paroda referred to the National Seed Project or the All India Coordinated Research Project on Seed in 1979-80 with 14 seed technology research centres and an equal number of breed seed production centres. He said there should be research in seed planning and a five-year rolling plan. Farmers should be involved in seed production.

Paroda said the National Gene Bank with 400,000 accretions would not serve its purpose if it held on to germplasm (genetic material collected for breeding) and did not share it with the private sector. It has not been doing so for about eight years, Paroda said, despite India signing the Food and Agricultural Organisation’s Standard Material Transfer Agreement. He said there could be reservations about sharing the material with foreign corporations, but why should Indian companies be shunned?

India needs better seed accreditation laboratories and the private sector should be allowed to set them up, Paroda said.  India must also push the use of hybrid seeds.  Single-cross hybrids have doubled maize production in the past ten years. But there is no data about how much maize area they cover. It is estimated that they cover half the area. For the other half to be quickly covered, the private sector must be incentivised, he said.

Paroda said quality seeds were important to achieve the goal of doubling farmers’ incomes by 2022. Studies have shown that good seeds reduce risk by 20 percent. He called upon Minister of State for Agriculture, Parshottam Rupala to get the seeds bill of 2004 enacted. For his part, Rupala, who inaugurated the event, sought a list of actionable points. He said as agriculture minister of Gujarat he had supported the cultivation of Bt cotton in 2002, despite being vilified as an agent of multinational corporations. Developers of GM mustard will be hoping he will play as supportive a role.