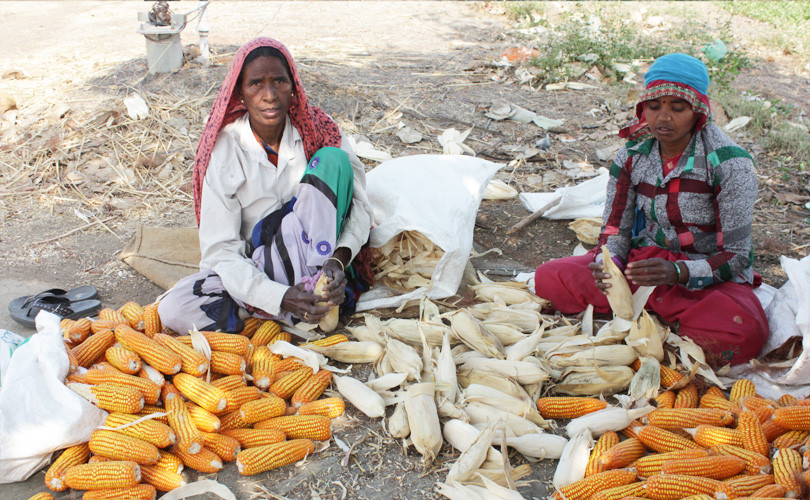 Maize is a wonder crop. It is a more efficient converter of the sun’s energy than wheat or rice and it takes less water than rice. Being a feed crop, it is linked to rising prosperity and changes in dietary preferences to proteins in the forms of eggs, dairy products and meat. But Quality Protein Maize can also be consumed as a nutritious cereal in its own right. This is the fifth episode of the ten-part series, ‘Smart Agriculture,’ broadcast on CNN-IBN and CNBC Awaaz. Photo by Vivian Fernandes of tribal women shelling maize in Jabalpur.