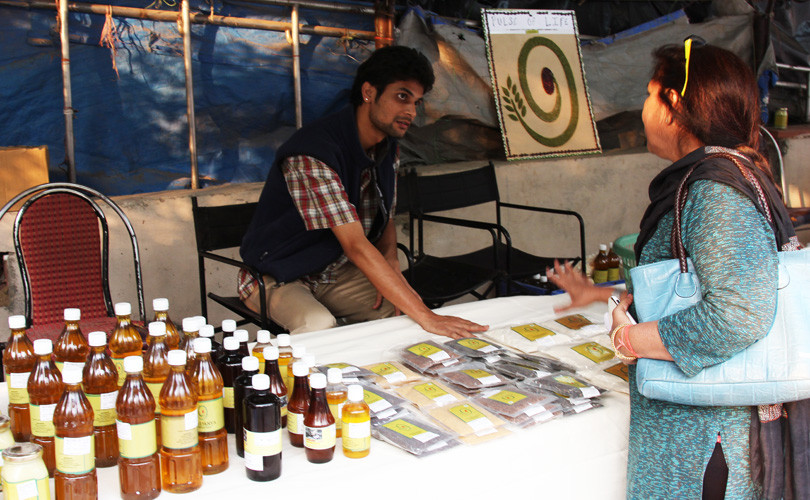 At the time of writing this article, Vandana Shiva, a fierce opponent of GM crop technology, had collected close to 17,000 signatures on Change.org. She wants 25,000 to present a petition that, she thinks, will pressure Environment Minister Prakash Javadekar against approving GM mustard for cultivation. Vivian Fernandes reports on why GEAC should be allowed to decide on scientific merits without extraneous pressure and if Shiva has a case she must present it to that body.

Vandana Shiva, the activist vehemently opposed to genetic modification technology has launched a campaign on Change.org urging support against approval of GM mustard for cultivation by farmers.

She says GM mustard is ‘unsafe’ and if approved, ‘we might have not choice’ but to consume a product, which she regards as harmful. Rather than present her case to the Genetic Engineering Appraisal Committee, she wants to ‘build public pressure’ on Environment Minister Prakash Javadekar. She cheers Rajasthan for reportedly announcing it will not allow cultivation of GM mustard.

Shiva alleges a conspiracy. ‘Shockingly,’ she says, important information about GM mustard has been concealed. She injects a sense of grim foreboding: ‘The government regulators are planning to meet soon and take a decison.’ If approved, ‘GM mustard will be the first GM food on our plates and that is disturbing’. She suggests the government is duplicitous and unworthy of trust: ‘We cannot allow the government to take decisions about the food we eat in this underhand manner.’ She brings in the fear factor: ‘GM Mustard is totally unnecessary especially because there are existing local and hybrid varieties as well as farm practices which give as much or more than the yield claims of this dangerous GM mustard. Contamination from GM Mustard is also fast and irrevocable.’ She says the GM mustard submitted for approval is tolerant to herbicides.

This is not Shiva’s first attempt at blocking GM mustard which has been developed by a team led by Deepak Pental, geneticist and former vice-chancellor of Delhi University with funding from the National Dairy Development Board. That was when NDDB was in charge of the Technology Mission on Oilseeds. This is an entirely indigenous effort.

In an article in the Pioneer Shiva had denounced GM mustard. She was rebutted by Pental, which has been published elsewhere on this website:

Why GM Mustard? In the Pioneer article, Pental said: ‘Indian mustard types when crossed with east European types produce hybrids that are more productive than the best Indian gene pool lines. Our group tested many conventional breeding methods of hybrid seed production, and to date the best results are with GM method.’

Safety. Pental says: ‘The GM technology used in mustard has been used extensively for hybrid seed production in rapeseed — a sister crop of mustard — since it was deregulated in 1995 in Canada, in 2002 in USA and in 2003 in Australia. In 2013, Canada grew rapeseed on 7.7 million hectares of land. One hundred per cent of Canada’s rapeseed is transgenic (GM), 50 per cent under hybrids developed with GM technology and 50 per cent containing resistance to the herbicide glyphosate. In 2014 alone, Canada exported 9.6 million tonnes of seed, 2.3 million tonnes of oil and 3.4 tonnes of seed meal to all parts of the world.’

Herbicide tolerance: Yes, GM mustard is tolerant to a herbicide called Glufosinate.  Farmers want herbicide-tolerant crops because of the rising cost of labour (for weeding). In fact, conservation agriculture, which is being propagated by reputed institutions including the Borlaug Institute for South Asia, Punjab Agricultural University, Ludhiana, and the Directorate of Weed Research, Jabalpur, rely on new-age herbicides, which are surgical in their action.

This is what Pental says: ‘Worldwide agriculture is supported by herbicides. Germany, a country at the forefront of enunciating and following green policies, used around 20,000 tonnes of herbicides on 16 million hectare of land in 2013, three times more than India used for 170 million hectares of land. Why not run a campaign in Germany to ban herbicides? Ms Shiva knows nobody will listen. Moreover, in GM technology-based mustard hybrids, Glufosinate will be used only for hybrid seed production and not in the farmers’ field as mustard has no serious weed issues.’

India does not need GM mustard: Shiva says GM mustard is not needed because the varieties available in the country can take care of our needs. If GM mustard is redundant, why fear its likely introduction? And why did India import 10.4 million tonnes of cooking oil worth $9.34 billlion (Rs 56, 572 cr) in 2013-14 (for which data is available for the full year)? People are priced out of mustard oil consumption and are using cheaper, but not very healthy, palm oil.

Our regulatory is not reliable: ‘At every step in the regulatory process there is a fifty percent chance of a field trial being stopped,’ Saidur Rahman, member of the Review Committee on Genetic Modification said at a workshop in Delhi.).

Safety trials for GM mustard were held in Rajasthan. They were stopped for political, not scientific reasons. This is what Pental said in an interview in February to this website: ‘The mustard hybrid which we have made based on transgenic technologies has gone through two years of BRL-1 trial (Biosafety Reserach Level- 1) at three sites in Rajasthan. This growing season it has gone into BRL-II trials. We were to take it to eleven sites: three in Rajasthan, one in Madhya Pradesh, two in Uttar Pradesh, one in Haryana, two in Punjab and one in Delhi. Mind you these trials are all to be done by ICAR (Indian Council of Agricultural Research) in university sites, not in farmers’ fields, under specialists in breeding. UP and Rajasthan did not respond. MP said there were controversies about transgenic crops. In Haryana there was a government change. We are doing trials at three sites: two in Punjab and one in IARI (Indian Agricultural Research Institute), Delhi. The earlier two trials are well accepted in the agricultural community. They showed that yield increase over the best varieties for those areas, and the national checks, was about 20 percent to 30 percent more depending on the site.’

Pental was keen on doing eleven field trials; it is state governments which prevented him under pressure from activists. Pental is confident about his research. What are the activists afraid of?

S Raghavendra Rao, adviser in the Department of Biotechnology, says Indian regulatory processes meet international standards and protocols.  Yet India is very cautious. Between 2009 and 2014, Rao says (quoting Netherlands’ agricultural authority) 41,000 field trials of GM crops were held across the world, while in India about a dozen were done. Even in the US, the most litigious society on earth, an observer said there has not been a single successful lawsuit against GM crops. Anil Kakodkar, the former chairman of Atomic Energy Commission and chairman of Maharashtra’s committee on GM crops, has said farmers must have a choice of crops, including GM ones.

Organic Mustard is a fad: At Dilli Haat, where (the claim goes) India’s first-of-its-kind organic food festival was held in the third week of November, 2015, with the support of Maneka Gandhi, animal rights activist and Minister of  Women and Child Development, Vandana Shiva’s Navdanya was selling organic mustard oil at Rs 180 for 700 ml (or Rs 257 a litre). On Biz Bazaar’s website accessed on 16 November, 2015, kacchi gani mustard oil was selling for almost half the price or Rs 130 a litre.

People must be able to choose their food. Let science prevail and GM mustard oil swim or sink in the marketplace.

(Top Photo: A customer,  who says she is a botanist, arguing about choora or brown sugar at Vandana Shiva’s Navdanya stall at Dilli Haat’s organic food festival in New Delhi on 15 November, 2015, Photo by Vivian Fernandes)