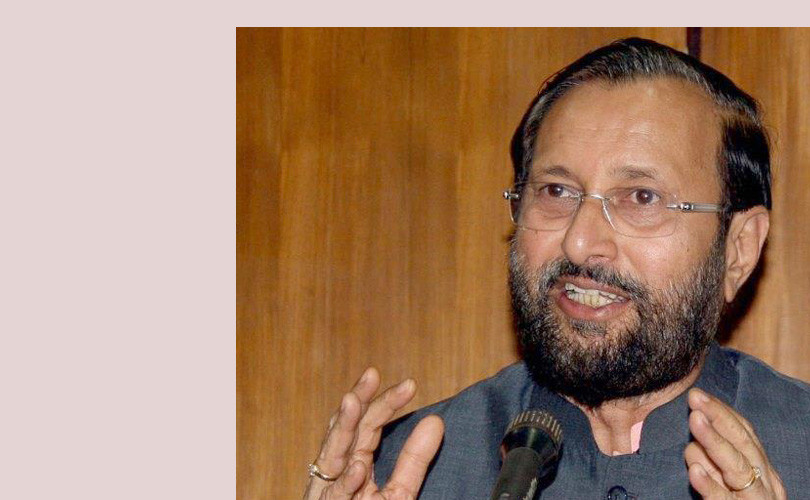 On 16 February, this website had called upon the government to stop vacillating on GM mustard in view of edible oils topping the food import bill. The vacillation may be about to end. Reliable sources say the government is ‘determined’ to approve GM mustard, which has been developed by Delhi University’s geneticist and former vice-chancellor Deepak Pental. He has been invited to make a presentation to the Genetic Engineering Appraisal Committee (GEAC), the body that sits at the apex of the GM crop technology regulatory system, on 4 January.

If Minister of State (independent charge) for Environment, Forest and Climate Change, Prakash Javadekar, gives his assent to GM mustard, it will be a landmark decision and he, a brave leader indeed. The pressure on him from both within the Sangh Parivar and from outside, to say ‘No’ has been strong and relentless.  The well-known GM crop technology baiters have used fear, falsehood and calumny to build up opposition. But both Javadekar and Prime Minister Narendra Modi are convinced that it is good for the nation and for farmers. They seem determined to walk the talk.

The approval of GM mustard, which has been indigenously developed, should boost the income of our oilseeds farmers, who mainly reside in dryland areas. They are yearning for yield-enhancing technology. Pental says his GM mustard variety is safe for humans, animals and the environment. He has submitted a 3,000 page dossier which contains the results of all the prescribed tests for allegenicity, pollen flow, bee visits, insect attacks and yield levels. GM rapeseed, a sister crop, is being grown in Canada, USA and Australia and the oil is exported, including to India.

But Pental will still have to convince the GEAC. If the GEAC agrees with his assessment and Javadekar agrees with it, he would have liberated crop biotechnology from the dark chamber to which his predecessor Jairam Ramesh had consigned it in February 2010 when he announced a ‘moratorium’ on Bt brinjal despite telling Parliament that there were no safety issues with the genetically-modified vegetable. Javadekar’s approval will also pave the way for other much-needed GM crops like GM chickpea (chana) which is being developed by Assam Agricultural University, Jorhat. GM chickpea and GM pigeonpea (tur) can resist pod borers and alleviate India’s shortage (and high prices) of pulses.

Foremost among the opposers has been Vandana Shiva of Navdanya. She launched a campaign on the site devoted to causes, www.change.org, to pressure Javadekar from exercising his judgement. She alleged a conspiracy. She charged the government with acting in an ‘underhand manner.’ She asserted that Indian produced enough mustard and does not need the GM variety, when the fact is India imported 10.45 million tonnes of cooking oil in 2013-14 for Rs 56,572 cr. Much of the oil India imports is palm oil. Surely, people have a right to consume mustard which is a better oil, healthwise?

Pental has not sourced his technology from any multinational. It is based on two papers published in Nature in the 1990s, but his team modified it such that it got a Canadian and US patent for it. It has a bacillus gene and is based on the Barnase Barnstar system.

Pental believes his mustard variety will be as big a hit as Bt cotton which covers more than 90 percent of India’s cotton acreage. Bt cotton has also been maligned by anti-GM activists and journalists of a leftist persuasion, who have falsely blamed it for farmer suicides.  ‘Once the farmer gets it, believe you me, like Bt cotton it will spread and nobody will dare to suggest a recall,’ Pental told this correspondent in February 2015.

Earlier this year, Pental was ruing that his time – much better spent on research – was going into petitioning state leaders for permission to conduct trials. State permissions are a requirement made necessary by former environment minister Jairam Ramesh, who stalled the commercial cultivation of Bt brinjal, (allowed in Bangladesh since 2014 on the basis of Indian safety data).

Opposition to GM crops under the previous government came from noisy environment lobby groups like Greenpeace, Gene Campaign and the Leftists. The affiliates of the Rashtriya Swayamsevak Sangh (RSS) have now become active. The Swadeshi Jagran Manch and the Bharatiya Kisan Union have a fetish for self-reliance.. So while the Bharatiya Janata Party government at the centre says field trials should be allowed so that the risk and potential of GM crops can be assessed, its governments in the states are not obliging, even though the trials will be conducted in university sites, monitored by the Indian Council of Agricultural Research (ICAR) under the supervision of plant breeding specialists.

State governments were less than cooperative with Pental.  Rajasthan went silent on permission for level-two bio-safety tests, after allowing level-one trials for two years. It is a setback because Rajasthan is a big producer of mustard. Madhya Pradesh said it is a controversial issue. Haryana was in the throes of state elections so no decision was taken. Uttar Pradesh did not respond. Level-two trials were held at three sites – two in Punjab and one in Delhi – instead of ten, which Pental wanted.

Pental’s modification imports the vigor of East European mustards into Indian varieties to enhance yields by using a 1990s innovation called Barnase/Barstar-based male sterility/ fertility restoration system developed in Belgium. Canada deployed this technology in 1996 in rapeseed, and is a global exporter of quality rapeseed oil under the brand name ‘Canola’. In 2014 – all the rapeseed grown on 7.7 million hectares of land in Canada, according to Pental, was transgenic – either (herbicide) glyphosate-resistant or Barnase/ Barstar- based hybrids. Following Canada, USA and Australia also grow GM rapeseed hybrids.

Plant biotechnology is a potent technology. Pental compares it to a jet engine while conventional breeding is akin to turboprops. Moreover, there are objectives for which classical breeding has no answers. Analytical techniques are now well developed and instruments are available that can detect even traces of metabolites or foreign proteins in food. However, there is that outside chance of unintended consequences of a transgenic technology. Science and technology can never assure zero risks.

‘This is where science loses out to deterministic thinking,’ says Pental. It cannot speak in certitudes as NGOs do. They can cry ‘poison, poison’ even though both humans and animals have consumed millions of tonnes of genetically-modified food over the past two decades without being harmed.

In India there is a fear that multinationals will take control of food production if their patented high-yielding seeds are allowed to edge out indigenously developed lower-yielding ones. The very success of multinationals like Monsanto is being held against them. But the private sector will seek profit for its investments. In the United States, the public research system gives the initial thrust to new technologies, which are then licensed to private corporations.  The only way to correct for the domination of multinationals is to encourage domestic private and public research.

The irony is that Pental’s work has been funded by the government and the National Dairy Development Board. NDDB’s founder Verghese Kurien encouraged Pental to achieve breakthroughs in oilseeds production. (NDDB was entrusted with Operation Dhara by Prime Minister Rajiv Gandhi to boost yield and output of oilseeds). Pental estimates that it has spent around Rs. 50 crore of Rs 90 cr on the project. The rest came from the Department of Biotechnology. Delhi University has also contributed by paying the salaries of Pental and his staff, and meeting the establishment costs.

Sadly for Pental, NDDB under its new chairman, former agriculture secretary T Nanda Kumar, decided that it would no longer support the research, so it could use the money saved to promote the marketing of pulses and vegetables.

The battle for release of GM mustard, and other transgenic crops, is ideological and not scientific. Javadekar has recognised it for what it is.