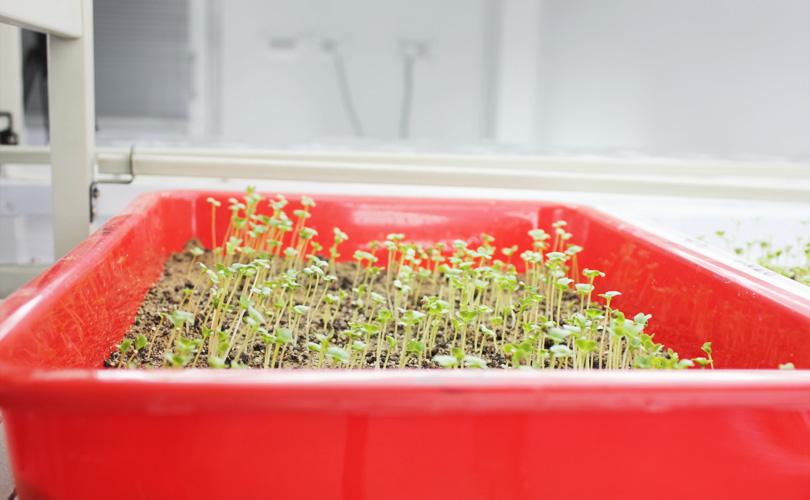 UK’s parliamentary committee on science and technology finds flaws in EU’s regulatory systems for GM crops; says it is influenced by value-based considerations; wants British government to take the lead in educating the public and tells those with a view on GM ‘to be honest about the reasons for those views and not cloak value-based opposition in scientific terms.’ Here is a verbatim summary of the report.

To meet the huge challenge of feeding a burgeoning global population, using fewer resources, in what is likely to be an increasingly difficult climate, it is likely that we will need to use all of the tools at our disposal, be they social, political, economic or technological.

The use of advanced genetic techniques to enhance the quality, yield and resilience of agricultural crops is one such tool. Staple crops, genetically modified for the purpose of improved pest control, have been widely cultivated for over twenty years and evidence suggests that they have delivered significant benefits, increasing crop yields while reducing the need for harmful pesticides. A much broader array of potential products are in the pipeline, which make use of a variety of advanced techniques to produce novel crop varieties. No single crop offers a panacea to global agricultural problems but, together, novel crops could play an important role in helping tomorrow’s farmers to produce more from less.

The EU’s current regulatory regime for genetically modified organisms (GMOs) threatens to prevent such products from reaching the market, both in the UK, in Europe and, as a result of trade issues, potentially in the developing world. We identified three major flaws in this regime.

Firstly, the focus of the current regulatory system on GMOs is based on the assumption that genetically modified crops inherently pose greater risk than crops produced using other techniques. This fails to lead to a failure to recognise that the risk posed by a crop has little to do with how it is made and is mostly to do with the characteristics it displays and how it is used in the field. Such ‘process-based’ regulation also fails to keep pace with technology and therefore potentially acts as a block on innovation. Secondly, the current system assesses the risks posed by these products but fails to take account of their potentially significant benefits, to the producer, the consumer and, increasingly, the environment. Finally, and perhaps most significantly, it fails to observe the principle of subsidiarity, preventing member states from making their own decisions about whether or not to adopt a suite of products about which deep political divisions exist across the EU. This forces those member states opposed to genetic modification on political grounds to dispute the science, exaggerating uncertainty and misrepresenting the precautionary principle in an attempt to delay or prevent EU-wide authorisation. As a result, applications remain trapped in the system for years, or even decades.

A recent amendment to EU GMO legislation, strongly pressed for by the Government, should oil the political wheels and potentially break the stalemate. But it does not go far enough in ensuring that member states may access GMOs that have passed the risk assessment process. That is why we recommend that the Government make a long-term commitment to achieving more substantial regulatory overhaul and a more meaningful repatriation of national decision-making. We also target several recommendations at the European Commission and hope to receive a formal response through the EU political dialogue process.

Scientific evidence is a vital input to decision-making about new technologies but, as the situation in Europe demonstrates, value-based considerations also play an important role. In the UK, the Government’s world-leading science advisory structure ensures that it is well informed about the former, but much less so about the latter.

There is a need to reframe and widen what has been a debate about ‘GM’, in order to initiate a new, more constructive conversation about what we want from food and agriculture. Only from that can we establish what role we would like advanced crop breeding approaches to play. We recommend a large scale public dialogue on the future of food and farming and a shift in the Government’s own frames of reference regarding these technologies. We also recommend that the Government clarify its own thinking about the precautionary principle, so that it can act as a better guide to policy making.

While Government needs to play a more significant role in informing the public about GM, it will never be the first port of call for many people. Other sources, including the media and non-governmental organisations, have a responsibility to provide accurate information, whatever their ideological slant. We urge those with a view about GM to be honest about the reasons for those views and not cloak value-based opposition in scientific terms.

This is not the first time we, as a Committee, have encountered a failure of Government to lead the debate about emerging issues in science and technology. We recommend that the Government develop an information hub with the National Academies as a starting point for the public debate. This should link to debates led by Sciencewise whose function the Government must continue to support. Finally, we recommend the establishment of a permanent citizens council, based on the model used by NICE, to help it understand the potential social and ethical impacts of developments in novel crop technologies.