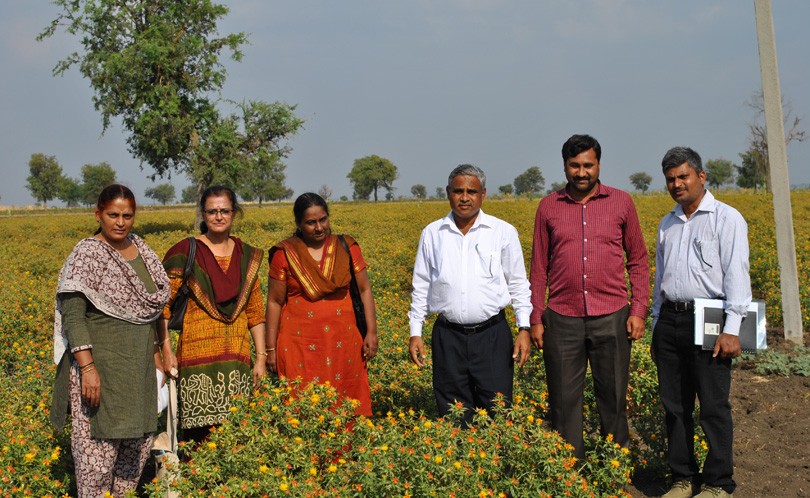 A scientist of the University of Agricultural Sciences, Dharwad, says she is not being allowed to continue her research on cotton, genetically modified for insect resistance. We are presenting her view point here. We cannot comment on the validity of her claims. We will post comments from those she has accused of harassment as soon as we receive them.

A scientist of the University of Agricultural Sciences, Dharwad says she is being hindered from conducting bio-safety trials of her genetically-modified insect-resistant trait in cotton, which she says is “significantly superior” to that of Monsanto’s hugely popular BG II technology.

Instead of allowing her to test the efficacy and safety of her research in contained conditions, university authorities shifted her in July 2014 to the All India Coordinated Research Project on Safflower at Annigeri, 65 km away from her laboratory in Dharwad,  scientist Manjula S Maralappanavar says.

UASD Bt Cotton Event No 78, Maralappanavar says, was developed after a decade of research in a laboratory set up between 2005 and 2008 at the University of Agricultural Sciences (UAS), Dharwad with funds from the Department of Biotechnology.  An “event” in agricultural biotechnology is the location of a transgene on a chromosome.

Four constructs including Cry1Ac with enhancer, that is, the gene toxic to cotton bollworms with genetic devices to regulate production of the protein, were obtained in 2009 from the International Centre for Genetic Engineering and Biotechnology (ICGEB) at Delhi University’s South Campus, with permission from the Review Committee on Genetic Manipulation. From many potential transgenic candidates, Event No 78 was selected and advanced, Maralappanavar says.

The results of the efficacy and commercial potential of the event were presented in April 2014 to the university administration and the institutional biosafety committee (IBSC)  headed by Vice-Chancellor D P Biradar with a request to allow biosafety field trails.  That is when the saga of suppression began, says Maralappanavar.

She says she was suddenly shifted to the safflower project and not allowed to work in her purpose-built laboratory. The minutes of the IBSC meeting, necessary to move to the next stage, were not finalised till July that year. The lab and greenhouse were dismantled in February 2015 and the instruments and material locked in a room. This has resulted in the destruction of most of the research results, she says. The event itself has been saved despite a non-supportive working environment and efforts have been made to bring it to the notice of the state and central governments, Maralappanavar says.

A memorandum of understanding (MoU) was sent in July 2015 by the Indian Council of Agricultural Research (ICAR) to the vice-chancellor of UAS, Dharwad for permission to use the event. As per the MoU, ICAR would conduct biosafety trials and also get the event characterized.  A licensing agreement for commercialization of the event was obtained from ICGEB in August that year and sent to the university for approval.  Until recently, it did not acknowledge receipt of the MoU for material transfer and “under long and severe pressure” has only now signed the licensing agreement. “The speed and the manner at which this process is going on seem to be to intentionally lose the current kharif season too,” says the scientist. Cotton is grown in the monsoon season.

The scientist says she and her colleague have written to the PMO, but the letters are directed to ICAR and the Department of Agricultural Research and Education (DARE).

No public sector Bt cotton event has been commercialized so far. This has allowed Monsanto to dominate the market since 2002, when transgenic cotton was approved for commercial cultivation, and earn huge amounts in royalties.

We have written to Vice-Chancellor D P Biradar for his comments. These will be posted when we receive them.  We have also sent data provided to us by Maralappanavar to a Delhi-based geneticist. We will also post his comment when we get it,

(Photo of Manjula Maralappanavar, third from left, in a safflower field)