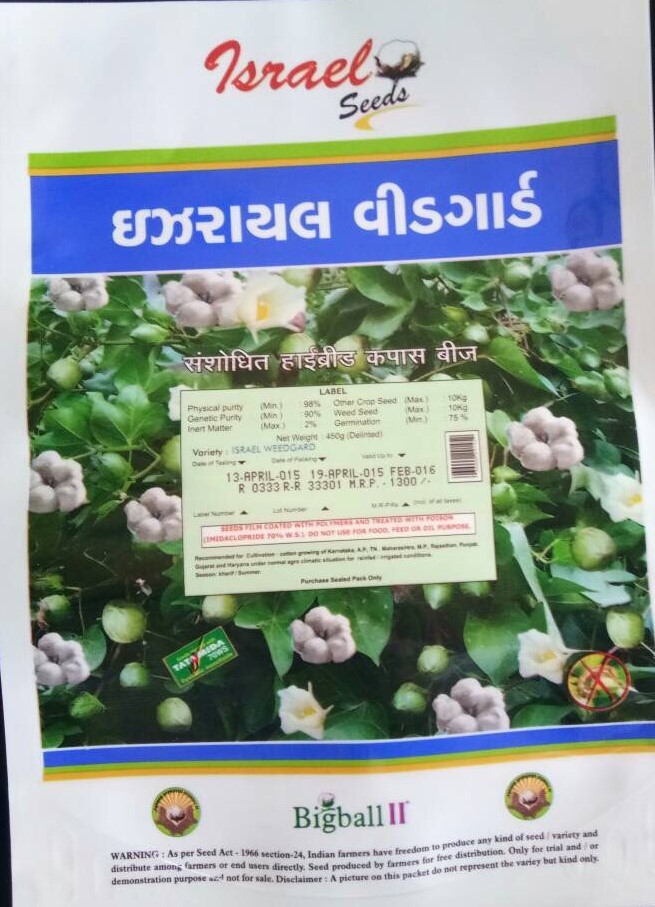 Vivian Fernandes reports on a meeting held by the Agriculture Ministry on Tuesday, June 17, where state representatives were told to crack down on the cultivation of herbicide-tolerant cotton, including by banning the sale of glyphosate.

The government has advised states growing cotton but not tea, to disallow the sale of the herbicide glyphosate with a view to curbing the proliferation of unapproved, genetically-modified (GM), herbicide-tolerant (HT) cotton.

The agriculture ministry had called a meeting of state representatives on Tuesday to implement the recommendations of the Field Inspection and Scientific Evaluation Committee (FISEC), which had been set up at the instance of the Prime Minister’s Office (PMO) to make an assessment of the scale on which unapproved HT cotton was cultivated and suggest measures to curb it. FISEC had members from the Indian Council of Agricultural Research, Department of Biotechnology, the environment ministry, the agriculture ministry, and state agriculture departments. It was chaired by the co-chair of the Genetic Engineering Appraisal Committee (GEAC), the regulatory body for GM crops.

One of the recommendations of the committee was to regulate the use of glyphosate strictly as per the Insecticides Act, 1968. Under the Act, glyphosate is allowed for use in tea gardens and ‘non-cropped areas’.  States have been advised to act accordingly, a senior agriculture ministry official who was present at Tuesday’s meeting said on a non-attributable basis. Among the cotton-growing states only Tamil Nadu, which has tea plantations, can allow its crop protection chemical dealers to stock glyphosate, the official said.

But the Crop Care Federation of India said the advice was legally flawed and could be challenged. The Act does not define ‘non-cropped areas,’ Ajit Kumar, Director and Leader-Technical Committee at Crop Care said. Farmers have been using the herbicide on bunds and ridges of fields. According to him, farmers were likely to buy it for use in non-cropped areas and spray it on unapproved HT cotton.

FISEC had estimated that 15 percent of the cotton area in Andhra Pradesh, Telangana, Maharashtra and Gujarat was HT cotton on the basis of 13,361 leaf and seed samples.  The incidence was 5 percent in Punjab. The HT trait purity ranged from 68 percent to 100 percent. The event identified in the HT positive sample was Monsanto’s MON88913 and “no other event.”

The site inspection team had visited fields in Andhra, Telangana, Maharashtra, Gujarat and Punjab. It found that farmers were growing cotton with the unapproved trait for the past one or two years. They were “satisfied” with the technology because it saved the cost of weeding and was, therefore, “cost beneficial.”  They complained about trait purity but “could not do much” as there was no proof of purchase.  Middlemen directly handed over the seed packages to the farmers.

Globally HT cotton has been grown commercially since 1995. Australia, Canada and the United States are some of the countries that have permitted cultivation of herbicide-tolerant cotton after assessing its “impact on human and environment and concluding no significant impact to the environment or humans,” the FISEC report said.

In India regulated research under contained conditions and confined field trials was conducted in HT cotton between 1998-2000 and 2005-13. When it was on the verge of being authorised for cultivation, Mahyco or Maharashtra Hybrid Seeds Company withdrew its application in August 2016 from GEAC fearing India’s flip-flops on the patentability of GM traits would prevent it from enforcing its intellectual property rights.

Currently, there is no approved HT cottonseed. But there is a felt need from farmers owing to the rising cost of manual weeding.  This has spurred a large, clandestine trade in unapproved HT cottonseed, which is said to be retailing for more than a thousand rupees per packet of 450 grams, much more than the controlled price of approved insect-resistant GM-cotton (a.k.a Bt cotton). (According to an official communication of the Andhra government issued in July, samples of the following companies’ Bollgard II cottonseed have tested positive for herbicide-tolerance: Western Agriseeds, Paturi Agri Biotech, Nuziveedu Seeds, Narmada Sagar Seeds, Sri Sathya Agri Biotech, Neo Seeds, Kaveri Seeds and Ankur Seeds).

FISEC said Mahyco hybrids which were in the regulatory pipeline and later withdrawn were not found in any of the field samples indicating that there was no deliberate release of hybrids by Mahyco into the market.  But in May the Maharashtra government ensured that Mahyco burnt its stock of 58 quintals of HT cottonseed produced in the course of confined field trials.

One of Mahyco’s parental lines used for producing hybrids had a high genotypic match with three of the parents collected from illegal seed production plots, FISEC said.  Further investigation as to how it was available for illegal breeding needed investigation, the committee said.

The 14 illegal hybrids collected from the field fell into two major groups indicating a very narrow genetic base reflecting organised breeding activity by a couple of companies, FISEC said. The genotyping studies revealed that the spread of HT gene was not due to pollen/gene flow from field trials as claimed by some. The studies also ruled out smuggling of the seed from countries where Ht cotton is approved and cultivated as the genotypes found were native to India.

FISEC had made six immediate, five short-term and four long-term strategies to be implemented by various agencies.  Since states have to enforce the action, their participation was very necessary, it said. At Tuesday’s meeting, FISEC’s report was shared with state representatives and they were told to implement its advice.

FISEC said all HT cotton hybrids and their parental lines must be declared illegal.

All HT cotton seed including that found on the premises of seed companies, their dealers and retailers must be destroyed immediately so that there was no leakage and use in the 2018 cotton-sowing season.

Labelling requirement of GEAC-approved seeds including their commercial hybrids and varieties must be reinforced. “The identity and denomination of cotton hybrids should remain unchanged in all batches of seeds produced as expressed in the seed packets,” FISEC said

A representative of Telangana said the state had registered cases under the Seed Act, the Environment Protection Act and the Indian Penal Code (Section 420, for cheating) against 19 entities. Notices have been sent to them, he said.