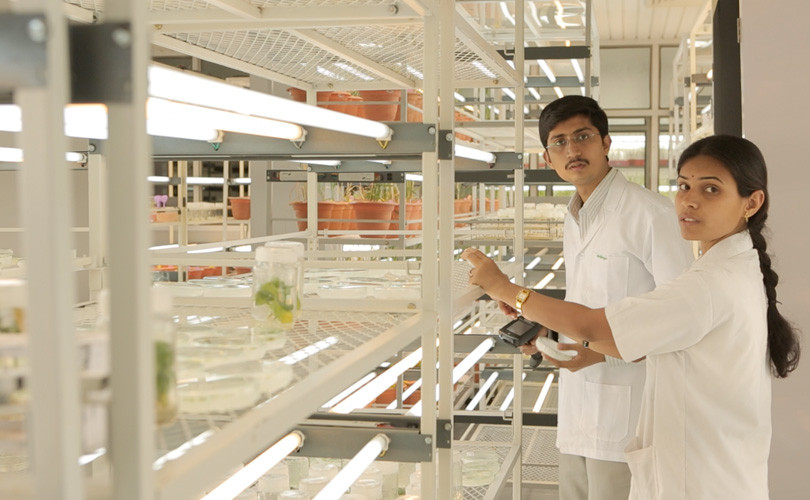 The agriculture ministry tells the Indian Council of Agricultural Research to use Monsanto’s off-patent Bt gene to create cheaper straight line varieties, but will farmers buy damaged goods just because they are cheap asks Vivian Fernandes. This report was first published on www.firstpost.com. Some parts of this story overlap with the one based on the interview with Monsanto India’s CEO and also the FE editorial elsewhere on this website.

The Indian government has woken up to the fact that Monsanto’s bacterial gene that creates resistance to boll worms in cotton plants went off patent three years ago. It has suggested to the Indian Council of Agricultural Research (ICAR) that the gene be incorporated in re-sowable straight line varieties and supplied cheaper to farmers than Bt cotton hybrids.

This event was brought to the notice of the Prime Minister’s office by Vijay Jawandhia, a founder member of the Maharashtra-based Shetkari Sanghatana, who fell out over its pro-market policies in the early 1990s. Jawandhia is not against agri-biotechnology. The Wardha-based farmer leader wants public sector research institutions to take the lead so that farmers can be freed, as he puts it, from the chakravyuh (or trap) of private seed companies. Jawandhia says he came to know about the patent expiry from a report in Pakistan’s Dawn newspaper.

The Shetkari Sanghatna on the other hand believes there should be minimal government interference in agriculture and it should play a regulatory role. It regards research-oriented private seed companies as allies of farmers as they have an incentive (profit) for rapid technology development and transmission. Last week, it observed founder Sharad Joshi’s eightieth birthday as Technology Day.

It was cottonseed with the now off-patent gene that India approved for commercial cultivation in 2002. It was developed by Mahyco-Monsanto Biotech,  joint venture of Maharashra Hybrid Seed Company (Mahyco) and the US multinational. Bt cotton remains the country’s only genetically-modified (GM) commercial crop so far. It turns out that Monsanto never held the patent on the gene in India.

The patent expired in the United States in 2012.

In a letter to S Ayyappan, the Director-general of ICAR, Agriculture Secretary Siraj Hussain says the Sindh Seed Council has released two Bt cottonseed varieties based on the gene, and has evolved a number of Bt hybrids as well, but ‘India could not do so.’

In a disapproving tone, he says, ‘in India, there was never any patent on this event. However it seems we were unable to take prompt action in making Bt cotton seeds with this particular event (or other events) available to our farmers as public release varieties. It is understood that the gene now can be used by ICAR in straight-line varieties of cotton for production of seeds at lower costs for our farmers’ after obtaining requisite clearance from the GEAC,’ or the Genetic Engineering Appraisal Committee, which sits at the apex of the regulatory system for GM technology.

While ICAR is trying to catch up with the past, Mahyco-Monsanto has moved on. Monsanto India’s CEO Shilpa Divekar Nirula says in her ‘assessment less than five percent’ of Bt cottonseed used in India has the off-patent gene. The rest is Bollgard II, which ‘offers a broader spectrum of control’ as it has two insecticidal proteins. This ‘event’ was approved for commercial release in 2006.

Currently, Mahyco-Monsanto is conducting trials on Bollgard III, which has a combination of three Bt genes, but the one immediately in the pipeline is a seed with both insect resistance (Bt) and herbicide tolerance.

‘Labour and the availability of labour at specific times in the crop cycle is becoming increasingly challenging,’ says Nirula. Though wages rates have moderated off late and commodity prices have fallen, ‘they are trending upwards,’ she says. Earlier, weeding was done manually but ‘a lot of times we find farmers leaving weeds in the field.’

Labour cost is the biggest component in the cost of cotton cultivation, according to the official national sample survey. ‘We spend a lot on weeding and on spraying chemicals’ says Rustam Jamaluddin Turak of village Selsura in Wardha district. ‘We have to pay Rs 300 a day. Earlier, I used to spray myself but I am 68-years- old. I did not engage labourers but now I cannot manage it and my children do not like to work on the farm.’

‘We need technology that can deal with pests that curls the leaves, and kills weeds,’ says Jayantibhai Gajera of village Biliyara in Rajkot district. ‘I heard it is going to come,’ he adds.

But the attitude of state governments to agricultural biotechnology and private seeds is quite unhelpful. Instead of getting out of the way when not part of the solution, they have become part of the problem.

Ahead of monsoon sowing season, the Maharashtra government unilaterally slashed the price of cottonseed prices with the double Bt gene by Rs 100 a pack of 450 grams to Rs 830

‘We do not know the aspects that are taken into consideration or how often the review will take place. This makes it unpredictable for an R&D intensive industry and that includes seed companies and technology providers,’ says Nirula. Price controls on Bt cottonseed were imposed in 2005. Not all states have them. The previous revision was in 2011. Seed companies contested the order but the Bombay High Court upheld the price cut.

More unsettling for the seed companies is Maharashtra Agriculture Minister Eknath Khadse’s threat in a Marathi newspaper to cut the price to Rs 500 next year.

The Telangana government has added to the uncertainty. While keeping prices unchanged, it has cut the trait fee or royalty which licensees pay to Mahyco-Monsanto for Bt technology to Rs 50 a pack.

The government order says its order will supersede private contracts and non-compliance will invite penal action. Mahyco-Monsanto has 46 licensees. They are charged a trait fee of Rs 163.29 per pack. The courts have stayed the order, but ten licensees are not paying.

‘These contracts were entered into after extensive discussion in mutual and good faith,’says Nirula.  ‘It is unfortunate that all of a sudden we get a letter that a few licensees would not make any payments,’ for the technology licensed to them.

The Prime Minister speaks of ‘Make in India’ and the department of industries is striving to push India many notches up on the World Bank’s index of ease of doing business. If governments interfere in private contracts or do not follow due process while revising prices, or there is no clarity with regard to approvals forGMcrops that meet bio-safety standards, will research dollars flow into the country? Can agricultural biotechnology companies keep on pouring money into research establishments in the hope that governments  will resolve their ideological confusion over GM technology?