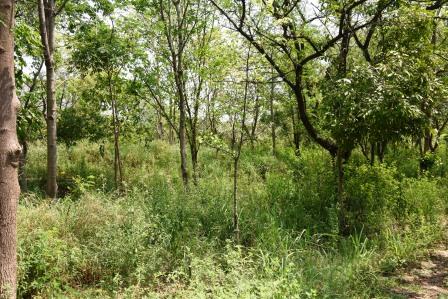 Air quality improved across Indian cities during the lockdown, especially in Delhi.  While the resumption of economic and social activity will reverse these gains, what can the capital do to scrub the air of greenhouse gases and tiny dust particles?  Vivian Fernandes reports.

The lockdown that was imposed on 24 March and lifted partially on 1 June has significantly improved the quality of air in cities.  One can see clear skies. There is no haze. There are reports of Himalayan peaks Yamunotri and Gangotri being visible from the usually dusty town of Saharanpur in Uttar Pradesh.

The new coronavirus which causes covid-18 infection has made the air breathable by attacking the cells of the very apparatus through which we breathe. But rather than allowing us to enjoy the outdoors, it has forced us in. It is like being in the sea and not able to drink.

The International Energy Agency (IEA) has estimated that global energy-related CO2 emissions are set to fall by 8 percent this year. It says this is the largest decrease in emissions ever recorded and six times the previous record drop of 400 million tonnes in 2009 after the financial meltdown.  The environmental website, Carbon Brief, says India’s CO2 emissions fell by 1.4 percent (30 million tonnes) in the year ending on 31 March. During that month, it 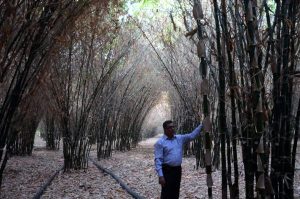 says, CO2 emissions dropped by 15 percent and likely fell by 30 percent in April, owing to the lockdown.

Bengaluru had only green or light green days in April and May, which is the colour code of the Central Pollution Control Board’s Air Quality Index (AQI) for good or fairly good air. During those months last year, 38 of 61 days were colour-coded yellow, denoting air quality a rung lower than fairly good in the six-rung AQI, where ‘severe’ is the worst.

Chennai too had good (green) or fairly good (light green) days during the lockdown. Last year, 17 of 61 days were yellow.

Hyderabad had only green or light green days during April and May, except for six days when they were yellow. The yellow range is from an AQI count

Mumbai’s air quality was green or light green throughout April and May. It was not much changed from last year when only two days were yellow. Perhaps, strong sea breeze and pre-monsoon winds keep its air clean.

Kolkata had four yellow days out of 61. The rest were green or light green. There was not much change from last year, when nine days were yellow.

The biggest change was in Delhi which has bad air because of roadside and construction dust, high CO2 emissions from a huge number of vehicles and dusty conditions in summer. Last year 34 of 61 days in April and May were poor or very poor; the air quality count ranged from 200 to 400. Twenty-six days were yellow, or one step above poor. There was just one day when the air quality was fairly good, against 18 days this year.  This year there were just two days when the air quality was poor. There were no very poor days.

Since Delhi is the odd-city out, how can it retain the air quality gains of the lockdown?

N. Bharathi recommends Bambusa Balcooa, a species that grows extensively in the north-east.  It is naturally sterile, unlike other bamboo species, which flower after a few decades, produce seeds and die. It does not have thorns, so is unattractive to snakes which use the spikes to shed slough. That makes it easy to harvest as well. The variety grows up to 55 feet when well-tended. Each pole weighs 25 kg as it is dense; the hole in the middle is about the width of a 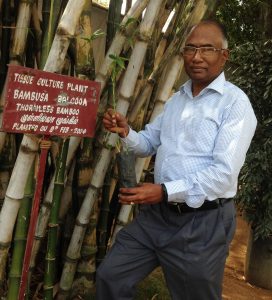 N. Bharathi with Bambusa Balcooa planted in 2004. Photo by VF.

finger. With close planting, irrigation (20 litres per day), application of fertilisers and good agronomic practices about 40 tonnes per acre can be harvested annually, Bharathi says. At any time, Bharathi has about a million two-year-old, tissue-cultured plants produced at his laboratory, ready for planting.

Forty tonnes of cane from one acre can produce 10,000 litres of ethanol, according to Bharathi. The yield is better than that of cane. Cane juice when converted entirely into ethanol can yield 2,400 litres per acre, says Bakshi Ram, Director of the Sugarcane Breeding Institute in Coimbatore. This is from the blockbuster variety, Co-0238, he has developed. It has high yield per acre (31.5 tonnes) and a high rate of sugar recovery (a little over 11 tonnes for every tonne of cane crushed). If the cane juice is used to make sugar, the ethanol yield from the by-product molasses drops to a fifth.

Ethanol is also produced from maize. An acre of maize in the US yields on average of about 1,775 litres of ethanol, according to data posted on the website of the University of Nebraska-Lincoln.  Average US maize yield is much higher than that of India.

U Sivakumar, Professor of Microbiology at TNAU says the advantage of bamboo as a raw material for ethanol production is that it does not compete with food material. It can also be grown on wasteland.  K T Parthiban, professor and head of forestry at the Forest Research Institute of TNAU, says Bambusa balcooa is a densely populated plant with heavy foliage which is good for trapping gaseous and particulate pollutants. He says it acts as a good sound barrier too. His experiments have shown that it responds well to irrigation and fertiliser. Sewage can be used. He thinks it is a good idea to plant is along the Yamuna. 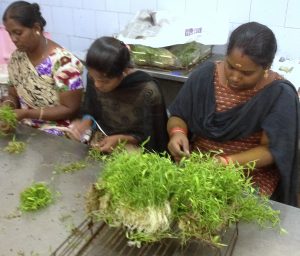 Bamboo clones being made at Growmore Biotech. Photo by VF

Bambusa Balcooa is the preferred input for a 60 million litre per year ethanol plant that Numaligarh Refineries (NRL) in Assam is setting up. While it is contributing half the investment, the rest is from Fortum, a Finnish energy company and Chempolis, the Finnish licensor of the technology.  This is one of 12 projects that the central government with supporting with Rs 150 cr each. The Indian refinery is the first to use the Finnish licensor’s technology.

The capital cost of ethanol produced from cellulose is usually high, making it unprofitable. S K Barua, Managing Director of NRL says the Finnish technology is efficient. The other chemicals – furfural and acetic acid- will enable the plant to recover the cost of production. Barua says the bamboo species have been tested for alcohol production and found to be satisfactory. The project will commence production from end of 2021. The recent slump in prices of petro-fuel (with which ethanol is blended) has not forced a rethink, Barua says.

Even if there is demand for ethanol, are bamboo plantations advisable along the Yamuna? C R Babu says they can be planted on the slopes of the bunds and elevated flood plains of the Yamuna, not in ribbons but with native broadleaf species and shade-loving shrubs. Babu is an ecologist and professor emeritus at Delhi University’s Centre for Environmental Management of Degraded Ecosystems (CEMDE). He is advising the Delhi Development Authority on bio-diversity parks, and the Delhi government on replacing Vilayati Kikar, an invasive Mexican shrub, with native species on the Ridge. Babu says a three-tier community of mixed species, comprising bamboo and broadleaf trees with shrubs in between can efficiently scrub the columns of air passing through them of CO2 and particulate matter like PM 10 and PM 2.5.

Any plantation along the Yamuna needs an ecosystem approach, says Faiyaz Khudsar, scientist in charge of 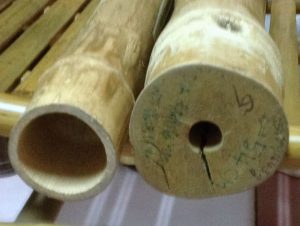 CEMDE’s biodiversity parks programme. The community of trees and grasses must help maintain river flow and biodiversity while mitigating air and dust pollution. This means restoring the wetlands and marshes along with establishment of floodplain forest community and grasslands. Khudsar says bamboo (Dendrocalamus strictus) is part of the Yamuna floodplain species along with Arjuna (Terminalia arjuna), Jamun (Syzyzium cumunii) and so on.

Of course, cities must check the sources of pollution: vehicle exhausts, construction and roadside dust, and, in the case of north Indian cities, smoke and soot in winter from burning paddy stubble. Three-tiered urban forests of mixed species are part of that holistic approach.