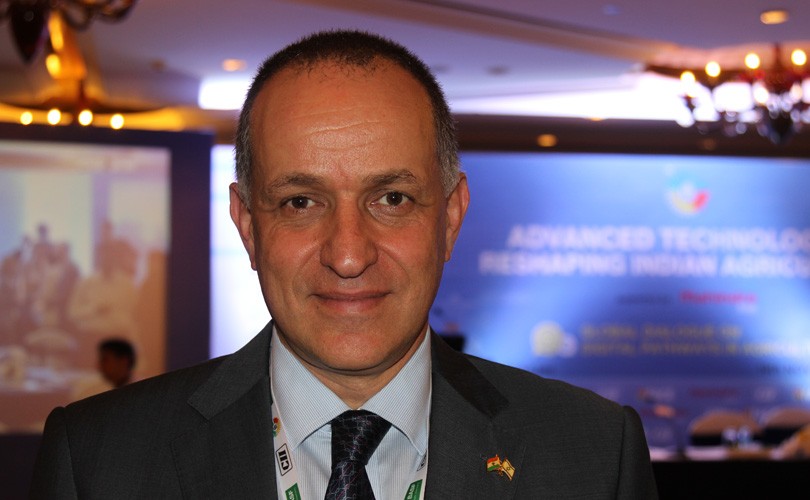 Vivian Fernandes reports on some of the interesting ideas being thrown up at the Confederation of Indian Industry’s event in Chandigarh on how advances in digital technology can drive Indian agriculture.

How can a traditional company that sells drip irrigation equipment use advances in computing power and mobile communications to drive its business? Richard Klapholz, CEO of Israel’s Rivulis Irrigation believes the app should be “reliable, simple and affordable,” like Google search or the navigation directions which Google Maps provide, which help even functionally literate taxi drivers to steer their way though the maze of Indian city traffic.  Klapholz was speaking at an event “Digital Pathways in Agriculture,” organized by the Confederation of Indian Industry in Chandigarh.

“Fundamentally we are a plastics company,” says Klapholz deprecatingly about his drip irrigation business in which Pune’s Firodia group has a stake. And though drip irrigation saves water and fertilizer and reduces pest attacks by lowering humidity around plants, the global adoption rate is 10 percent. Given the benefits it should be 100 percent, says Klapholz. He believes unlike in flood irrigation, intuition does not work in drop-by-drop irrigation. Farmers do not know when to irrigate and how much to irrigate because they cannot see flowing water.  There are no standards though there are protocols and formulas.

CII’s agricultural fair in Chandigarh. It was visited by Presidents Pranab Mukherjee and Reuven Rivlin of Israel on 20th November. Photo by Vivian Fernandes.

Klapholz believes drip irrigation will have wider acceptance if farmers are freed from fretting about calculations and customized recommendations are provided. Sensors will not help because their penetration is very low. He believes remote sensing combined with hyper-local weather data which goes back 30 years and two weeks into the future is the answer. This will have to be related to the crops which a farmer has planted, the fertilizer they have applied and the soil conditions in their fields.

Fortunately, high resolution satellite images where a pixel equals 10 by 10 metres, are available at very low cost.  With that kind precision it is possible to see one or two hectare plots vividly.  Satellites pass over an area once in five days. A year from now, the frequency will drop to 2.5 days and to one day in a couple of years.

“We want to provide sensor-free, site-specific dynamic recommendations,” says Klapholz. The target price: Rs 100 per acre.  If he gets there, he should he able to capture the mass market with that kind of aggressive pricing.