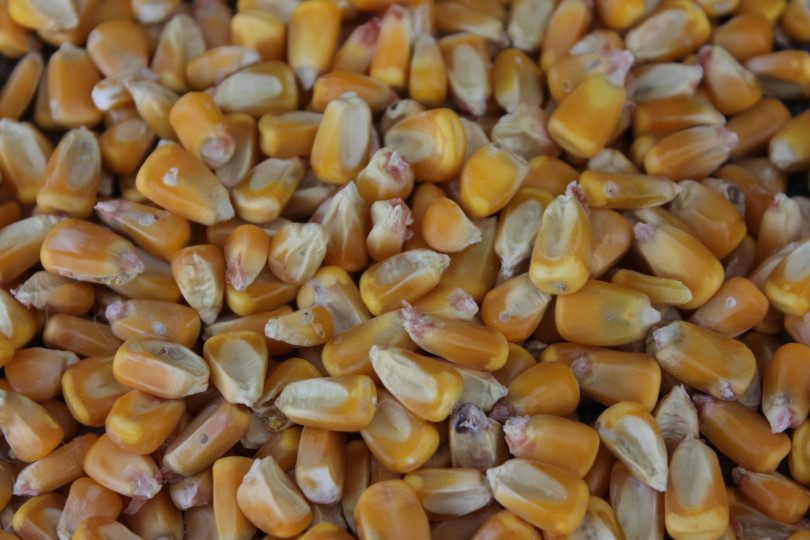 Groundwater depletion is a serious issue in Punjab. In 9,000 sq km of central Punjab, the water table is below twenty meters or sixty six feet. In 110 of 138 blocks, the water utilization rate is more than the rate of recharge, says the state’s 2012-13 economic survey. Punjab has 2.82 m ha under paddy of which it wishes to take 1.5 m ha to other crops like cotton, pulses, soybean, maize, and fruits and vegetables. Since the past two years, the state has embarked on a diversification from water-soaking paddy to maize, which requires just a fourth of the water. The plan is to have half a million hectares under the crop in the next three years, about the same area as in 1966, from the current 1.29 lakh ha. Farmers are reluctant to switch because common rice gives a gross return of at least Rs 84,000 per ha, which maize cannot match. Productivity is short of seed potential and there is hardly any government procurement at support prices. In an interview with Vivian Fernandes, Punjab Agricultural University’s Vice-chancellor, Baldev Singh Dhillon, lays out the options before the state, and announces its plans for entry into Bt cotton.

Q: Are you satisfied with the pace of Punjab’s diversification out of rice?
Ans:  Punjab agriculture is facing many challenges and No 1 is depletion of groundwater. For that we have to move in many directions. In rice we are moving towards early maturing varieties.  The latest variety we have given to the farmer is PR 124 which matures about 20 days earlier than Pusa 44 with almost comparable yield. The second possibility is basmati because it needs less water. And the third possibility is (zero tillage) direct-seeded rice (planted with machine in furrows just two centimetres deep). We have certain niches where direct seeded rice has been very successful. The largest niche is in Muktsar where we have heavy soil with a bit of water logging and through direct seeded rice we save about ten percent of water.

Q: What about alternative crops, Sir?
Ans:  Two major alternatives are maize and cotton. The question is how to utilize maize. We must give importance to animal feed. Punjab is doing very well in dairy and poultry.  In USA so many products are made from maize. The ministry of food processing at the centre is quite active. We have installed a food processing incubation centre in Bhatinda. It will start functioning from June. At Ludhiana, we are setting up a food industry centre where people can take training and scale up. We will make arrangements for sale of produce. There will be sale points at the university. Maize can also be used for ethanol production as a bio-fuel.

(Q) How about horticulture?

Ans:  In horticulture we are taking many steps. Kinoo is our most popular fruit. Two years back we released two varieties which give fruit a month in advance. We have started a nursery.  We have also developed less-seeded kinoo.  We started in 2006-07, when I was director, research, and the results have come now. We have identified two mutants which qualify for the international standard of less-seeded kinoo, that is, less than seven seeds. We have started multiplication and the seed will be available in 2017-18. The second most
important fruit crop is guava. It also has too many seeds and we have developed a very good guava hybrid. We have set up two sections to specifically work on fruit breeding.

Coming to vegetables, potato is a very important crop. We  have a MoU with the Central Potato Research Institute for seed production and evaluation of their varieties. Another important crop is pea. The problem is of picking. The Punjab government has imported a pea picker and we have conducted experiments with it. One of our varieties Punjab 89 is very well suited. Now we have to develop production practices for it.

We should not go for one crop. We should not think maize will occupy all areas. It cannot go to south-western districts of Bhatinda  or Ferozepur. Similarly cotton cannot come to central Punjab or the northern sub-mountainous belt.  So maize in the upper, northern part , cotton in the southern part, kinoo in both and guava everywhere in Punjab. Similarly with potato. There are niches – Nawanshahar, Bhatinda and Patiala.  In chilly also our new hybrids are doing very well. Another area which is important but on a small area is protected cultivation. Now Punjab has 1,200 poly net houses.

Q: Has PAU applied itself to increasing the area in Punjab under cotton?
Ans : There is large scope but the problem is of mechanization and the very high cost of seeds, which are all coming from the private sector. We are following a two-pronged approach.  We have signed a MoU with Gujarat State Seed Corporation and have sent the parent of hybrid LHH 144 to it.  That corporation in turn, has a MoU with Mahyco Monsanto Biotech Limited for transfer of (genetically-modified Bt) genes into our hybrids. We sent it two years back.

We will be using (geneticist and former Delhi University vice-chancellor) Deepak Pental’s (Bt) gene for development of (open pollinating) varieties so that we cater to farmers having large and small land holdings. (Seeds of open pollinating varieties can be re-sown, unlike those of hybrids).

(Q)  Will you be selling Bt cotton seeds at lower than the MRP of Rs 950?
Ans: Yes, much lower.  I cannot specify the price because I cannot say what will happen after five years. If we get the gene next week (the interview happened on 23 April), the variety will come after five six years. Normally it takes about 12 to 15 seasons. So we will try to take two-and-a-half or three crops in the beginning during varietal development process in one year, then evaluation has to be done for four years. Maybe we can cut short on evaluation.

Q: Is Prof Pental’s Bt gene also from Monsanto?
Ans: That Deepak Pental will know.  (Prof Pental says his Bt gene construct is based on the gene sequence published by Western scientists about twenty years ago. Six years of work has gone into it, he said. The Bt gene is well characterized in a (foreign) cotton variety called Coker-310 FR. This line is amenable to genetic transformation; it regenerates very well in culture unlike Indian lines. Pental will be providing the transgenic seeds to PAU which will have to cross them with its varieties, grow them in actual field conditions and assess the productivity. Pental’s Cry1Ac gene is shorter than that of Monsanto’s; there is a six amino acid difference between the two. The two regulatory bodies, RGCM and GEAC, will have to decide whether this calls for fresh bio-safety trials, in which case their introduction to farmers will be delayed.).

(Q)  Are you in favour of GM crops?
Ans: You see, I am basically a geneticist. So I would love to talk about GM crops. There is lot of misconception and apprehension. Apprehension of the unknown and misconception that every GM has some toxin. Okay, in  case of cotton, GM has come for American boll worm resistance so there is some toxin (it is derived from the gene of a soil bacterium with BT as initials). But take Vitamin A gene. If we transfer it from maize to wheat or any crop (Golden Rice) what is the problem? Take rust resistance in rice. If we transfer rust resistance gene from rice to wheat, which has a major problem of rust, what is the problem?

We have Jains who are extremely conscious about vegetarianism. So we should not put every gene blindly. We should prioritize the crop and also the genes which we want to transfer. On the whole my feeling is GM is good provided we move step by step.

(Q) In cotton the bacterial Bt gene toxin is meant to kill a worm. Does it harm humans as well?
Ans: So far we do not have any evidence, even though there are some publications here and there and all types of claims are made. But to the best of my knowledge and belief there is no toxicity.

(Photo by Vivian Fernandes of Baldev Singh Dhillon in his office on 23 April, 2015)