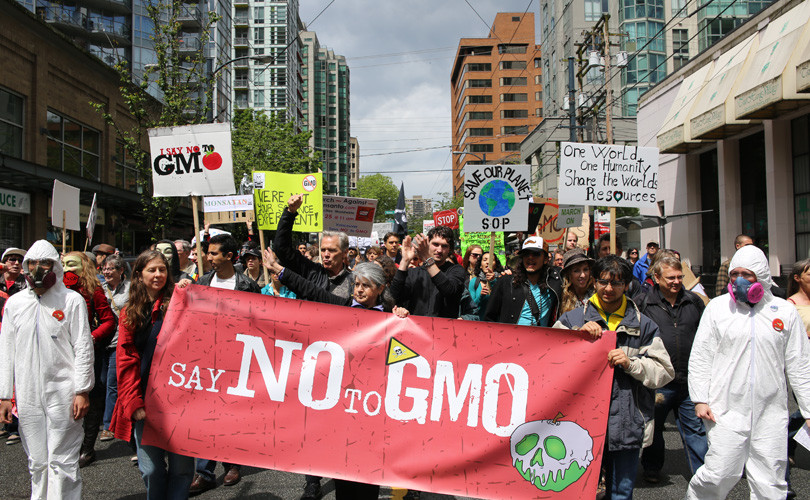 David Green ran a beef and pig farm in Ireland before taking up journalism and becoming editor of Europe’s largest farm magazine, Farmers’ Weekly. Currently based in Viginia near Washington D.C., Green specializes in managing the message on agricultural biotechnology and runs his own communications agency. Green was in India in October for a workshop at the invitation of the Department of Biotechnology, when this website caught up with him.

Q: Your surname fits your vocation.  Your career seems to be genetically pre-ordained.

DG: Laughs and narrates an anecdote.

Q: You claim to be independent. Can you be when consulting to agri-businesses?

DG: I like to think so because my job is to give advice. I am not selling the product. I am not working for the companies themselves. I advice farmers in the United States on public policy and market access issues. I like working with farmers because I think they have a very good story to tell on the technology.

Q: Which farmers groups do you consult to?

Q:You have done post-graduate research on pressure groups. Could you tell us who is funding the anti-GMO groups and why the activists bring a sharp, personal edge to their arguments against GM crops?

DG: My research was on how NGOs (non-governmental organizations) developed over 20-30 years ago. Greenpeace International has an turnover of about $350 million a year. It is like a corporation. The money mostly comes from collections and private donations.  I have no problem with NGOs at all. We need them to represent civil society. But the problem with NGOs is that it does not matter whether it is GMOs or other issue, if the facts and the science say one thing why do you go against it?

Food is something personal. So I can appreciate NGOs challenging food companies to say, ‘how can we trust this?’ If the science supports a thing and you still campaign against it I think it does not help anybody.

Q: Who are these private donors?

DG: Some of them are large foundations in the United States. Some are business who would protect their interests.  I know there was a food company in England which provided a reasonable amount of funding, about 50-60 thousand pounds. The chairman of the company, a lower-level supermarket group, was a member of an NGO.

Q: Do people not believe the evidence about safety of GM foods because there is science fatigue? Are people afraid that technology is running ahead of regulation into uncharted areas from which there is no rolling back?

DG: I think that is a really good point.  There is a science fatigue and there is a fatigue with all these stories. The GMO story started in 1996-97. In Engliand at that time there was extraordinary concern and fear because there was a range of food scares. There was  E.Coli, salmonella in eggs and mad cow disease. So ordinary consumers were asking, ‘what are you doing to our food?’ And just in the middle of the mad cow disease controversy, GM crops were available and no one was able to give the answers. At that time legislation was very undeveloped. The technology was a step ahead of the legislation. From a society point of view it is easy to understand.

Q: Are fundamentalist Christians groups behind the opposition to GM crops because they think science is trying to play God? They are not willing to accept the supremacy of science as is evident from efforts to rationalize Biblical myths through Creationism, Intelligent Design and so on.

DG: Not that I am aware of. The lobby that would be funding the anti-GM rhetoric would be the organic food lobby. It is at the forefront of the anti-GM campaign for obvious reasons.

Q: Is there a distrust of regulators because of the revolving door that exists between departments of the government and industry? The financial crisis of 2008 from which we are recovering is an example. It was caused by lax regulation of the banking industry from which personnel to the regulatory bodies were drawn.

DG: No. Regulators have a tough job particularly on controversial issues.   In Europe there was initial legislation which approved GM crops. But the media was loaded against. Politicians were scared as well. Regulators were caught between two forces and were in the spotlight. I know a number of regulators who were frightened of the attacks from NGOs, the phone calls they got at homes, the emails and letters.

Q: Why is the EU opposed.

DG: It is not. Some countries are opposed but the EU is not. Europe imports soy because it cannot grow it successfully. They import over 30 million tonnes of GM soy every year for feed and some for food. That comes primarily from Argentina, Brazil and the US. They grow a lot of corn themselves so they do not import it.

The way GMOs are regulated in Europe there are two parts to it. First is scientific assessment. Companies submit their dossiers to the European Food Safety Authority, which has independent scientists. They carry out the assessment of the product. It is supposed to take six months but on average it takes two years. That opinion is then voted  on by the member states. One of the great shames in Europe is that the food safety authority was set up by the EU member states as a rigorous, scientific and independent body. When the authority comes back with advice that it has no problem with a particular product the member states cannot agree and some will vote against and will state the reason for voting against as ‘political instructions’. That to me is wrong.

Q: Is the opposition trade related,or national food security related because the US has the edge in agricultural biotechnology?

DG: Some of it is trade related.  A lot of it is straight politics. Some states want to develop their own agriculture. They want pristine food and see GM as not pristine.

Q: How do you build public confidence

DG: It is very difficult. It is easy to gain trust but it is very very difficult to regain it. Take the BSE (bovine spongiform encephalopathy or mad cow disease) crisis. The (British) government at that time kept assuring people of the safety (of beef). ‘Do not worry about it’, they said. ‘This particular disease does not get transmitted to humans’. Well, fast forward eight years and the results were that it did transmit. And government was forced to admit that twelve people had died. Anybody would say,’I am not going to trust these people ever again.’ Tony Blair’s Labour government came and said we are eliminating the department of agriculture from the regulatory body. That was a good approach at one level to try and build confidence. One of the ways to do it is we in the United States is to take politicians and people to farmers fields and say talk to the farmers.

The US is the most litigious society but there has not been one successful law case against GM crops.