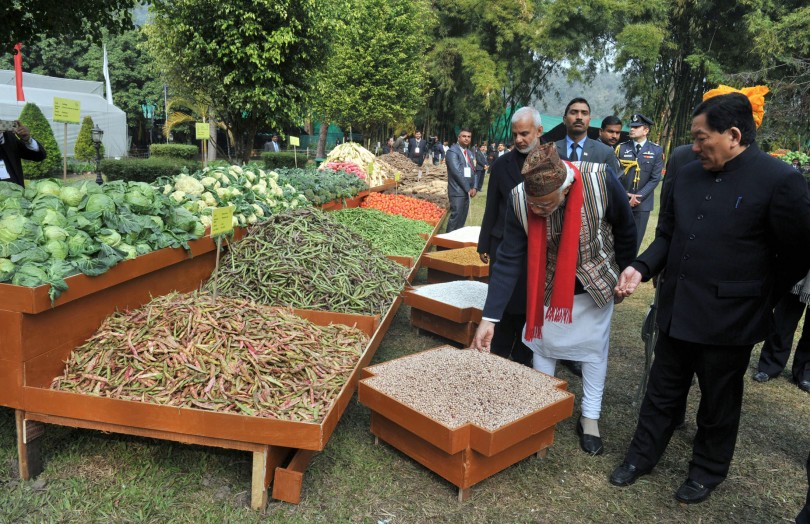 We had an article in March about the false promises of organic farming. Unless low yields are compensated with higher prices, organic farmers will come to grief, we said.

This is exactly what has happened in Sikkim. Chief Minister Pawan Chamling has been pushing organic farming. By 2009, agrochemical shops in the state were closed down. On 19 January, 2016, Prime Minister Narendra Modi declared Sikkim to be India’s first and only organic agriculture state.

But a report in the Indian Express says Sikkim’s farmers have come to grief. Their organic produce does not fetch a premium. Non-organic vegetables from West Bengal are under-cutting them. A farmer says a farm that yielded 40 quintals of tomatoes before he made the switch to organic, now yields 18-20 quintals. His wants Rs 60 a kg, but non-organic tomatoes are selling for Rs 50 a kg.

Padma Shankar, the Chairperson of Sikkim Agriculture and Horticulture Board, has a different metric for success. She counts emulation of the Sikkim example by Kerala, Mizoram, Rajasthan and Gujarat as a marker of pride. “Organic farming, no doubt requires putting in extra work, especially since use of chemicals is prohibited across the state,” she told the newspaper. “The state government is seeking to address these problems by initiating a scheme to provide minimum support prices and also allocating a large portion of the budget towards agriculture and horticulture.”

As a relatively isolated state, Sikkim has natural advantages for organic farming. But it cannot be sustainable unless farmers profit from it  This has lessons for the agriculture ministry at the centre which is pushing organic farming because it conjures up images of tradition and a pristine past. For the left parties, chemical equals corporate, which is a bugbear. It is time to take the dogma out of agriculture and see it for what it is: a business and a livelihood. Chemical need not mean contaminated if protocols of use are observed.

(Prime Minister Narendra Modi at an exhibition of organic produce in Sikkim along with Chief Minister Pawan Chamling, January 2016.  Photo courtesy of PIB).