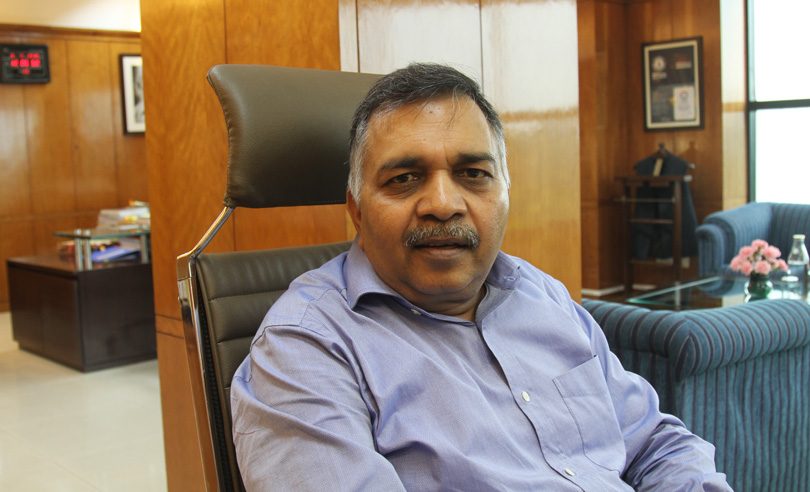 In a study released in the last week of July, the Centre for Science and Environment (CSE) says it tested 65 food products and found 21 of them testing positive for material from genetically-engineered (GE) plants. Of these 16 were imported. It has raised an alarm and has called on the Food Safety and Standards Authority of India (FSSAI) to ban such food products, though India releases GE crops for cultivation (only cotton so far) after they are found to be safe for humans, animals and the environment. Vivian Fernandes interviewed the CEO of FSSAI, Pawan Agarwal. Here are lightly edited and annotated excerpts. (A condensed version of this interview was carried in the Financial Express. This interview also has the FSSAI’s views on the use of formalin to preserve fish, calcium carbide to ripen fruit, antibiotics in the poultry industry and standards of pesticide residue for organic produce).  CSE’s methodology for detection of GM material in food has been questioned by Prof. Pradeep Burma, Head of the Department of Genetics, Delhi University.

Is the manufacture, import and sale of food containing genetically-modified (GM) plant material disallowed in India?

Agarwal: There is a regulatory vacuum as far as GM food is concerned. The Food Safety and Standards Act, 2006 specifically authorized FSSAI to come out with regulations. Until 2016, the environment ministry had issued an order under their act (the Environment Protection Act), which kept the provision that we could regulate it, in abeyance. Once that was withdrawn we started working on how this could be regulated. We have a scientific panel which has met several times and the regulations have been finalized.  The threshold above which we have to label (food containing GM material) was part of the labeling regulations. Now that we are coming out with GM regulations that provision is being taken out and inserted here.

When will the GM regulations be notified?

Very shortly. These will be put up for consultations. They are draft regulations.

Will you insist on labeling of GM food?

That is the proposal. But the draft regulations will have to be first approved by the government.

Why have labeling at all? It is not mandatory In the United States and Canada, for instance.

Different countries have taken different views. The scientific committee and the authority (FSSAI) have taken a view that it must be labeled. Other then the US other countries have mandatory labeling requirements. Even in the US, it is voluntary. (The US Food and Drug Administration doesn’t  require mandatory labeling of food derived from bioengineered plants because it says it isn’t aware that it poses a different or greater safety concern than food developed by traditional plant breeding. The geneticist Deepak Pental of Delhi University says labeling is meant to alert consumers to a health concern. GM crops are approved only when they are not toxic or allergic to humans.  Labeling would prejudice the consumer against the product.-Vivian)

A regulatory vacuum means the manufacture, import and sale of GM food is not disallowed?

It is not disallowed. The view of the food authority is, based on scientific evidence across the world, that there is no verifiable health impact of GM food vis-à-vis conventional food on humans. Obviously, if certain (GM) food is to be allowed, it has to be approved by GEAC (Genetic Engineering Appraisal Committee) and then only it will come to us and we will do the risk assessment just as we do with conventional food before clearing it for consumption.

What is the need for FSSAI to do separate risk assessment, when bioengineered plants have to pass two levels of biosafety trials before being cleared for cultivation?

Sir, the Biosafety Research Level-I and Level -II trials are meant to ensure that the crops which GEAC recommends for cultivation are not toxic or allergic to humans and animals. Their safety to the environment is also assessed.  Will there be a parallel risk assessment by FSSAl, before GM crops are allowed to be cultivated?

Sir, 96 percent of the cotton grown in India is genetically-modified Bt cotton. Most of our cottonseed oil comes from Bt cottonseed. We have been eating it since 2002 or 2003. In all these years why did we not test the oil for GM material?

As I said, the FSSAI Act is of 2006. It became operational in 2011. Till 2016, we could not act (for the reasons mentioned earlier). We have now put some regulations. Our current understanding based on scientific evidence is there is no verifiable health risk from GM food. So I don’t think there will be much challenge in terms of it getting approved by FSSAI once it is approved for cultivation in India or abroad. But they have to follow a process because our act requires it.

As for labeling, FSSAI wants to make it mandatory but that depends on whether the government agrees. That also has to go through a consultation process and based on the feedback a final view will be taken.

At what level of GM material will labeling be triggered?

In our labeling regulations, it was 5 percent but we have received many representations.  We may review it.  We will send it to the government within a week or two. (According to an FSSAI press release, Japan, Canada, Thailand and Indonesia allow GMO content up to 5 percent without labeling. The European Union’s limit is 0.9 per cent.  Lower the threshold, higher is the cost demonstrating or verifying compliance – Vivian).

What do you think of the study by the Centre for Science and Environment? Are you convinced about the methodology they have adopted?

CSE’s study is useful. At least some data is available. There are some concerns about the methodology but something is better than nothing.  (We asked Pradeep Kumar Burma, Professor and Head of Genetics, Delhi University, for his comments on CSE’s methodology. They can be found at the end of this interview-Vivian).

Moving on, what is FSSAI doing about the use of formalin to preserve fish?  (Formalin is a formaldehyde solution used as a preservative in laboratories. It is not used to preserve food).

We have issued an advisory about practices to be followed in transportation of fish. We have publicised it. With CIFT (Central Institute of Fisheries Technology, Kochi) we have developed a testing kit which can detect formaldehyde in fish by merely rubbing it. The states are tuned in to our advisory.  They have to enforce it.

Sir, calcium carbide is widely used to ripen food even though it is a known cancer-causing substance.

The challenge with using ethylene (a naturally-occurring gas that causes fruit to ripen) is that it requires a chamber which becomes expensive for small traders.  Now Ethepon (a powder to generate ethylene) is available in sachets. It costs about a rupee each.  We are coming out with SOPs (standard operating procedures) about how that powder should be used.  We will issue them in a day or two. Ethepon does not require a chamber. It is being imported from China, but it can be manufactured in India too.

Is calcium carbide as bad as it is said to be?

The challenge is not with calcium carbide. Arsenic is often found with it. So it is advisable to wash fruit (before eating them).

We have not done detailed studies. We have done small studies which substantiate the point you are making. One of the often cited antibiotics is Colestin but its half-life is so small that by the time the samples are taken the traces will not be found. That is the challenge of doing surveillance for Colestin. We have notified our standards on antibiotics a few days ago. These are available on our website. Soon we will take up surveillance and enforcement measures. Many of these antibiotics can be used both in humans and animals. So we need a clear-cut demarcation of the antibiotics that can be used only on humans, only on animals and both on humans and animals. (We will also have to determine) how their misuse can be prevented and what are the safe doses. These are all about rearing practices to be followed by farmers and primary producers. They do not come within the purview of FSSAI.  We will work on these issues with the concerned ministries. As a first step, we have notified the safe residue levels of antibiotics in food.

There is so much scare about pesticides in food that people are turning to organic produce. My sense is that by organic, people mean safe, residue-free food. Has FSSAI studied pesticide residue levels in food?

We have finalized the residue levels in food and notified them. For surveillance, we depend on KK Sharma and his team (at the Indian Council of Agricultural Research’s national pesticide residue monitoring project) and we trust their result. (https://bit.ly/2ORKjd4).

We are launching a nation-wide surveillance for heavy metals very soon.  We have standards for organic food. Ideally,  it should not have chemical contaminants. But there could be run-off from neighbouring fields that are using chemical fertilizers and pesticides. So we have kept a limit of 5 percent of the normal (permissible) residue levels for foods. These have been notified. The issue is of enforcement.

Yes. One of the oils has to be at least 20 percent. Only two oils can be blended. Blending is not allowed below 20 percent.