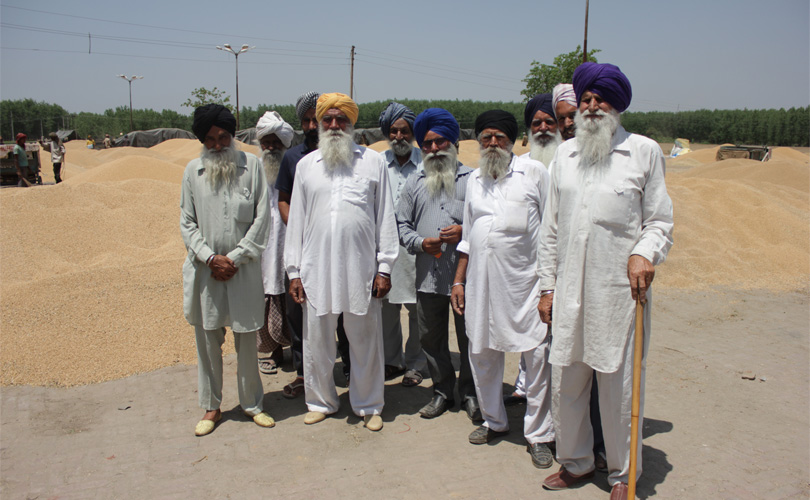 India has been offering crop insurance to farmers for more than forty years. But they see it more as a conditionality for bank loans than a truly risk mitigation device, writes Vivian Fernandes in this short brief on the subject.

(Photo: Distraught farmers, awaiting procurement of wheat for many days at a mandi in Nupur Bet near Ludhiana, pose for a photograph on 24 April, 2015. Photo by Vivian Fernandes)