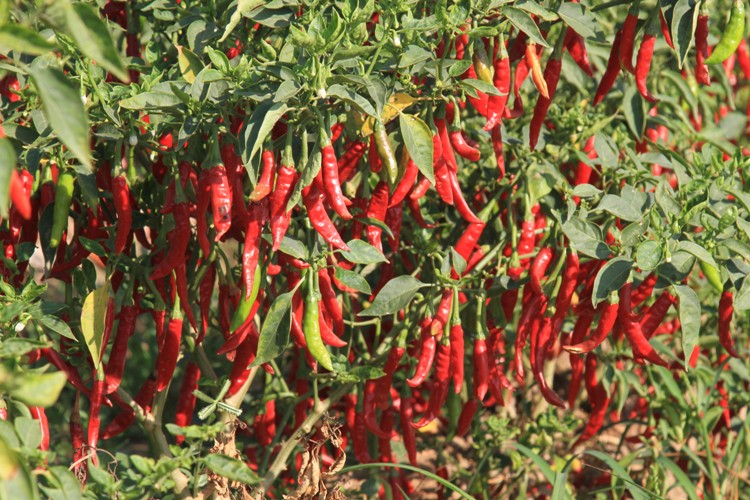 Finance Minister Nirmala Sitharaman announced in the budget that India will go ‘back to basics’ in agriculture. Andhra has already taken steps to reverse course. But Vivian Fernandes finds that former Chief Minister, Chandrababu Naidu, was prepared to spend Rs 16,000 cr, much of it borrowed from foreign agencies, including banks, ostensibly to shift the state’s farmers to debt-free natural farming.

Megabucks were chasing Andhra’s drive to convert all its six million farmers to a form of regenerative agriculture that strikes at the root of the country’s agricultural research, education and extension system. Chandrababu Naidu, who in an earlier stint as chief minister was a champion of information technology, wanted to take the rice bowl’s farmers back to the pre-synthetic-urea age. The state was prepared to contract debt supposedly to make its farmers debt-free with Zero-Budget Natural Farming (ZBNF). Will Chief Minister Jaganmohan Reddy complete what Naidu began?

Andhra’s initiative was perhaps in Finance Minister Nirmala Sitharaman’s mind when she announced a “back to basics” move to “Zero Budget Farming.” We need to “replicate this innovative model through which in a few states farmers are being trained in the practice,” she said in her budget speech. But why did she not back it with money? The programmes which ZBNF can draw from ─ Rashtriya Krishi Vikas Yojana (RKVY) and Paramparagat Krishi Vikas Yojana (PKVK) ─ have a modest Rs 200 cr increase in outlay to Rs 4,050 cr.

According to Rythu Sadhikara Samstha (RySS), Andhra’s official agency that is driving ZBNF, it will cost Rs 16,452 cr for the state’s six million farmers to make the switch by 2023-24. The cost of covering each farming household is Rs 25,550, of which Rs 1,000 is for one-time subsidy on inputs. The rest is for skill development, institution building, marketing support and management oversight. Apart from drawing on RKVY and PKVK allocations, Andhra was preparing to borrow from private and multilateral agencies. This was to be facilitated by the Sustainable India Finance Facility (SIFF) put together by the United Nations Environment Programme (UNEP), World Agroforestry Center and the French bank, BNP Paribas.

There was much celebratory talk in the presence of Naidu at an event in Vijayawada in June last year. The FAO representative said upscaling would need “visionary leadership” and “funding agencies.” FAO would be in the middle, providing knowledge. France, he said had passed a law for “much more” natural farming. An offer of French experts and expertise was made.  BNP Paribas’ global management committee member said Andhra would be the first state of its size to have “purely natural agriculture.” The bank was invested in achieving sustainable development goals (SDG); it had projects worth $175 billion. With the “incredible products” and “all those evidences,” that ZBNF works in Andhra “we have the argument to convince” investors like pension funds, he said.

But do India and Andhra need to go back to basics and transit beyond France’s “much more” natural farming to “purely natural” farming? Is the Green Revolution broken? Foodgrain production has been rising year after year, except when weather is very unfavourable. The net availability of food grains per person has increased from 395 grams a day in 1951 to 494 grams per day despite the population increasing by 3.5 times during this period. This has been made possible by the extension of irrigation and the use of high-yielding varieties which are responsive to the application of fertilizers.

Andhra’s progressive farmers have been quick to adopt new technology and improved practices. Though food grain production has declined from an average of 18.6 million tonnes to 15 million tonnes over the past 10 years, its farmers are moving in sync with changing Indian diets towards value-added fisheries, horticulture and livestock rearing. These have a greater share in its agri-GDP than field crops.

Padma Shri awardee Subhash Palekar’s ZBNF is based on the stimulation of microbial activity in the soil. This is supposedly achieved by applying a bacterial culture made by fermenting cow dung and urine with additives like besan and jaggery. Mulching ─ spreading straw or crop residues on the soil surface ─ is meant to conserve moisture and suppress the growth of weeds. Aeration of the root zone area is insisted upon.

These are good agricultural practices. Even Green Revolution farmers are advised to add farmyard manure or vermicompost to enhance soil texture and microbial activity. Under Conservation Agriculture, ploughing is barred. Sowing is to be done with seed drills in fields where the previous crop’s stubble is left to decompose naturally. ZBNF is called zero-budget because the income from subsidiary crops planted with the main crop compensates for cash inputs. This is not unique to ZBNF; it is advised for garden crops like coconut. Even aeration or waaphasa happens when drip irrigation is practiced.

Palekar draws glares from the agricultural research establishment when he says “the output of the Green Revolution is only destruction: of the soil, water, environment and human health.” He blames it for cancer, diabetes and even AIDS.  For him, it is a conspiracy to create dependency among farmers for fertilizers, pesticides and hybrid seeds.

Palekar’s science is questionable. According to him only the dung of Indian cows is effective as a soil inoculant. That of the black-coloured Kapila cow it the best. For fermentation, the dung should fresh and cow urine as old as possible. Palekar says the dung of one Indian cow can fertilize 30 acres. (Palekar estimates it at 11 kg a day, but how can it be uniform?) Peter Carberry, the Director-General of ICRISAT, the Hyderabad-based international agricultural research institute, said this was “clearly inadequate.”  He made the observation in his lecture to the National Academy of Agricultural Sciences in New Delhi.  Carberry said the recommendation of a practice must be based on prior evidence gathered as per scientific protocols.

Carberry was dismayed by NITI Aayog Vice-Chairman, Rajiv Kumar’s effusive endorsement of ZBNF in a two-part article in a financial daily in April.  He said it was an innovation that could be readily exported (how, if the dung of indigenous cows is required?) without awaiting certification from ‘respected foreign institutions’. (His quotes)

This writer visited Palekar’s village, Bellura, in Amravati district and found none of the farmers practicing ZBNF. The caretaker of his farm did not know the recipe of jiwamrita, the soil inoculant or beejamrita, the anti-fungal coating for seeds. He said he had applied the dung of six cows and six bulls (10 tractor-trolley loads) to the 11-acre farm when according to Palekar one cow is enough to fertilize 30 acres.

Palekar said there was no need to apply jiwamrita after three years by when the field’s microbial level would have reached saturation point. Does anyone fertilize a forest, he asked. The objective was to make the farm as regenerative as the forest. When Vijay Kumar Thallam, the co-Vice-Chairman of RySS was told about Carberry’s remarks, he said every acre of land had 78,000 tonnes of nitrogen. He was referring to nitrogen in the air, which soil microbes would make available to plants through ZBNF. Were we not feeding ourselves before urea (that is, the process for manufacturing it was invented in 1908), he asked. (Diseases and food inadequacy kept populations in check, actually).

This writer has met or spoken to four farmers who say ZBNF works for them. Two of them were growing garden crops like coconut, areca, banana and betel leaves. C. Sanjeeva Reddy, 66, of Ashok Nagar, Anantpur said his Sona Masuri rice yields from 33 acres of own and leased fields were slightly less than chemically-grown rice, but he got three times the price. He had his own brand: Prakriti Vyavasayam. 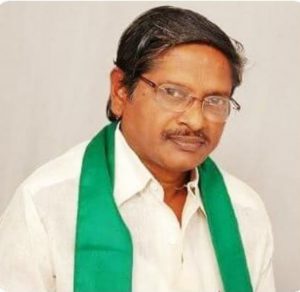 But M.V.S. Nagi Reddy of Vijayawada, who also practiced ZBNF for 10 years, had a different story. His rice yields under ZBNF were 20 percent below the average and he was not able to convince farmers in his village or the block. An M.Sc in genetics and plant breeding from Allahabad University, Reddy has now restricted ZBNF to half an acre of paddy for own consumption. “I need profits for my family,” says the farmer who was an advertisement for ZBNF. Now he rears fish on 80 percent of his family’s 100-acre farm. On the rest, he grows rice and pulses the conventional way.

The back-to-basics leap must await the results of ZBNF trials being conducted at four locations under the aegis of the Indian Council of Agriculture Research (ICAR) and an investigation by a committee appointed by NITI Aayog.

(Top photo by Vivian Fernandes of a chilly farm in Kurnool: chillies need heavy doses of pesticides; can ZBNF make them disease-free?).