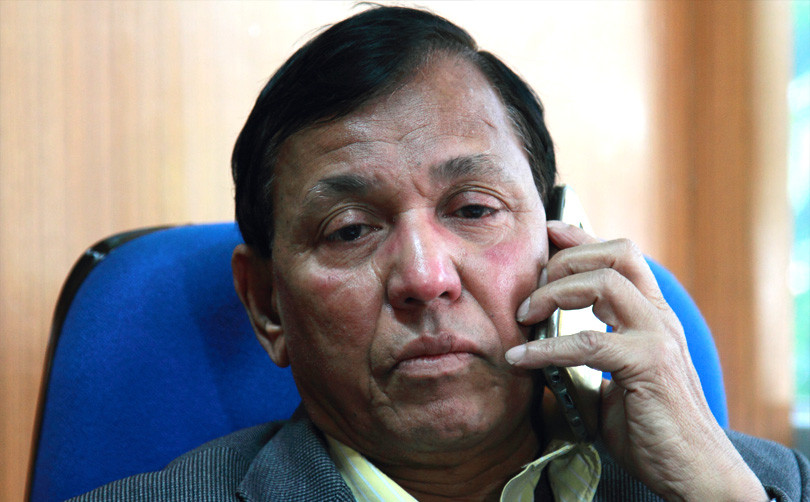 After launching a highly-subsidized crop insurance scheme, the government is crafting a law to facilitate leasing of farm land.

In June 2011, farmers of two mandals in East Godavari district of Andhra Pradesh took a vow before the revenue officer to observe a ‘crop holiday.’ They declared they would leave farms uncultivated in the coming season to protest the ban on export of rice and its movement by rail to other states, even though more of it had been produced than the government could procure.  Prices had fallen below support prices and farmers were suffering losses.

Ravi Chandra, who was the district’s collector at that time, gave another twist to the story.  He said farmers could afford to keep land uncultivated because they were themselves not cultivating it; they had other sources of income, like aquaculture and poultry. The profitability of rice cultivation was declining, he said; in some areas it was a losing proposition. The farms were being let out; informal tenancies were rampant.

But Tajamul Haque, who is chairing a ten-member NITI Aayog committee for drafting a model land leasing law, says the NSSO’s figures are an underestimate. His own 2004 study in seven panchayats of Kerala’s Kottayam district found that 61 percent of holdings were tenanted. This, in a states that has banned leasing!

Informal tenancies are making a comeback as holdings are shrinking.  Four out of every five holdings are of less than two hectares or five acres. Between them they cover 44 percent of the operated area (includes farmed land).

Tenancy legislation, enacted soon after Independence, was meant to protect the poor by abolishing zamindari and conferring ownership rights on tillers. Tenancies were viewed as a feudal inheritance. Leasing and sub-leasing were prohibited or discouraged.

But landowners, being politically powerful, thwarted the legislation.  Ownership rights of only four percent of operated land was transferred to tenants by 1992, according to a book by P A Appu. And 97 percent of the transfers took place in just seven states: Assam, Gujarat, Himachal Pradesh, Karnataka, Kerala, Maharashtra and West Bengal. It is unlikely that all large owners themselves cultivate. They must be letting out land for cultivation informally.

In Kerala and J&K leasing is banned. In other states widows, soldiers, minors and disabled persons are allowed to lease out land. In some states there is no express prohibition but tenants have the right to purchase the leased in land after a certain period. In West Bengal only sharecroppers can lease land. In Andhra Pradesh and Tamil Nadu, land owners can resume only half the land leased out for personal cultivation. In tribal areas leasing is not permitted without official permission.

This is not only a fetter on individual liberty, it also deters owners from letting out land if they are not interested in agriculture or are engaged in more profitable activities. Keeping land fallow for fear of losing title to tillers is a waste.

The restrictions are also anti-poor. Without formal tenancies, cultivators cannot obtain subsidized fertiliser and loans. Owners tend to borrow cheap and lend dear to cultivators.  Tenants cannot get crop insurance cover, which is usually tied to bank loans. Even calamity relief is denied them. It goes to the owners.

Women are getting into agriculture as men engage in more paying activities. The latest agriculture survey says nearly 13 percent of holdings are cultivated by women and they account for ten percent of the cultivated area. Machines must be deployed to reduce the drudgery of home-makers doubling up as cultivators. Rising wages also make mechanization necessary. For this, farms have to be of a certain minimum size.

Kerala and Andhra have allowed group leasing by impoverished women. In 1999, the Kerala government launched the Kudumbashree poverty eradication mission through women self help groups. In 2004, groups of four to ten women were allowed to lease up to 12.35 acres each in three-way agreements involving the local panchayats. By 2010-11, 38,000 groups had cultivated 59,000 acres and produced 207,000 tonnes of agricultural produce. This had benefited 230,000 women.

In Andhra Pradesh, the Deccan Development Society, a government sponsored non-profit, has been encouraging women to lease land in for cultivation since 1989. In 2013, about 14,000 women were engaged in cultivating about 4,000 acres in this manner.

In 2011, the Andhra government enacted the Licensed Cultivators Act, which made informal tenants eligible for loan eligibility cards with which they could get bank loans, input subsidies and crop insurance. In 2011-12, about half a million cards were issued. But a survey conducted by Haque two years later for the World Bank found only 15 percent of the card holders had got bank loans. About 3,700 tenant cultivators were interviewed for the survey in five districts and 22 villages.

About sixty percent of tenants had not applied for the loan cards because they were not aware. Those that had cards did not get bank loans because the owners had already taken loan on their plots, or banks were doubtful about the credit-worthiness of the tenants. Only a third of the tenants felt that the cards were useful.

A flaw in the law, according to Haque, was the short duration of the license. The cards had a validity of only one year. Banks hesitated to lend because they had no recourse if crops failed. If the validity was longer, they could hope for repayment in good harvest years.  The cards also left a paper trail. They were entered in the Record of Rights with the revenue department. Owners feared a future populist government could use the information to confiscate their land.

The consolidation of holdings through leasing will improve efficiency and productivity. If the tenures are long, and owners do not have to fear loss of title, tenants will make investments in land. Agriculture is not uniformly unprofitable. High value protected agriculture can be quite paying. Haque thinks it is the only way to retain educated rural youth in farming.  He cites Andhra farmers doing profitable agriculture in Karnataka’s Bijapura and Kolar districts on leased land. This correspondent has met farmers in Punjab, Gujarat and Maharashtra who have leased in land for growing wheat, potatoes and bananas. The annual rent varies between Rs 25,000 to Rs 45,000 an acre.

There is also the trend of ‘reverse tenancy,’ that is, large farmers leasing in land from smaller ones, so they can spread fixed capital costs (on farm equipment) over a larger area.

Haque says economic forces can be suppressed but they cannot be wished away. In stock markets there is a saying that the trend if your friend. The proposed leasing law recognises the truth of that statement.

This report was also published in thequint.com on 21 January, 2016

We look forward to your comments. Kindly post them in the ‘comment’ box or mail them to smartindianagriculture@gmail.com