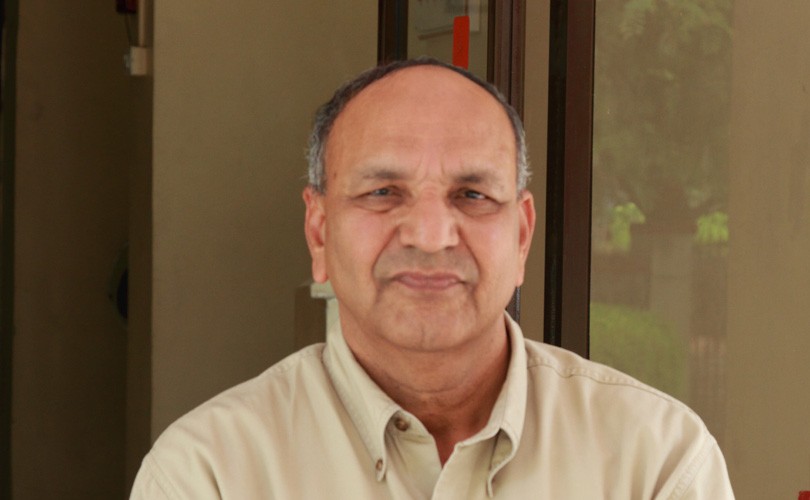 How can sugarcane grown on less than five percent of Marathwada’s total cultivated area aggravate the water crisis, asks Venkat Mayande in a conversation with Vivian Fernandes in Pune.

‘I totally reject the hypothesis that sugarcane has caused scarcity of water,’ says Venkat Mayande, vice-chancellor of Panjabrao Deshmukh agricultural university, Akola for five years till 2012. He was a member of the Vijay Kelkar committee on balanced development of Maharashtra regions and wrote the chapter on Marathwada. The committee gave its report in October 2013. It was placed in the state assembly in December 2015. A panel of MLAs is studying the recommendations.

Mayande, a native of Latur, where a train supplies drinking water, remembers fetching it by cart when drought hit it in the early 1970s. An analysis of agro-climatic zones by the Indian Council of Agricultural Research (ICAR) shows Marathwada likely to have rainfall deficits every five years and a drought once in every eight. But back-to-back droughts like the current one are rare.

Chatting in Pune where  he lives, Mayande says cane grown on 2.1 lakh ha of Marathwada’s 46.12 lakh cultivated hectares cannot have aggravated the water shortage. But he admits that one-hectare of the crop consumes 25 million litres of water annually. If it were drip irrigated, half the quantity could be saved for protective irrigations to crops like pigeonpea or tur.  That is the way out, he says, because the two-decades-old cooperative sugar mill movement, which has brought prosperity to the region, cannot be dismantled without much pain.

If Marathwada is to cope with future water challenges it must invest in water shed development because it has only one major river, Godavari. The rest are minor rivers.  Of course, water allocated to Maharashtra from the river Krishna and the Vaitarna, can be brought to the region, but politics has impeded progress.

Marathwada has 49.85 lakh ha of potential area for watershed development but hardly eight lakh ha have been treated as such. In other words, the structures have not been created to arrest the run-off of rainfall to recharge aquifers. The cultivation practices have also not been aligned. If crops are grown across slopes and along contours, the flow of rainwater can be slowed to enhance percolation. Instead, one sees target chasing. Farm ponds (three meters deep) and open wells are indiscriminately sunk to meet quotas without regard to their location for maximum harnessing of rainwater. Black soil silt settling in the wells makes them useless in about five years.

Mayande has recommended a New Command Area Development Authority (N-CADA) headed by an agricultural engineer to manage the release, distribution and use of water from dams. If all the rivers in the region were tapped, 10.76 lakh ha of perennial irrigation capacity can be created. Currently, they have a capacity of 4.13 lakh ha but even that is inefficiently utilized. N-CADA would have agronomists, economists and other specialists as members. Based on water available, they would decide the crops to grow. Extension workers would guide farmers into growing them. CADA currently is an appendage of the irrigation department. It has little authority. The department has engineers with little understand of crop water use. The release of water if often not synchronized to crop needs.

Marathwada experiences a couple of dry spells of more than 15 days every rainy season. Protective irrigation during this period would help crops like pigeonpea deliver on their potential yield. The crop flowers seven times, but these wither in intense heat, eroding the yield. With irrigation, pigeonpea yields could rise three fold to 3-3.5 tonnes per ha. Policies also matter. If the government assures farmers on prices, as with cane, they would not hesitate to install drip irrigation systems in pigeonpea fields.

Mayande regards soybean as a guest crop. Yields have stagnated after more than a decade of high productivity. Soybean is sensitive to both dry spells and excess water. What is more, it depletes the soil of nutrients because it has the highest protein content among pulses (42 percent) compared to pigeonpea’s 24 percent. The fat content is also high at 20-25 percent. Because of the unrelenting cultivation of soybean over the years, soil health has suffered.

Maize would be a good replacement as it has high demand from the poultry and starch industries. It is also a short duration crop like soybean, but consumes less water and in a better converter of sunlight. Maize is more feed than food crop, and its consumption increases with rising GDP because food habits change from cereals to animal proteins (eggs, milk, dairy products, poultry meat) with rising incomes.

The drought has made farmers conscious of water conservation. Now is the time to push micro-irrigation and also harness water scientifically.