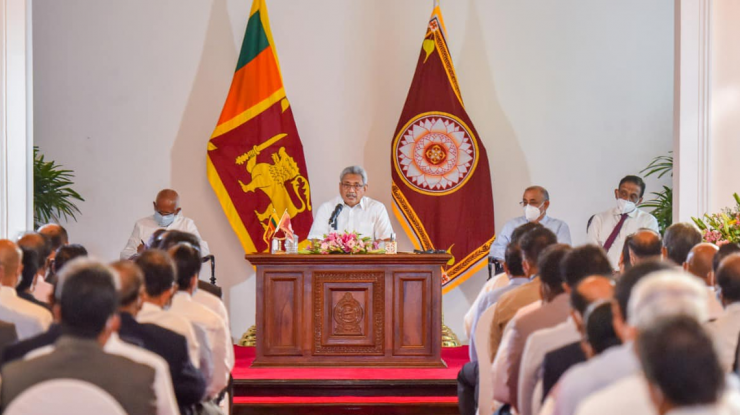 Sri Lanka has banned the import of chemical fertilisers and agrochemicals at a decision its cabinet took on 29 April, abiding by the ‘Vistas of Prosperity and Splendour’ National Policy Framework. Sri Lankan President Gotabaya Rajapaksa said the use of chemical fertilisers has led to better harvests but has also contaminated lakes, canals and groundwater. The health sector, he said, has pointed out that chemical fertilisers have led to a number of non-communicable diseases including chronic kidney disease (CKD). In order to produce a healthy and productive citizenry people must have the right to access non-toxic and balanced diets, he said. Sri Lanka imports chemical fertilisers worth $400 million a year. With the ban, it will not only save dollars but could also become the world’s first organic-only state.

Agricultural scientists have criticised the decision. Writing in The Sunday Times, Saman Dharmakeethi said it could cause loss of forests and a food crisis.  The proponents of organic agriculture say that in the long run there will be no loss of yield and even an increase in productivity as compared to chemical agriculture. The professor disagrees. Three scientifically rigorous meta-analyses, he said, of organic versus conventional crop yield comparisons published in the last few years show yield reductions across all crops of about 10-25 percent in organic agriculture. Dharmakeerthi is professor of soil fertility and plant nutrition at the faculty of agriculture, University of Peradeniya in the city of Kandy.

Dharmakeerthi says CKD is prevalent among farmers in the dry zone. This has been attributed to high levels of cadmium and arsenic in imported Triple Super Phosphate (TSP). But there is no study, he says, that conclusively links heavy metals in TSP and other chemical fertilisers to CKD. According to him, recent scientific evidence confirms that bio-available potential toxic trace metal concentrations in agricultural soils and drinking waters are well below the EU-defined maximum permissible levels. He adds that cyanotoxins (produced by blue-green algae), fluorides and hardness in well water have been shortlisted as possible causes according to an article published in the Nature Scientific Reports.

The professor says organic-only nutrient management technologies need not necessarily be environment-friendly. In Nuwara Eliya (Central Sri Lanka) where vegetables are intensively cultivated high levels of phosphorus are present in soil. The application of compost in the quantities needed to provide the vegetables with the required nitrogen will result in raising the phosphorus level as well. If five tonnes of compost containing two percent nitrogen and 0.5 percent phosphorus is applied per hectare, 25 kg of phosphorus will be added every season. Run-offs from such organic-only fields would raise plant nutrient levels in water bodies to excessive levels and also accelerate cyanotoxicity.

The solution, Dharmakeerthi says, is to impose and enforce strict regulations to check overuse of chemical fertilisers. Farmers should be educated about the ill-effects of over-use and they should be given incentives to adopt eco-friendly fertiliser technologies. Site-specific nutrient application based on need assessment done through soil and plant testing, use of good quality organic manures and effective bio-fertilers can reduce the demand for chemical fertilisers.