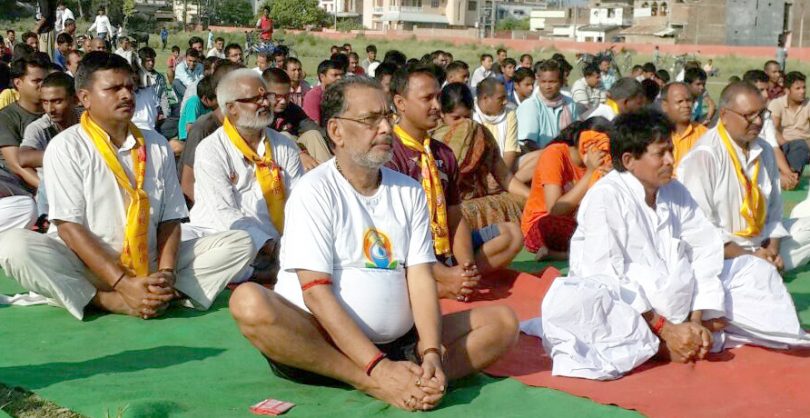 Vivian Fernandes reports on the perils of inviting the government to control cottonseed prices nationally. This article was first published in the Financial Express.

In August 2015, its 27 members had asked the National Seed Association of India (NSAI) led by chairman M Prabhakara Rao of Nuziveedu Seeds to petition the agriculture ministry to bring Bt cottonseed under price control nationally. The ministry obliged in December that year. Three months later, it cut the price of Bollgard-II (BG-II) cottonseed by 4 percent to Rs 800 a pack even while slashing the trait fee payable by seed companies to technology provider, Mahyco Monsanto Biotech (MMB) by 70 percent from Rs 163 a pack to Rs 49.  Seed companies rejoiced.

The move has boomeranged. The government has clawed back some of the gains it had passed on from MMB to seed companies. In a late night notification on Monday, it cut the price of BG-II cottonseed by Rs 60 to Rs 740. Seed companies will take a hit of Rs 50 per pack; MMB will lose Rs 10 for the genetically-modified (GM) insecticidal Bt trait it licenses.

The realization may have dawned on seed companies that they erred by inviting the government to play the referee. They should have sorted out differences with MMB among themselves.

These differences are mainly between Rao and Monsanto. According to a Reuters report of March 2017, Rao had in April 2015 planned to take his company public. It says Nuziveedu Seeds had filed a draft prospectus in preparation and had sought a 10 percent cut in royalty from MMB, but the latter had not obliged. That had angered Rao.

In November 2015, MMB terminated the franchises of Rao’s three companies for not paying trait fees as contracted. Rao maintains that they are not obliged to pay more than the fee prescribed by the state and central governments. This contention has been upheld by the Delhi High Court, but is under challenge before a larger bench.

NSAI had wanted the trait fees to be abolished on the grounds that it does not work against pink bollworm, which has extensively damaged the cotton crop in Maharashtra. As for American bollworm, another deadly cotton pest, NSAI said the predecessor technology, BG-I, is effective against it and since it has gone off patent, no trait fees are payable, and farmers can use it instead.

Abolishing fees on patented traits would have questioned India’s respect for intellectual property rights. It would have had chilling effect on investors, and possibly angered the US government.

NSAI had also wanted BG-II to be denotified, but Nagpur’s Central Institute of Cotton Research and representatives of the Gujarat government had said during a meeting last year that it had not lost its potency and pink bollworm in BG-II plants could be contained by following certain practices.

NSAI had sought a price hike to Rs 945. The Federation of Seed Industry of India (FSII), which broke away from NSAI in August 2016 on the issue of price control and trait patents wanted the maximum retail price raised to Rs 875 but would have settled for Rs 850. Both are disappointed.

“It is a shock to us,” said M Ramasami, Chairman and Managing Director of the Salem, Tamil Nadu-based Rasi Seeds and President of FSII, reacting to the agriculture ministry’s notification.

The newly-notified prices do not even account for inflation over the past two years, Ashwani Yadav, Executive Director of FSII said. NSAI’s comments could not be obtained. Multiple calls to its Executive Director, Kalyan Goswami, were not answered.

An agriculture ministry official, who dind’t want to be named, said seed companies by their own admission were paying Rs 330 per pack to farmers producing the seed. The balance of Rs 371, minus the trait fee of Rs 39 would leave them enough profit after accounting for distributor and dealer margins, marketing and packing costs, financing charges and overheads. Many of the seed companies claim R&D costs without actually undertaking any research, he said.

While admitting this was true of most seed companies, Ramasami said the bigger players in the acutely-competitive cottonseed market owe their position to the research they undertake. Rasi Seeds, he said, employed 10 cottonseed breeders who were doing research on a 120-acre plot in Salem. They were supported by a staff of 15.  The increase in India’s cotton production was mainly due to high-yielding varieties developed by Indian research-based seed companies. MMB’s Bt trait had helped by protecting those yields from bollworm attack.  One of Rasi’s best-selling cottonseed hybrids, RCH-659 was brought to market in 2012 after more than 10 years of breeding activity. But it took three years of demonstration and education in good agronomic practices for it to catch the fancy of farmers. Continuous research is required for a hybrid to remain ahead of the competition, Ramasami said.

Not all cottonseed is sold at the maximum retail price. But companies that maintain trait purity and germination quality above the government-notified standards do not discount their prices by much.

Last year 40 million packets were sold. Assuming that they were all sold at highest permitted price (which is not the case), the industry would suffer a setback of Rs 200 cr. MMB would take a hit of Rs 40 cr.

Bt cottonseed prices were brought under price control for the first time in 2006. At that time it was retailing for Rs 1,800 a pack and the trait fee was Rs 1,200. Farmers complained and the Monopolies and Restrictive Trade Practices Commission and state governments intervened.

Agriculture Minister Radha Mohan Singh has taken a shine to price cuts after the farmers’ agitation in Madhya Pradesh last June. On the day five persons were killed in police firing in Mandsaur, he was in Motihari doing yoga with Ramdev. When reporters asked his comments, he reportedly said, “Yoga kijiye” (do yoga). Thereafter, in an effort to manage the optics, he cancelled a visit to China and told pesticide manufacturers to reduce prices. Seed companies voluntarily offered to discount prices (other than those of price controlled Bt cottonseed) by 10 percent.