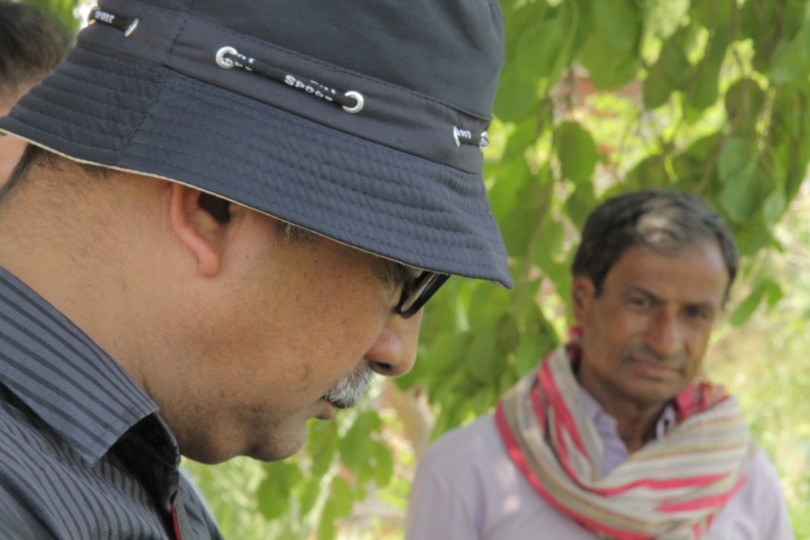 Since end of February, we have been at it, travelling across the country, talking to farmers so we could bring their voices to urban television homes. We have been to Banaskantha, Rajkot and Amreli in Gujarat; Bardhaman and Hooghly in West Bengal; Jalgaon, Jalna, Aurangabad, Nagpur, Wardha, Yeotmal, Sangli and Kolhapur in Maharashtra; Ludhiana, Jalandhar and Nawan Shahr in Punjab; Panipat in Haryana; Jabalpur in Madhya Pradesh; Samastipur and Patna in Bihar; Coimbatore and Dindigul in Tamil Nadu; Cuttack and Bhubaneshwar in Orissa; Mathura, Aligarh and Kanpur in Uttar Pradesh; Hyderabad in Telangana and Gulbarga in Karnataka.

In these five months we have experienced various shades of Indian summer except the one that would put it in the shade. We have seen soils of various hues and textures: the yellow alluvial of the north-west India, the calcareous white of the eastern Gangetic plain, the clayey black vertisols of central India, and the laterite red of the deep south.  We have travelled through palm-fringed landscapes, golden-hued flatlands, undulating terrain and watery lowlands.

We believe that policies need to support the enterprise of farmers. They must be encouraged to produce quality stuff, efficiently. The concerns of consumers need to be addressed with a separate set of tools.

In this ten part series we have taken up issues: contract farming, water conservation, farm mechanization, and producers’ organization.  We have also dealt with specific crops like corn, cotton, pulses and rice.

Shooting and scripting for this series has been like a school on wheels for us. We have tried to satisfy our own curiosity answered before commenting. We have learnt. Hope you do to.