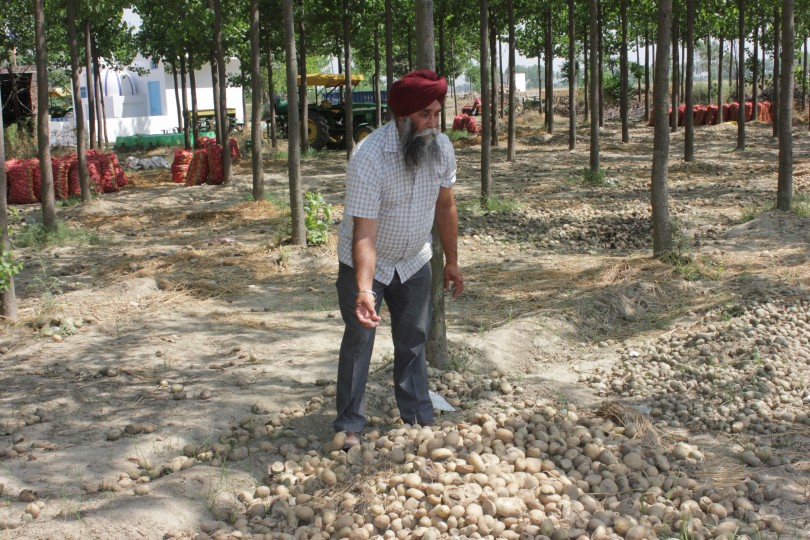 (Photo of a farmer in Punjab’s Nawanshahr contemplating his wasted potato harvest in 2015. By Vivian Fernandes).