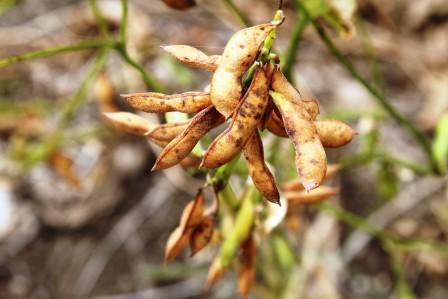 This is an email which the Shetkari Sanghatana, a union of farmers based in Maharashtra, sent yesterday to SEBI Chairman, Ajay Tyagi. It was forwarded to us by Anil Ghanwat, President of the Sanghatana and Member of the Supreme Court-appointed committee on farm laws. The letter has been lightly edited to align it with our editorial style and to iron out grammatical wrinkles.

Shetkari Sanghatana has learnt that there is pressure from the soybean processors lobby to ban futures and options trading in soybean on NCDEX. This lobby is saying that soybean prices have risen above Rs 7,000 per quintal due to speculation and not demand-supply situation to justify the ban on futures.

In this connection, we are getting a lot of requests from farmers and FPOs (farmers’ producer organisations) to bring the facts to the media and to SEBI about the reasons why soybean prices are so high. From the beginning, we have been against the faulty crop estimation process in India, because of which prices of agricultural goods become volatile and farmers lose money. In soybean, we have surveyed in Marathwada and Vidarbha region and put forth our observations:

1. Sowing of soybean in this season was the same as last year or five percent more. The early sown soybean production was normal, but a large part was late sown crop which was severely damaged due to heavy continuous rains at the time of harvest in October. In many villages, the damage was one hundred percent but the average loss of production in the two regions was about 30-35 percent compared to last year. The quality was also bad in many cases.

2. The government and SOPA’s (Soybean Processors’ Association of India) estimate of  125-130 lakh tonnes at the beginning of the season and SOPA’s estimate of 110 lakh tonnes now, are not correct. Feedback from our FPOs in Madhya Pradesh and Rajasthan indicates that losses were more in those states. Hence, overall production maybe 85-90 lakh tonnes only, which is less than last year.

3. Our soybean is non-GMO (genetically-modified organism), so in Covid-19 situation demand for non-GMO soymeal is huge in the USA, Europe and Asia.  Looking at the soymeal price rise, soybean price is viable for exporters and domestic traders.

4. Soybean prices have risen in America due to a sharp rise in demand from China. It is not just Indian prices that are high. Also, prices of mustard-rapeseed, sunflower and palm oil are hihg due to global shortage and Covid-led demand rise.

5. Even if soybean prices are 60 percent higher than last year, they only compensate for lower yield and don’t give super-profits. If futures trading is banned, it will create panic and prices will fall drastically and farmers will suffer losses despite high demand for their produce. FPOs and farmers are already facing high input prices and inflation in all other goods which they need to maintain themselves and their families. Banning futures trading will be beneficial to the same trader lobbies which want to buy raw material soybean at cheap prices and sell their meal and oil at record prices to make super-profits. This happens year after year.

The ban on futures trading of soyabean will pull down prices drastically. This will turn the farmers away from producing oilseeds in the future. Only incentives for the production of oilseeds can attract farmers towards more production and make India self-sufficient in oilseeds.

However, now that the government has focussed on increasing farmers’ income through FPOs, it is the duty of all of us to ensure farmers and FPOs are not made scapegoats in the hands of trader lobbies.

In this connection, we request you to immediately decline any demand for a ban on futures trading. At the request of many farmers’ cooperative societies and FPOs, we request you to compulsorily involve them in the estimation of soybean production.