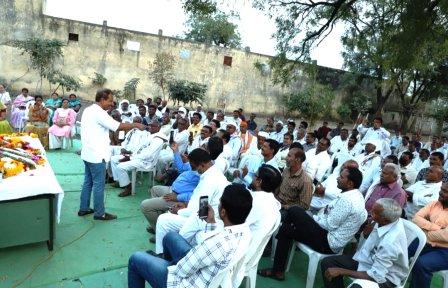 Opposing the demand of the farmers protesting on the borders of Delhi for legally-guaranteed minimum support prices (MSP), the Pune-based Shetkari Sanghatana in its representation to the Supreme  Court Committee on Farm Laws says it exposes their “trade union mindset.” MSP, it says, was originally intended to shore up market prices through government intervention. But it is now assumed to be a binding commitment on the government. “Nothing can be farther from the truth or good economics.”

The Sanghatana says it is “high time now that the farmers of this country are convinced to say goodbye to the bad era of (trade) restrictions, (export) bans, MSP, FCI (Food Corporation of India, which procures on behalf of the government), and APMCs (Agricultural Produce Marketing Committees – that date back to the ‘sixties).”

The Sanghatana opposes MSP and procurement because they produce a two-tier system of prices that cause complications, including corruption. Procurement benefits a small number of farmers, it says. Part of the produce is procured from farmers. The other part is bought by APMC actors (traders and commission agents acting in cahoots with officials and politicians) from states where market prices are low (because of little procurement) and sold to the government at MSP. It is these APMC actors who benefit, and not the farmers who sold the produce.

The quality of commodities across states is variable. Madhya Pradesh’s wheat is in better demand than wheat from say Punjab or Haryana. But MSP is uniform and doesn’t do justice to quality.

Procurement by FCI at MSP has hurt the long-term interests of farmers in states like Punjab and Haryana by depleting groundwater and damaging soil health though over-use of fertiliser and by not encouraging crop rotation. This is unsustainable, environmentally and even economically. 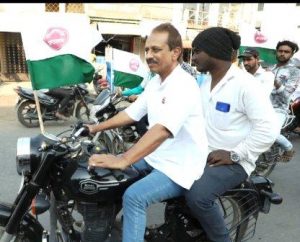 Procurement at MSP through the regulated markets does not help processing industries, the Sanghatana says, because they don’t get choice varieties. Instead, they have to buy a mix of varieties. There is no differentiation based on crop variety, taste, digestibility, colour and geographical influence under the present ‘one-size fits all” system of the regulated markets where only ‘fair, average quality’ is sold.

If MSP were legally guaranteed and all 23 commodities for which MSP is declared were procured, the government would find it impossible to set up the infrastructure needed. Currently, even though almost all of Punjab and Haryana’s wheat and common rice is bought by the government, in the other states the private sector is quite active.

Imposing legal compulsion on private traders to buy at MSP is “immoral and undemocratic,” the Sanghatana says. It “will destroy the whole market system of the nation.”

The Sanghatana says any government intervention to stabilise prices of agricultural commodities will be a “sinister mechanism to lower prices.” Markets must remain open and free, its asserts.

The union quotes its founder Sharad Joshi who called APMC regulated markets as the “slaughterhouses of farmers.” They have done little to allow prices to rise above the cost of production or shorten the chain of intermediaries between farm and the kitchen.

APMCs have “perfected the art of looting farmers by diverse and devious practices,” through delays, cartelised price manipulation, non-transparency, fake receipts, pocketing of (mandi) cess and head loaders exploiting farmers through high charges. Hence it is necessary to restrict their powers to their physical confines. Variation in APMC laws across states has resulted in fragmented markets. State governments are unable to challenge the hold of the APMC actors. Even private market players tend to look to APMC markets for guidance on transaction prices. APMCs, the Sanghatana says, have affected the growth of agri-markets and have harmed farmers. It says the central government should not only not repeal the law that allows cess-free trading outside the regulated markets, but also insert a provision in the law to privatise the APMC mandis.

The union commends the centre for enacting the laws. It admits that agricultural market reforms are the domain of states. But powerful lobbies of traders in association with politicians blocked reforms. So far, efforts at harmonising state-level laws have taken the form of appeals and entreaties, the most recent recommendation being the Agricultural Produce and Livestock Marketing (Promotion and Facilitation) Act of 2017.

The three laws which the centre has enacted are the culmination of prolonged efforts at changing the “stifling” environment of regulated markets to allow more room for private players.  The Sanghatana urges the centre “not to compromise at any cost.”

(Top photo of Lalit Bahale at a meeting of the Shetkari Sanghatana at Akot, Akola, Maharashtra on 5 February 2021 upon taking over as Executive President. Photo courtesy of the Sanghatana).