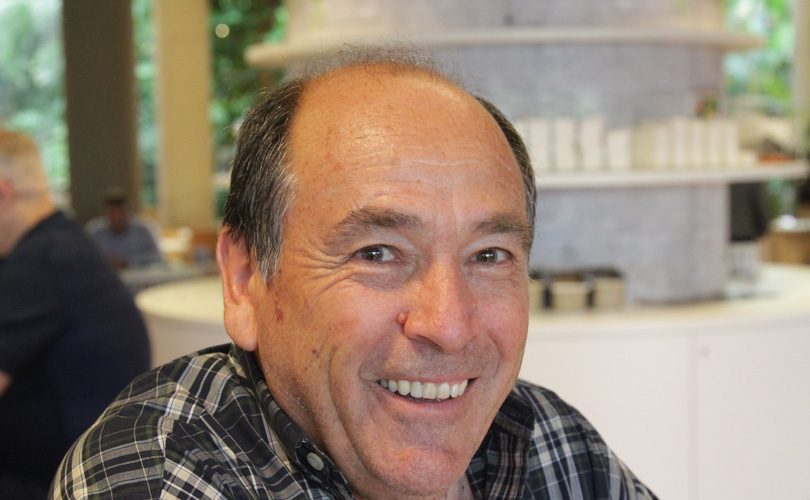 Miguel Altieri is Professor of Agroecology at University of California – Berkeley in the
Department of Environmental Science, Policy and Management.  He defines agroecology as the maintenance of a productive agriculture that sustains yields and optimizes the use of local resources while minimizing the negative environmental and socio-economic impacts of modern technologies. Vivian Fernandes caught up with Altieri at Bayer’s Future of Farming Dialogue 2019 in Monheim, Germany, for this short interview.

Professor, are you saying that the future of agriculture lies in the past?

No it doesn’t lie in the past. What I said is there are many systems of traditional agriculture that have stood the test of time, something that we still have in the Andes and in Mesoamerica. These systems have existed for 5,000 years and more. They are sustainable and resilient for some reason that we need to understand. We are not going to rely only on modern innovations. We need to understand what people did in the past. It is back to the future.

In India, we have a Hindu nationalist government which believes that all that is good and great in agriculture happened in ancient India. But traditional knowledge did not feed all our people and we had to depend on imports of American grain till the Green Revolution.

I am saying that there is a lot of knowledge that we need to rescue from traditional farmers. For example, there are systems (of rice cultivation) 3,000 metres above sea level, in the Andes. There rice beds are surrounded by water and farmers can grow crops in the midst of frost. The water absorbs heat during the day and releases it during the night. That is something we can learn from. In addition to that farmers grow fish in the ponds and so there are other benefits.

The other approach is to develop a potato that is resistant to frost. That is developed by somebody else.

How do we marry science with traditional agricultural knowledge?

First of all, we need to create a dialogue.  Unfortunately western science is arrogant. It sees traditional knowledge as something from the past and a product of ignorance.   Scientists should be humble enough to be able to talk to farmers. For example if you ask a farmer in the Andes how is your soil  and he (taps the feet) says this is good soil.  Crazy. In the University of California they never taught me to classify soil according to the sound of the soil.  They (Andean farmers) have been doing it for hundreds of years. We need to respect that. They also have other classification systems.

You said we should not be so much focused on yield…

If you look at a small farmer who has corn and beans and chicken and cow and this and this and that versus a large farmer that has only corn that farmer will produce 12 tonnes of corn per hectare but this (small) farmer will produce one (tonne). But he also produces eggs, milk, cheese…that is total output. When you look at the total output and not just the yield from one crop you will see that small farms are more productive than large farms.

Are they also more cost-efficient?

The reason why large farms work in the US is because of subsidies. And here in Europe the same thing.  If the subsidies are out that would be it! If they accounted for the externalities (negative public impact) they would be in a lot of trouble.

The innovations which the big companies talk about – are they going to make the farmers less autonomous?

No, much more dependent. The innovation they were talking about – proteolysis is an interesting innovation (which was mentioned at the Farming Dialogue) but it will cost a lot of money.  The companies that invest millions will have to get it back. Who can afford that? Big farmers, not the small farmer.  (Proteolysis is the breakdown of proteins into amino acids. Bayer has signed an agreement with Arvinas, a pioneer in proteolysis to use the technology to address weeds, pests and diseases).

To know more about agroecology you may visit the website https://agroeco.org

(Photo of Miguel Altieri by Vivian Fernandes, who was in Germany for the Future of Farming Dialogue at the invitation and expense of Bayer).