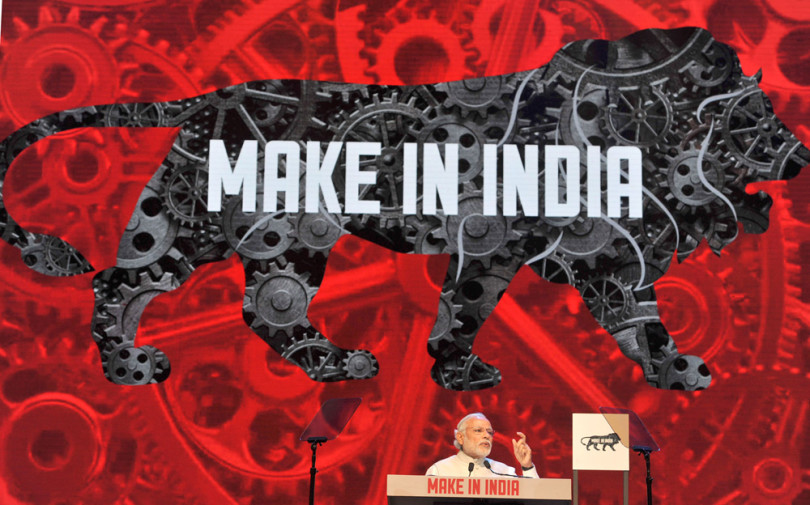 Rashtriya Swayamsevak Sangh (RSS) affiliates, Swadeshi Jagran Manch and Bharatiya Kisan Union, are behind the agriculture ministry’s move to bring Bt cottonseed under countrywide price control and the reduction in sale price and trait fees.
Writing in The Wire.com, Bhavdeep Kang says Home Minister Rajnath Singh ‘is believed to have played a significant role in moderating the Modi government’s stand on GM technology.’ Kang says Singh’s views on GM technology are aligned to those of the RSS. While in opposition, she says, he had questioned then agriculture minister Sharad Pawar over the Seed bill facilitating the registration of GM seeds.
(At an event organized by the Indian Merchants’ Chamber in Mumbai last September, Singh had said ‘Swadeshi is important as imitation of foreign economic model could not put the country in the forefront’, according to a Press Information Bureau release. ‘He appealed to members (of the chamber) not to ignore the Swadeshi concept,’ the release added – Editor)
Kang says the RSS’s aversion to GM technology is not shared by Prime Minister Narendra Modi whose ‘Make in India’ campaign website lists GM crops as an area of investment.
‘We attacked (Monsanto) on several fronts,’ she quotes SJM President Ashwin Mahajan as saying.
Meanwhile, agriculture economists Ashok Gulati and Shreya Sarkar have termed the agriculture ministry’s move to cap Bt cottonseed prices and slash trait fees payable to technology provider Mahyco Monsanto Biotech (MMBL) as events that could damage India’s cotton economy.

‘If Monsanto decides to quit India , Bollgard III (with herbicide tolerance) may not come, and Bollgard II (with two insect resistant genes) will wear off its potency in the next three to five years (as bugs develop resistance). The cotton revolution will be buried forever and the biggest losers will be Indian farmers.’
Gulati and Sarkar calculate India’s gain from Bt cottonseed since 2002 at $55 billion in averted imports, and extra earnings from exports of raw cotton and yarn.
The price of Bt cottonseed (Bollgard II) was cut unilaterally by the Maharshtra government last year from Rs 930 a pack of 450 grams to Rs 830. Earlier this month, the agriculture ministry reduced this further to Rs 800. It has also fixed the trait fee payable to MMBL at Rs 49 from Rs 163 which the company charges. If a 74 percent reduction in trait fees leads to a four percent cut in the price payable by farmers, who is gaining? ask Gulati and Sarkar in their article in the Indian Express.

Link to Gulati and Sarkar’s article

(Top photo: The Prime Minister wants to make in India while his party’s affiliates in the Sangh Parivar want to unmake in India. Courtesy: Press Information Bureau)