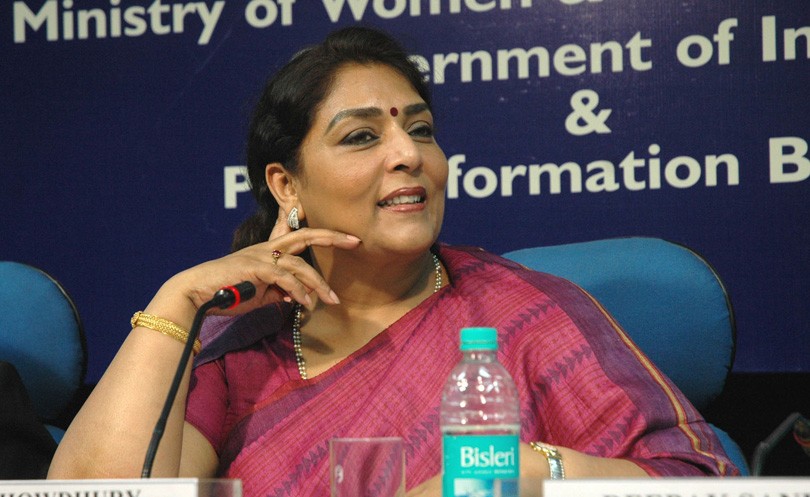 It is said that for those who believe no proof is needed and for those who do not, no proof is possible. Into which category should one slot a parliamentary committee, chaired by Congress MP Renuka Chowdhury, on “Genetically Modified Crops and its Impact on Environment”?

Six institutes of the Indian Council of Agricultural Research (ICAR) told the committee that their research showed that the sole GM crop approved for large-scale cultivation in India, that is, Bt cotton which has the bollworm-killing Cry 1Ac gene and a variant, implanted in it from a soil bacterium, is safe on the basis of animals fed with its leaves and oilcake.

The Central Avian Research Institute at Izatnagar in Bareilly, said it had fed Bt cotton, Bt brinjal, transgenic corn and Bt rice to broiler chicken of up to 42 days from nine years from 2003 to 2011. It said the response in terms of body-weight gain, feed intake, feed-conversion efficiency, immune response, carcass attributes and organ yield for both GM crops and non-GM crops was similar.

The Central Sheep and Wool Research Institute at Avikanagar in Rajasthan conducted a study on lambs in collaboration with the Central Institute of Cotton Research (CICR), Nagpur. There was no difference in the growth performance of lambs that were given feed containing Bt cottonseed and conventional cottonseed. The lambs consumed 168 gm of Bt cottonseed per day and did not have any apparent adverse effect on dry matter intake, nutrient utilization and nitrogen balance.

The Indian Veterinary Research Institute also at Izatnagar studied goats fed with Bt cottonseed. On post-mortem examination none of the goats, whether fed on Bt cottonseed or non-transgenic cottonseed showed lesions of toxicity. There was no variation in the haematological, biochemical, and serum mineral status. It was concluded that there was no toxicity of any kind in the goats fed concentrate mixture having crushed Bt cottonseeds. The share of this mixture in total feed intake was 25 percent and the animals were fed the diet for 90 days.

The National Dairy Research Institute at Karnal in Haryana conducted a study for four weeks on cows to see the side effects of the toxic transgenes in Bt cotton and their absorption in milk.  Cows in both the control and non-control groups improved their body weight during the study period and the weight gain was similar. Average milk yield during the 28-day experimental period did not vary significantly. The milk composition in terms of fat, protein, lactose, solid non-fats and total solids in both groups was similar. The toxic Cry 1Ac protein was not detected in milk samples. Lactating dairy cows of both the groups did not show symptoms of any disease, maintained their health and performed in a similar fashion when fed with non-Bt and Bt cottonseed oilcake as a source of energy and protein. The toxic genes were neither detected in milk not in the blood of cows that were fed with Bt cottonseed oil cake. “Hence feeding of Bt cottonseed as a source of protein and energy….. was considered to be as safe and as nutritious as non-Bt cottonseed”.

CICR carried out a field study involving a team of scientists for two years (2007-2009) by tethering six goats in one hectare of Bt cotton and one hectare of conventional cotton. They were fed continuously on the crops for four months and there were no differences in any biological aspects of the two sets of animals. The biochemical and health results showed that Bt cotton was safe for goats.

On this basis, and the literature on the subject, ICAR told the committee it had drawn the following conclusions on the impact of GM crops on animal health: (a) More than two decades of proven history indicates safe use of GM crops as feed to animals.  (b) Scientific methods used for the assessment of the safety of GM crops as food and feed are harmonized globally over the years (c) Bt cotton, Btbrinjal and GM mustard assessed by Indian regulators has proved to be safe as feed to animals. (d) No deleterious effect of GM plants approved for animal feed has been described.  (e) Gene constructs used for creating insect-resistant and herbicide-tolerant plants tested by appropriate bio-molecular methods are safe for animal feeds. (f) Methods used for safety assessment and recommendations of new plants for use as animal feed are appropriate for detection of any ill-effect on animal health and performance. (g) The absence of recombinant DNA, either as whole gene or gene fragment in animal products, milk, meat and eggs was confirmed in the results of 12 publications, based on several hundred samples.

But the parliamentary committee is not convinced. It notes that feeding trials of Bt cotton on some animals have been of very short duration. It “is not at all convinced” with the duration and the manner in which ICAR has conducted its trials to study the impact of GM crops on animal health. It is surprised that these trials were conducted “on a very limited number of animals” when they should have been done on a large number of animals (hundreds? thousands?)  and over “at least 2-3 generations”. (This could vary from a couple of months for broilers to a couple of decades for cows). The committee is also “wary of the methodology” opted by ICAR for conducting these trials.

The committee, therefore, is of the “considered view” that the Department of Animal Husbandry, Dairying and Fisheries should chalk out guidelines for the purpose and then conduct these trials under its supervision so that the veracity of these claims.

Why the Department of Animal Husbandry?  Because its secretary told the committee that “these trials are of short duration.” Hence, long-term feeding trials in all the species of livestock including fish must to be undertaken.   Once the safety of Bt cotton on animal health is established, the technology should be recommended to farmers through a package of practices.

This is beyond absurd. Indian farmers have been growing Bt cotton since 2002!

But the secretary’s remarks did not endear his department to the committee. It was “at a loss to understand” why it had not conducted the very trials he was suggesting for 15 years.

Then committee then turns to GM mustard. It asks why the regulator ─ the Genetic Engineering Appraisal Committee (GEAC) ─ has declared that the GM mustard hybrid, DMH-11, is safe for cultivation and recommended to the government in May that it should be allowed for commercial cultivation, when the Supreme Court is yet to decide on the matter. The committee ignores the reasons given by the GEAC. It ignores that fact that GEAC had consulted all stakeholders before adivising the government. The committee recommends a thorough “consultation with the concerned Government agencies, experts, environmentalists, civil society, and other stakeholders so that the nation is very clear about all its probable impacts before taking a call in the matter”.

This is what happens when fact-finding committees turn fault-finding ones. An earlier committee headed by the communist, Basudeb Acharia, made similar observations. On many issues there is little difference between the Congress, the BJP the Communists and the erstwhile Lohia’ites, whose totem, (the engineer) Nitish Kumar, is as implacably opposed to the technology.

(Photo of Rajya Sabha member Renuka Chowdhury courtesy of Photo Division, PIB. This photo dates back tot he time she was a minister in the UPA govt between 2006 and 2009).