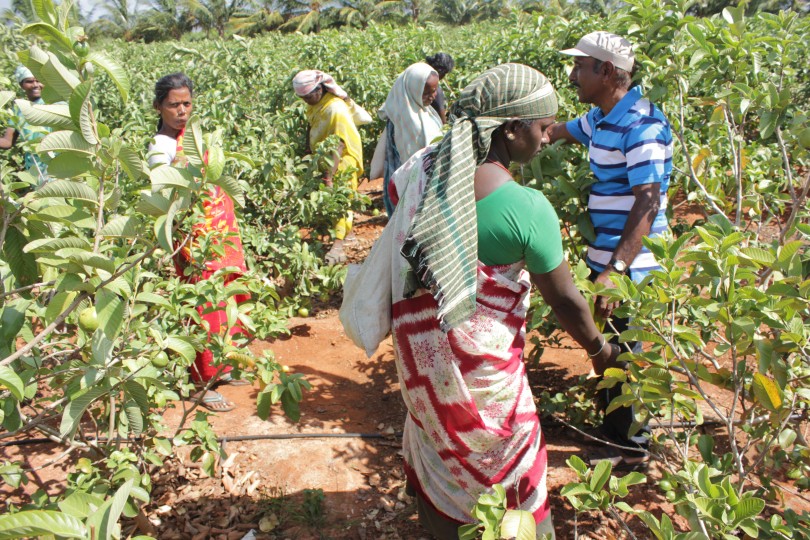 (Photo of workers in a guava orchard in Tamil Nadu. Photo by Vivian Fernandes)