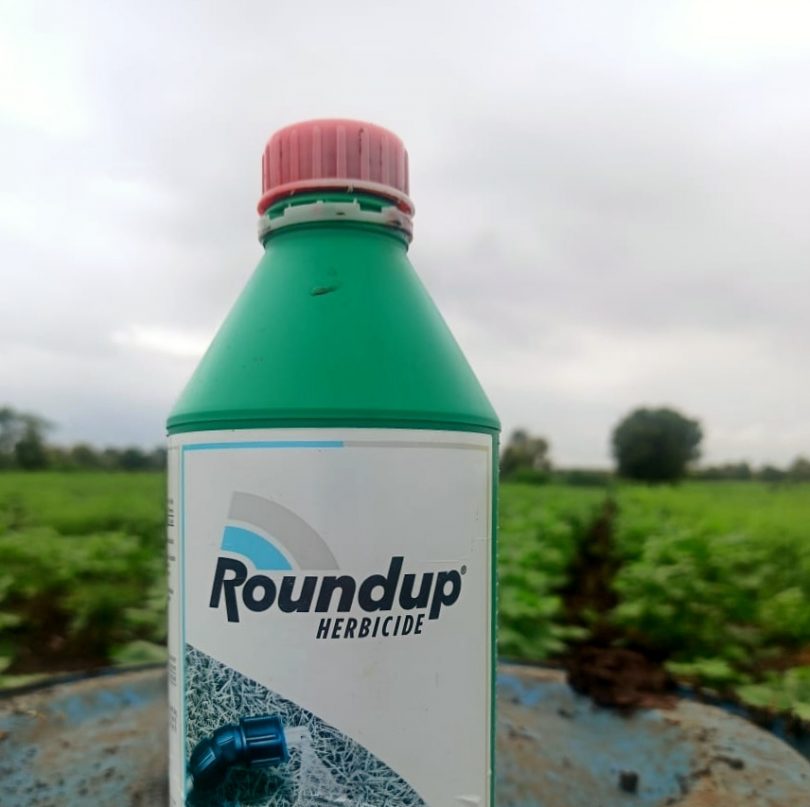 If a technical body under the Insecticides Act overrules the objections, farmers will not be able to spray the widely-used and inexpensive weed killer Glyphosate themselves but will have to hire the services of licensed pest control operators, reports Vivian Fernandes.

That will drive up the cost of spraying the weedicide and most likely compel farmers to flout the law. There are hardly any pest control operators in rural areas. They operate in cities and in ports.

In February 2019, the Kerala government had banned the sale, distribution and use of the weed killer. It extended the ban for another 30 days. Since it could not extend the ban, it requested the central government,  which can withdraw the registration certificate of any pesticide.

On 8 July, the agricultural ministry published a draft notification saying it intended to restrict the spraying of glyphosate to pest control operators. It gave a 30-day window for objections. Once the order is passed, all those who have the registration certificates for the weedicide will have to incorporate the warning, ’The use of the glyphosate formulation to be allowed through pest control operators,’ in bold in labels and leaflets.

The Kerala government had based its decision on the report of Kerala Agricultural University (KAU), which had been asked to look into the use of agro-chemicals, including glyphosate, after the death of two farm workers who were found to have used non-recommended pesticides. The report was signed by KAU’s then Director of Research, P Indira Devi. Devi declined to provide a copy of the report saying he had not authored it. Kerala’s Agriculture Secretary Rathan Kelkar, who is engaged in Covid-18 duty, directed this correspondent to an official, who failed to provide the report because “it’s not in the public domain.”

Devi said her committee found that while the use of insecticides and fungicides was decreasing in the state that of glyphosate was increasing by six percent annually. She said though the weedicide is approved for use only in tea gardens and non-cropped areas, it was being used in paddy fields.

Devi said the chemical does not accumulate in soil. It degrades. But it leaches into water bodies. Kerala has a large number of ponds, lakes and backwaters. The chemical is not meant for use in aquatic systems.

But KAU had not recommended a ban. It had wanted the chemical to be used “scientifically.” For this, the central and state governments would have to train people at the village level in the proper use of pesticides as pest control operators in agriculture are “non-existent.” Devi said.

“Weed problem is a big problem,” says K G Padmakumar, Director of Kuttanad’s International Research and Training Centre for Below Sea-Level Farming.  He said the weedicide is being used “indiscriminately.” Instead of flooding the fields to prevent the emergence of weeds and the sprouting of stubble in harvested fields, farmers spray glyphosate and burn the residue, to make the fields ready for the next planting of paddy. As Kerala gets heavy rainfall, there is vigorous growth of weeds. Manual weeding is expensive given the state’s high wage rates. Glyphosate does the job quickly and neatly. In 2017-18, Kerala used 129 tonnes of glyphosate, which was 17 percent of the country’s consumption of the herbicide.

Glyphosate is a total weedicide. It kills grasses and hardy plants that have deep roots as it enters the leaves and goes into the roots through the stem. It acts by blocking photosynthesis. A few hours of bright sunshine after spraying is all it takes to kill a plant in about a week.  Other weedicides like glufosinate are not systemic. They are contact pesticides that act on certain weeds but not all.

This is the reason glyphosate is the largest selling weedicide globally since it registration in the United States in 1974. In India, the annual consumption has been 526 tonnes on average over the past five years.  Most of the production is indigenous and there have been no imports over the past two years. It is not the largest consumed weedicide in India. Another chemical, 2,4-D is and it is also proposed to be banned.

Worldwide, the consumption of glyphosate has zoomed because of the growing cultivation of cotton, corn and soybean genetically-engineered to be tolerant to the herbicide. When fields with these crops are sprayed, only the weeds get killed.

In India, herbicide-tolerant (HT) crops do not have regulatory approval. In August 2016, Maharashtra Hybrid Seeds Company or Mahyco withdrew its application for approval of HT cotton fearing that the government would not respect its patent and would arbitrarily reduce royalty payments.

But a committee set up by the Prime Minister’s Office reported large-scale planting of HT cotton. It said about 15 percent of the cotton area is planted with unapproved HT cotton. In June 2019, Maharashtra’s Shetkari Sanghatana, which believes in free agricultural markets and free access to technology, held public protest plantings of HT cotton in defiance of the law, starting with a village in Akola. It has continued the “satyagraha” even this year. The organisation has issued a press release protesting the proposed restrictions on use of glyphosate saying it will drive up the cost of cotton cultivation.

Though Prime Minister Modi allowed the cultivation of cotton genetically-modified to be poisonous to bollworms as chief minister of Gujarat in 2002,  his government has not approved any new GM crop since he became PM in 2014. The Swadeshi Jagran Manch is opposed to GM crops. There is speculation that it wants to shrink the area under HT cotton by making the use of glyphosate difficult.

When Kerala banned glyphosate last year, newspaper headlines almost unanimously called it “deadly.” Devi also says that the safety of glyphosate is contested. She said she had gone through the evidence presented by experts to a California jury which in 2018 had awarded multi-million dollar damages to a plaintiff, a school grounds keeper, who claimed he had developed Non-Hodgkin’s Lymphoma, a kind of cancer, because of prolonged glyphosate use.

There were two other trials in the US after that, including one where a jury awarded $ 1 billion in damages. In June, Bayer CropScience which owns the best-selling glyphosate brand, Roundup by virtue of its acquisition of Monsanto, settled close to one lakh claims by agreeing to a settlement of $9.6 billion.  It did not admit that the product causes cancer, nor did it agree to put a cancer warning on the labels. It has appealed the three previous awards and will continue to sell Roundup. It decided that a settlement was better than the uncertainty and cost of indefinite litigation.

Experts say that the link between glyphosate (which is off patent) and cancer is tenuous. In January, the US Environment Protection Agency reiterated that it is “unlikely to be a human carcinogen.”  The European Commission has allowed its use, under the current review, till December 2022. But in 2015, the WHO’s International Agency for Research on Cancer classified it as “probably carcinogenic.”

Anti-GM activists have used that classification to try and stall the spread of GM crops. If the herbicide cannot be used, herbicide-resistant GM seeds will be useless.

“Glyphosate is a wonder chemical,” says AR Sharma, former Director of the Directorate of Weed Research, Jabalpur and currently the director of research at an agricultural university in Jhansi. He says the herbicide has made conservation agriculture, that is cultivation without tilling, possible. No- till agriculture is good for the environment as it averts tractor emissions, improves soil fertility by enhancing its humus content and makes crops more resilient.

India’s per capita use of pesticides, including herbicides, is quite low. But farmers do not follow scientific practices. Sharma says they must keep four principles in mind: spray the right chemical in the right doses at the right time and with the right method.

Instead of raising the cost and degree of difficulty for farmers, the government should embark on a massive programme of awareness and education. But with corruption and indolence so rampant in the bureaucracy, bans and restrictions are seldom effective.

(Top photo of Roundup brand of Glyphosate by Vijay Mahadev Niwal, a farmer of Yavatmal district).