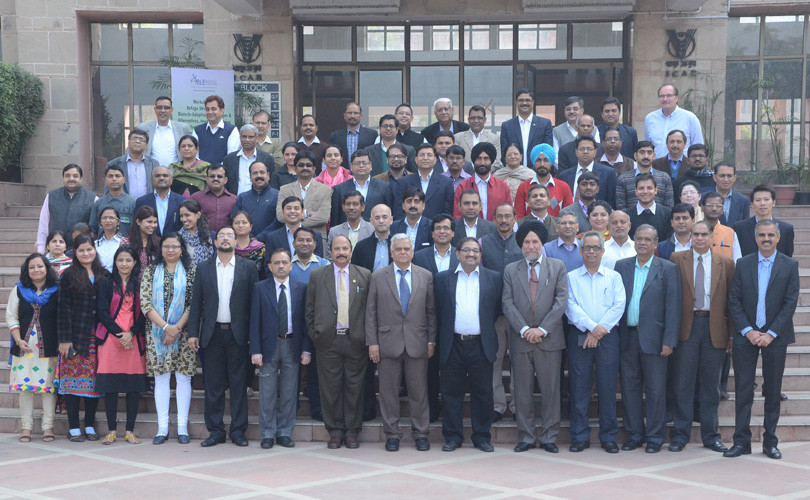 Bollworms were able to defeat synthetic pyrethroids in just seven years. Bt technology providers do want a repeat of the experience. To prevent the emergence of resistant bollworms, they want farmers to plant refuge crops, which the insects can feed on and multiply. But farmers are resisting the obligation. Amending the Seed Act, however, to supply blended seeds so farmers do not have an option is a fraught exercise reports Vivian Fernandes.

Thirteen years after genetically-modified Bt cotton was approved for cultivation, seed companies are anxious about prolonging its resistance to bollworms. A second workshop held on Tuesday, 8 December 2015 in Delhi within the span of a year on insect resistance management (IRM), underscores the worry of regulators, farmers, agricultural scientists and the seed industry, represented by thirteen member companies (agricultural focus group) of the Association of Biotech-led Enterprises (ABLE-AG).

Bollworms are one of the most destructive pests known to cotton. By boring into pods, and remaining beyond the reach of pesticides, they wreck havoc on the crop.

And they are quite resilient.

Since 2002, when it was approved for cultivation in India, Bt cotton has been able to hold their predation in check. It does so by incorporating, through genetic engineering, a toxin derived from a soil bacterium in tissues which the pest feeds on. But it is a losing battle. There is always a competition between attacker and host, says CD Mayee, former director of Nagpur’s Central Institute of Cotton Research (CICR), and a plant pathologist. The battle lasts longer for pathogens, he says, but insects keep the fight short and win. ‘If it (the bollworm) can down pyrethroids, one of the best molecules of insecticides in just seven years, I think Bt is nothing for the bollworm to really (put) down.’

Seeking to control pests, in other words, is futile; managing them is wiser goal.

To delay resistance, Indian regulators require growers to plant twenty percent of the cotton area, or five rows around the Bt crop with non-Bt cotton for the pests to feed on and multiply. ‘There is enough scientific evidence that resistance can be delayed if there is a refuge area,’ says S Raghavendra Rao, Adviser in the Department of Biotechnology.  China, he says, dispensed with refuge areas. As bollworms can feed on a variety of plants, the Chinese reckoned they would survive on wild vegetation. But they have revised that opinion, he says.

Indian seed companies supply non-Bt seeds with every packet of Bt seed they sell, But most farmers care more for yield that sustainability. They see plants grown only for pests to feed on as a waste and do not comply with the practice. Seed companies with equally short vision, or frayed scruples, also provide non-Bt seed as a formality; complaints about seeds that do not germinate are rife. ‘More than insect resistance I am worried about best practices,’ says Rao.

To reduce the pain of compliance, seed companies are prevailing on the government to reduce non-Bt planting to five percent. They cite South Africa, Australia, the United States and Brazil as examples. Gurjeet Singh Mann, a farmer, questions the very need for refuge area in the Indian context where farmers grow a variety of crops and not just cotton unlike in the west where vast tracts have a single crop.  Fallow areas, or pigeon pea and chick pea crops, can host bollworms, he says.

Mayee provides this argument qualified support. Refuge areas, he says, should not be prescribed for cotton farmers with kerchief-sized plots in rain-dependent areas like Vidarbha and Marathwada in Maharashtra. If regulators agree with his proposition, sixty-five percent of India’s cotton acreage will escape the obligation. Refuge areas should be prescribed for contiguous and irrigated cotton belts in Punjab and Haryana and parts of Andhra Pradesh and Gujarat, he avers.

To deny farmers an option seed companies want the government to allow non-Bt seeds to be mixed with Bt seed. Blending will ensure compliance, they assert. But farmers will have to be educated so they do not uproot bollworm- infested plants, or regard them as a sign of adulteration, says Vipin Dagaonkar of Bayer CropScience. He estimates that reducing the refuge requirement to five percent would cut the annual requirement of non-Bt seed by 4,500 tonnes.

‘We are with you in implementing a refuge strategy,’ assures J S Sandhu, Director-General, Crop Science, at the Indian Council of Agricultural Research (ICAR). ‘We want the technology to last longer.’  Climate change has made management of resistance difficult, he admits, and points to the whitefly outbreak in Punjab earlier this year. He seeks actionable recommendations for ICAR and the ministry of agriculture.

But blending will hit the hurdle of the Seed Act. Though Bt cotton hybrids are non-notified and do not come within the ambit of the Act, the law brings all seeds with the purview of the Essential Commodities Act (ECA). If minimum standards with regard to germination and genetic purity are not maintained, ECA penalties will kick in, says J S Chauhan, Additional Director-General, Seeds, at ICAR.

Given the political opposition to plant genetic modification (GM) technology, amending the Seed Act will be a fraught exercise. Anti-GM activists will paint it as a concession to corporates and multinationals. But delay will hasten the development of resistance and provide the activists yet another excuse to deride a technology which they anyways regard as redundant.

Insects seem to have figured out competing antagonisms in the Indian political system and are manipulating them in the evolutionary game of survival.

So the next time you call someone ‘Insect!’ remember you may be swatting intelligent life.

(Top photo: BLENDED: Participants of ABLE-AG’s workshop on refuge strategy for bollworms to delay resistance to Bt cotton.  Photo by Mukesh Kumar.  All other photos by Vivian Fernandes)