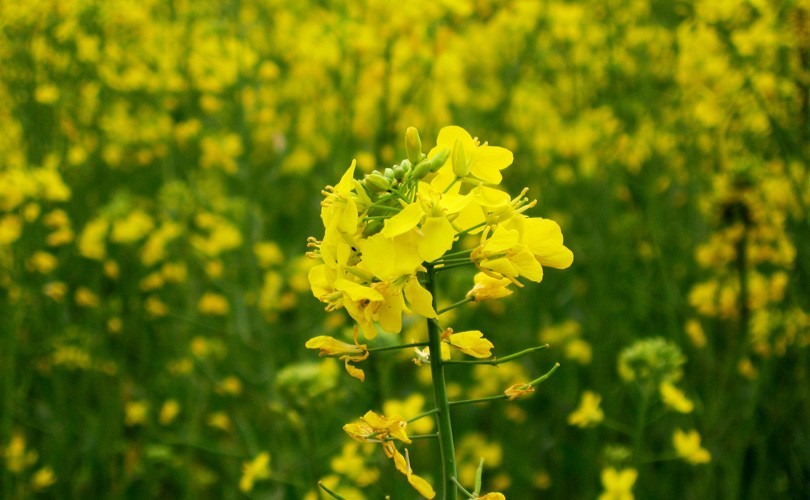 Anti-GM activists say India needs to restrain its appetite for cooking oil. They are willing to put up with import curbs than allow high-yielding genetically-modified hybrids to be grown in India. Deepti Sharma and Vivian Fernandes remind them of the years before 1994 when there were pervasive controls on the edible oil economy.

While trashing genetically-modified (GM) mustard developed by Delhi University’s geneticist Deepak Pental and his team, at a press conference in the third week of June, anti-GM activists led by Kavita Kuruganti said India’s high edible oil import bill was on account of loose trade policy. They pointed to the years before liberalization in 1994 when imports were a trickle.

In their quest for a GM-free India, the activists are willing to return to those times when consumers paid high prices for edible oils as the government tried to spur domestic oilseeds production with a restrictive trade policy. State Transport Corporation was the sole importing agency. Imported edible oil was sold through ration shops above international prices but 40 percent to 80 percent below domestic market prices, which were boosted with high duties. An estimated 55  percent of this oil was said to have been illegally diverted for blending with other oils. The bulk of the imports used to coincide with the arrival of kharif oilseeds into the market, causing a crash in prices when growers sold.

The World Bank says in a 1997 report that the import substitution policy was a conditional success. Production  of oilseeds doubled from 10 million tonnes in 1980-81 to 21 million tonnes in 1993-94. The Bank estimates that 59 percent of the increase came from technological change ─ 40 percent through cultivation of new oilseeds like soybean and sunflower, 12 percent through yield increases in rapeseed-mustard and 7 percent in groundnut. Area under oilseed crops, it says, grew 5.8 percent a year during this period ─ the fastest expansion of all major crops. They contributed 22 percent to all-India crop growth and also improved the regional balance of agricultural growth as oilseeds are grown in rain-fed areas like Saurashtra, Vidharba and Marathwada.

Groundnuts were also grown as a rabi crop. More area was devoted to rapeseed-mustard and groundnut even in the absence of higher oilseed prices, the report says. Higher prices made technology even more profitable.  In Madhya Pradesh and Karnataka land that was idle came under soybean and sunflower.

But self-sufficiency extracted a price.  Consumers paid  it. Import substitution was inefficient, says the World Bank. It drew resources to crops for which India has no comparative advantage. Market distortions were extensive. There were storage limits. Governments would curb the movement of oilseeds within states and between them. Oil extraction was reserved for small-scale industry, except that of low oil content seeds like soybean and cottonseed, where large solvent extractors were allowed.  Capacity utilization was low — 10 percent in ghanis and 30 percent in oil expellers which use metal screw-type presses – compared to 70 percent in the developed economies.  The World Bank estimated that Indian small-scale groundnut and mustard oil extractors had a 17 percent price disadvantage compared to China and 40 percent in comparison with United States and Canada. The world’s best solvent extractors, it said, used 12 percent of India’s solvent per tonne, half the steam and three-quarters of the electric power.

The policy was unsustainable because modest tariffs would make imports attractive and reverse the production achievements.

But edible oil imports have increased from a little over half a million tonnes in 1990-91 worth $182 million to 12.7 million tonnes worth $ 10.62 billion in 2014-15. Following trade liberalization in March 1994, edible oils were allowed to be freely imported at 65 percent duty. Export quotas on rapeseed-mustard and groundnuts were removed the following year.  When global crude oil prices zoomed in 2008, and consequently prices of palm oil shot up, imports were permitted at zero duty. Currently, crude edible oil can be imported at 12.5 percent duty and refined cooking oil at 20 percent duty.

India’s high import bill makes it necessary for India to raise domestic output. While growers need access to markets, and a higher share of the prices which consumers pay, productivity improvements are crucial. This is where Pental’s genetically-modified DMH-11 mustard comes into play.  In level one and level two bio-safety trials it has given an average yield of 2,824 kg per ha, which is 28 percent more than that of Varuna, a high yielding variety.

The funding for DMH-11 came primarily from the National Dairy Development Board (NDDB). Between 1989 and 1994, it was entrusted with market intervention operations to curtail imports and reduce the gap between open market and ration shop prices of edible oils.  According to the World Bank, this  was the first major step by the government to stabilize procurement prices of rapeseed-mustard, groundnut and edible oils. Through buffer stocking of oilseeds and edible oils, procured from within the country and abroad, prices were kept within a band which was supposed to be at least 40 percent above minimum support prices.

NDDB launched Dhara brand of cooking oils as part of the market intervention operation (MI) and funded Dhara Mustard Hybrid (DMH) -11. But the operation ended in failure. NDDB suffered a loss of Rs 272 cr and was compensated by being allowed to import 15,000 tonnes of cooking oil at a concessional duty of 20 percent. The research it funded is a saving grace.

The World Bank report says Indian exports of de-oiled cake fetches a discount because of high aflatoxin in groundnut oil cake due to poor post-harvest management. De-oiled mustard cake has high glucosinolates (which give mustard its pungency) and high erucic acid content which do not pass US and Canadian health standards. Pental’s team has developed Canola quality double-low (non-GM) mustard (low in glucosinolates and low in erucic acid).

(Deepti Sharma is pursuing an M.Sc (agribusiness) degree in economics)

(Top photo of non-GM mustard blossoms at a field in Jhansi district. Photo by Vivian Fernandes)