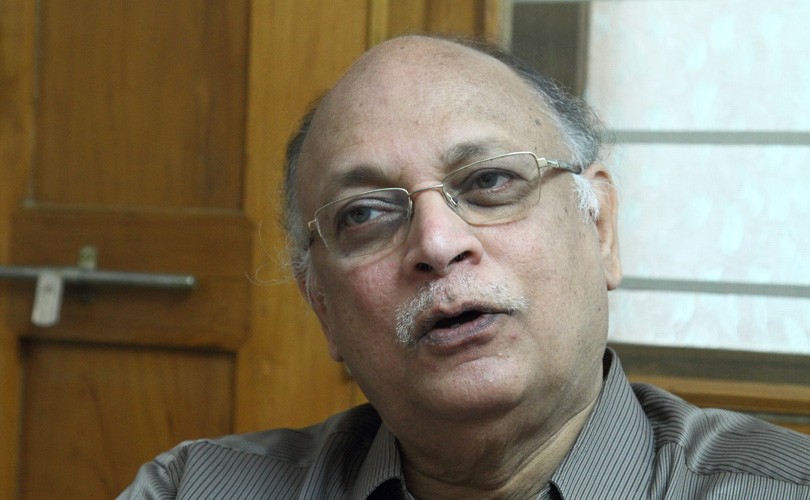 The Chairman of the Review Committee on Genetic Manipulation (RCGM) says genetically-engineered (GE) mustard and fruit borer-resistant Bt brinjal should be released for cultivation because the safety of the two crops has been demonstrated during confined field trials in the case of GE mustard and in farmers’ fields in Bangladesh where Bt brinjal is being cultivated since October 2013.

In an interview (also published in the Financial Express) at his residence in Secunderabad, B Sesikaran said “safe human use is evidence of safety,” and GE crops have not damaged the environment or posed a threat to human and animal health in the two decades they have been cultivated since 1996. A medical pathologist by training, Sesikaran has been chairman of RCGM for the past three years. Before that, for six years he was director of Hyderabad’s National Institute of Nutrition (NIN).

RCGM is the apex technical body under the department of biotechnology in the ministry of science and technology. It prescribes protocols for research and safety trials of genetically-engineered crops.

The GE mustard awaiting regulatory approval has been developed by a team of Delhi University scientists led by geneticist and former vice-chancellor of Delhi University, Deepak Pental.  He had submitted the risk assessment dossier to the Genetic Engineering Appraisal Committee (GEAC) in late 2015, so it could recommend it for open release.  DMH-11 has missed the 2016 rabi planting season as the government has been vacillating.

Mustard is a largely self-pollinating crop. The technique used by the Delhi University team is a more efficient hybridization method. It uses a foreign gene to create male sterility so that Indian and East European parents can be crossed, and another trans-gene to restore fertility.  This is known as the barnase-barstar system and is more efficient than conventional cytoplasmic male sterility process.

Activists have been alleging that the yield claims for DMH-11 are over-stated to which Sesikaran said this can be known only  when it is cultivated on a large scale. If the claims of the activists are right, the reasons for underperformance must be investigated, he said, and the hybrid improved upon. Drugs also go through three phase trials, based on which they are approved for use. After that for two years there is a post-market study. The  same rule can be applied to GE crops.

As for Bt brinjal, a moratorium on its release was imposed by then environment minister Jairam Ramesh in 2010 following noisy opposition from anti-GM activists. The genetically-engineered variety has a toxic gene obtained from a soil bacterium which makes it toxic to the fruit borer but not to humans.

Bangladesh approved its cultivation in October 2013 on the basis of Indian bio-safety data. “Has anyone died?” asked Sesikaran, who lamented that farmers across the border in West Bengal were suffering losses because the Bt variety has not been approved for cultivation in India.

Sesikaran said India’s regulatory system is good. Even before a genetically-engineered product comes to the RCGM for safety tests, its usefulness and sustainability has to be established by the applicant-company or institute. Though these studies are conducted by the applicants themselves, they are reliable, he said, because the data is verifiable.  This is how it is done in the drug industry and for any product awaiting regulatory approval. Once the application is made, RCGM prescribes protocols for safety testing based on international norms.  The risk-assessment data is reviewed for safety to humans, animals and the environment.  The report are placed before the GEAC so it can recommend release of the GE product for large-scale cultivation.

Sesikaran decried the paranoia of anti-GM activists who say experts sitting in the regulatory bodies often move to the private corporate sector, and this colours their judgement.  With this kind of suspicion “we will ultimately land up with activists as regulators.”

To think that government experts are “holy cows” and those from the private sector are “criminals” and their mingling should not be allowed is wrong.  If there is little interaction between industry and academics, science will not get rapidly translated into action. It is only in India that such a wall exists, which is why scientific papers are published but technology is imported.

If there is a revolving door between research institutes, regulatory bodies and the private corporate sector, public confidence can suffer. To shore it up, regulators abroad give detailed reasons why they have taken a particular decision. This is placed in the public domain, as was done in India with GE mustard. The entire 3,000-plus page document was not placed on the Internet for reasons of intellectual property rights, but a gist was uploaded so the public would be reassured.

Responding to Bihar Chief Minister Nitish Kumar’s letter to Prime Minister Narendra Modi opposing approval of GE mustard because “conflicts of interest plague the decision-making system” according to “some media reports,” Sesikaran said the allegations against him were not valid. Activists have said he must not be party to the approval of GE mustard because toxicological studies were conducted at NIN, of which he was director. Sesikaran said he did not influence the tests and he was in charge of “20 other departments.”  Nirmal Kumar Ganguly, the former Director-General of the Indian Council of Medical Research had wanted NIN to do the testing for drugs and GE crops because it has the facilities and the expertise. The data is verifiable, Sesikaran said.

His position as a “public trustee” of the Washington-based International Life Sciences Institute has also been cited as a “conflict of interest.”  The institute is an autonomous body set up by industry to promote science. Just because the consortium of funders has donors like Monsanto, the leader in GE crop research, Sesikaran said, a conflict of interest cannot be presumed.

(Top photo of B Sesikaran at his residence in Secunderabad by Vivian Fernandes).

(A report based on this interview was published in Swarajya Magazine on 8 February 2017. Here is the link).