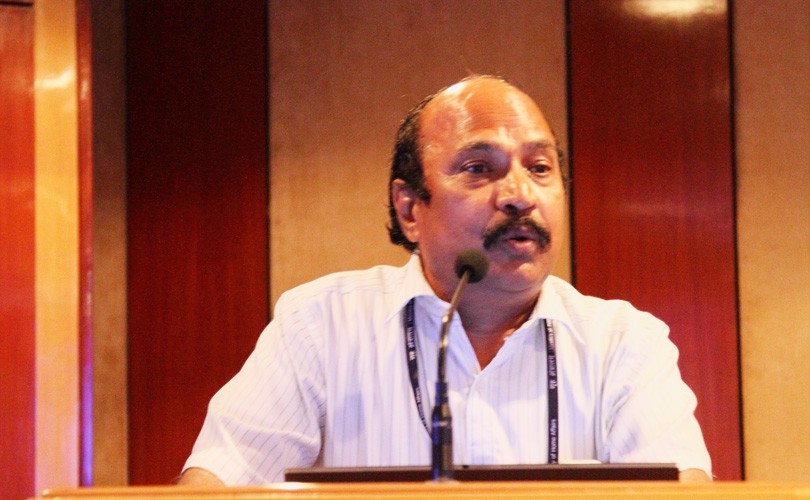 J S Chauhan, Assistant D-G (Seeds), ICAR suggests that farmers did not press for the December 2015 price control order on Bt cottonseed and says agricultural innovators cannot be forced to part with their technology. Vivian Fernandes brings you this report based on his speech at an event organized by the National Seed Association of India, which does not quite agree with him.

‘Technology developers should not be forced. There should be no compulsory licensing.’ J S Chauhan, Assistant Director-General (Seeds) at the Indian Council of Agricultural Research (ICAR) was unusually forthright at the workshop on intellectual property right issues in genetically-modified (GM) traits and seeds organised by the National Seed Association of India in Delhi on 26 August. His candour cut through the fog of self-serving talk at the event despite the caveat that he was speaking in his personal capacity.

Chauhan did not change his song to suit the organisers’ tune, unlike say, Tajamul Haq, the former chairman of the Commission on Agricultural Costs and Prices and current chairman of NITI Aayog’s special cell on land policy.  Haq said seed pricing could not be left to the market as ‘market in the true sense does not exist.’  The government would have to intervene to ‘balance’ the interests of seed and trait suppliers and consumers or farmers. ‘We should curb monopoly,’ Haq asserted. The country has always frowned on monopolies, he said, referring to laws like the erstwhile Monopolies and Restrictive Trade Practices Act and the current Competition Commission Act. It is another matter, that the MRTPC Act took socialist paranoia at private companies acquiring scale to such bizarre levels, that if their assets exceeded Rs 100 cr (in 1985), they had to take prior permission before expansion. The limit was removed in 1991. ‘We should all worry about monopoly,’ he said and asked why Monsanto was playing ‘such a big role in IPR issues.’

R R Hanchinal, Chairman of the Protection of Plant Varieties and Farmers Right Authority, also sat on the fence, instead of telling the audience whether GM traits could not be patented, as they are now, under the Indian Patent Act and whether they come under the Act which he administers ─ a position favoured by his hosts, and a recipe for weak intellectual property protection.  Instead he droned platitudes about India’s rich biodiversity (‘3,900 plant species’) being reduced, the climate resilience of seed varieties conserved by farmers, and the private sector’s lamentable lack of interest in conservation of biodiversity, with the exception of one group which has contributed to the Gene Fund, ‘thank you Dr Prabhakar Rao (the President of NSAI, which hosted him).’

‘Farmers have contributed so much,’ he reminded the audience  but ‘nowhere in the past three discussions’ (organised by NSAI to drum up support for dilution of patent protection for innovative plant traits) ‘has there been any talk of benefit sharing with farmers.’

Chauhan, who spoke before Hanchinal, asked what benefits the PPVFR Act has given to ICAR which has developed blockbuster rice and wheat varieties.  He told NSAI that the PPVFR Act did not allow even limited use of proprietary traits for commercial purposes. There could not be a free for all. The rights of communities to traditional varieties which they had conserved over time could not be interpreted to give seed sellers the right to snatch traits developed through research.

He also questioned the sequence of events leading to the December Bt cottonseed price control order of the agriculture ministry. ‘Did the circular come into force on the request of farmers?’ he asked. ‘Perhaps not,’ he said.

Chauhan asserted that farmers were not dumb. They paid for perceived value. ‘We sell mustard seeds for Rs 65. Some sell it for Rs 200.’

To those worrying about monopoly in cottonseed, he asked ‘what effort has been made by the Indian private and public sector to develop Bt?’