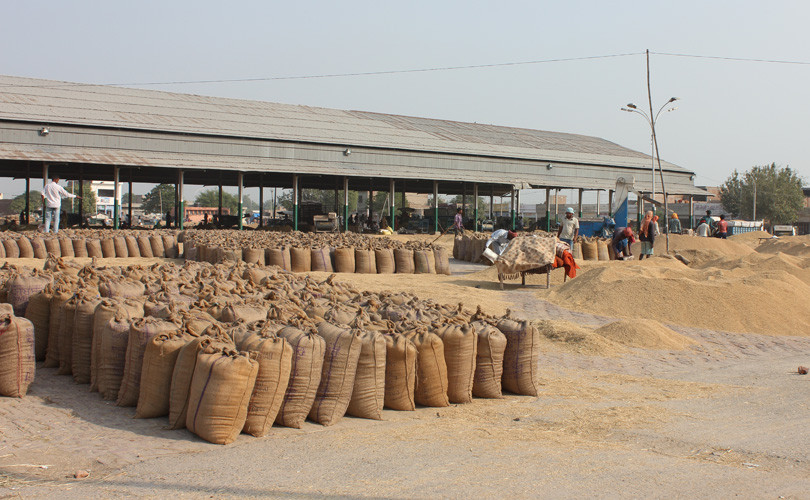 The Reserve Bank has allowed banks to offer the Punjab government a cash credit limit of Rs 17,523 cr as the first instalment for procurement of nine million tonnes of wheat, which started on 1 April, the Business Standard reports.  The newspaper quoted an unnamed State Bank of India executive. This was confirmed to the Indian Express by Vijay Kalra, President of the Federation of Arhatiya Associations.

Punjab had sought a credit credit limit of Rs 20,094 cr, which banks had refused after an RBI directive following the failure of the state government to account for stocks against which past loans had been made. The stocks are said to be non-existent.

The denial of cash credit has hit procurement operations. The Indian Express reports that 61 lakh tonnes of wheat has arrived at Punjab mandis since the beginning of April and 57 lakh tonnes worth Rs 8,700 cr have been procured at the minimum support price of Rs 1,525 a quintal, but farmers have not been paid. Payments are normally made within 48 hours.

Procurement is done by Food Corporation of India, Markfed, Punjab State Civil Supplies Corporation and Punjab State Warehousing Corporation through commission agents, who get bulk payment cheques. But this is conditional on banks offering credit to the procurement agencies.

The state government is in a quandary as elections are due in early 2017 and it cannot risk farmers’ anger. They are already seething from the loss of cotton crop to whiteflies last year. Farmers’ unions have threatened an agitation if they are not paid quickly. The state government had sought the intervention of the central government. On 18 April, Punjab Chief Minister Parkash Singh Badal had met Prime Minister Narendra Modi, the Indian Express reported.

(Top photo: Wheat procurement in 2015 at a Punjab mandi. Photo by Vivian Fernandes)