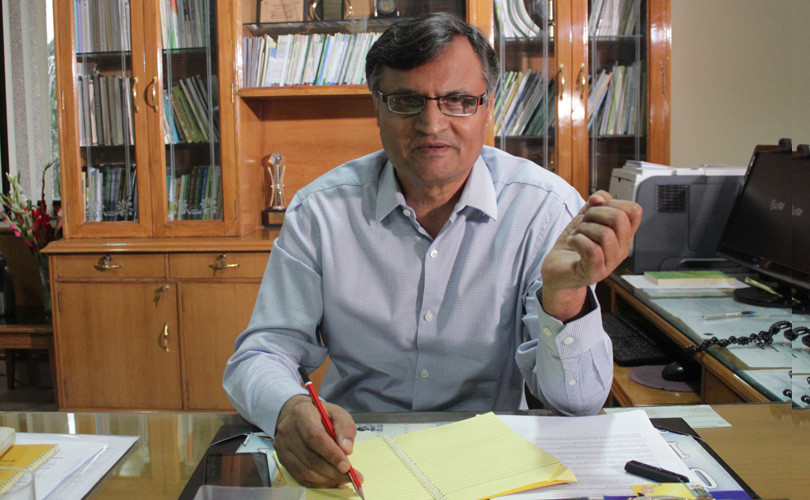 In NITI Aayog member Ramesh Chand’s view there are three ways of raising farm incomes and addressing the agrarian distress that emerged in the 1990s and got aggravated thereafter. Farm incomes can be raised by persuading farmers to cultivate high value crops, he says, in an article in the Indian Express One acre under such crops can generate more income than five acres under cereals. But they would require competitive markets. Agricultural markets, in Chand’s view, have not moved towards competitiveness and efficiency after the 1970s.

The second option is to scale-up farms. According to the 2010-11 agricultural census, 47 percent of farm households operate plots less than one acre, the average being 2,200 sq m. (One acre is 4,047 sq m). The liberalization of land lease laws will help both marginal and sub-marginal farmers to rent out their plots without fearing loss of title. The third option, according to him, is to provide alternate livelihoods.

Chand says there are many causes of agrarian crisis and farmers suicides. When a farmer’s income is chronically less than his family expenditure he borrows. He is forced to sell his holdings partly or fully if he cannot repay from crop income. The loss of honour as a loan defaulter can push him over the edge.

A farmer’s income can undershoot his expenditure if there is a crop failure or a price crash. In the absence of crop insurance, this can have a devastating effect on farm income. Mechanisms like deficiency price payments and price insurance for different sets of crops can protect farmers from market and price risks.

Chand also calls for extension of irrigation which, in his view,‘is the best insurance against crop failure’.